Radio station WMEE-FM was working with a local jewelry store, Rogers & Hollands. The store was preparing to host their Bridal Extravaganza – an in-store, three-day event showcasing hundreds of new ring styles and offering 60% off for all purchases made.

After talking with the sponsor, the station discovered it was most important for the store to identify people in the community who were actively in the market for wedding rings, so they could let them know about their upcoming event.

WMEE came up with the creative idea for a ballot featuring three of the new ring styles from the jeweler. Users would be able to pick their favorite ring style – great data for the jeweler to know which styles were most popular. 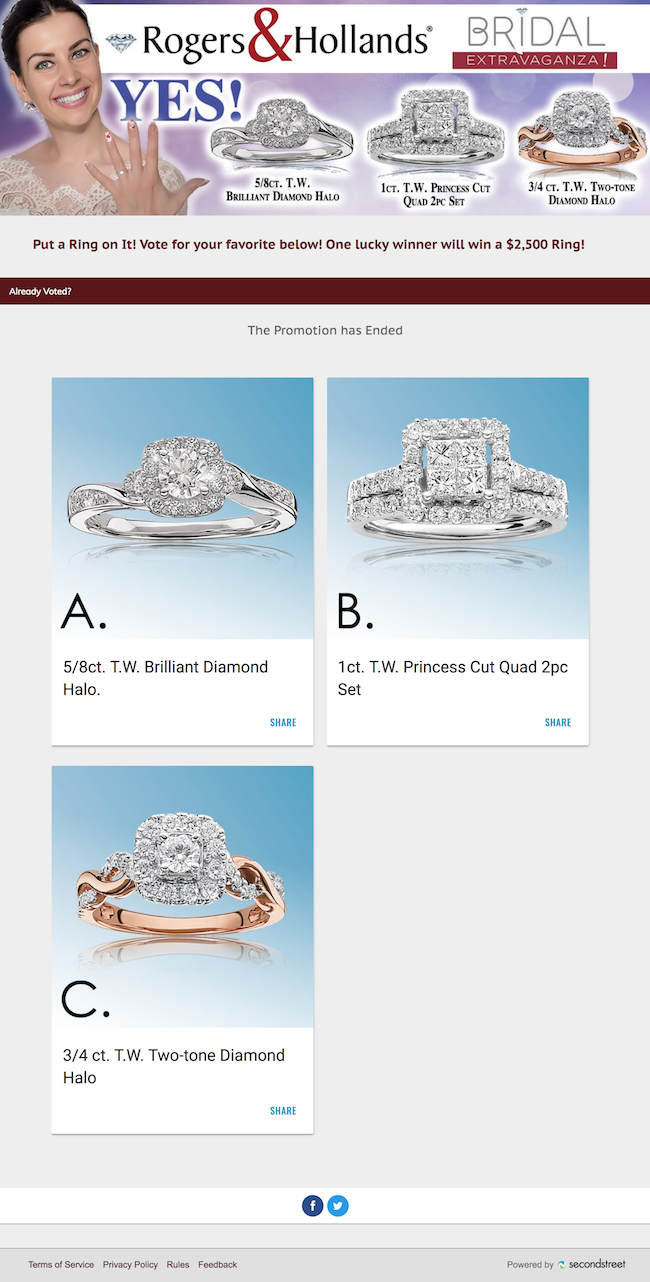 While a prize always helps bring in more entries, WMEE wanted to guarantee these were qualified entrants interested in wedding rings. So what better prize than one of the wedding rings on the ballot? The jeweler offered the ring of her choice (a $2,500 value) to one lucky grand prize winner. 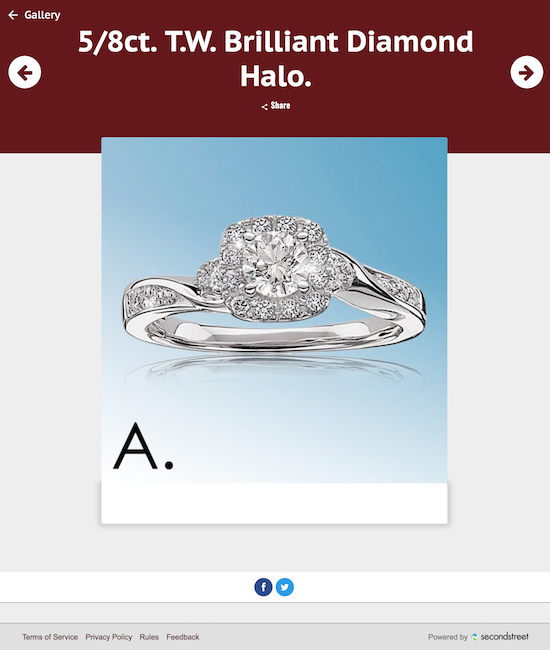 While the sponsor’s event was clearly displayed in the branding of the ballot, WMEE also included an opt-in for Rogers & Hollands. This way the jeweler could reach out to prospective customers about their event as it got closer.

To encourage participation, WMEE discussed the event and the ballot on-air. They also shared it on social media to create buzz about the contest and their upcoming event. 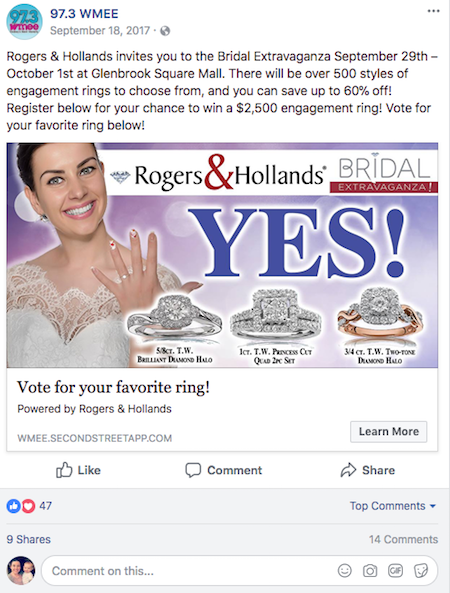 The ballot ran for the two weeks leading up to the Bridal Extravaganza. Nearly 1,000 people entered the contest, and more than 500 signed up to join the jeweler’s email database. They considered all of these highly “engaged” users. The whole campaign brought in $4,000 in sponsorship revenue for WMEE-FM and also grew their own database by over 700 new addresses.