The college basketball tournament is right around the corner. There are tons of opportunities to generate revenue with basketball promotions. Run a tournament bracket using the ready-made turnkey with big prizes provided by Second Street for an easy score!

After a successful year of their College Hoops bracket campaign, the Rockford Register Star changed their advertising package strategy. They created five levels of three-month long sponsorship packages to attract even more local businesses. This resulted in even more sponsorship buys and generated the paper $76,000 in revenue – a 65% increase! You can read the full case study here. 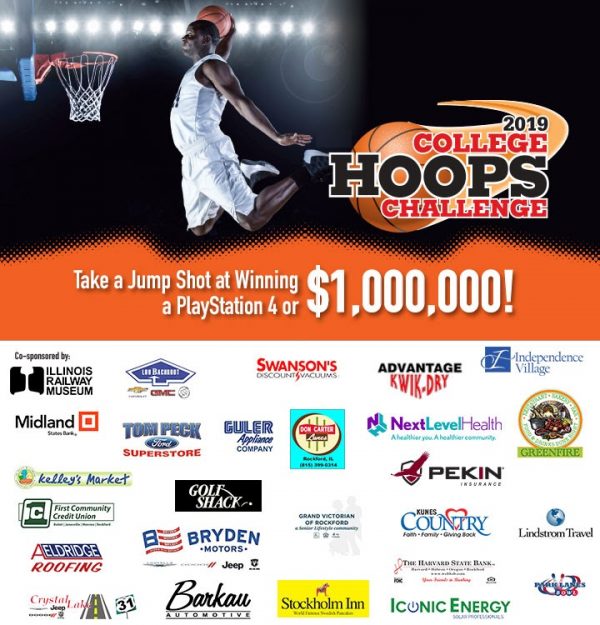 Lawrence Journal World ran this bracket challenge with a local credit union as the title sponsor. This sponsorship package included their branding on the online bracket as well as the print bracket which runs in the paper four times during the tournament and is updated each time the tournament progresses. The sponsor provided a $500 gift card for the winning user which helped to drive 950 users to enter the challenge. The campaign generated $12,360 for the paper. 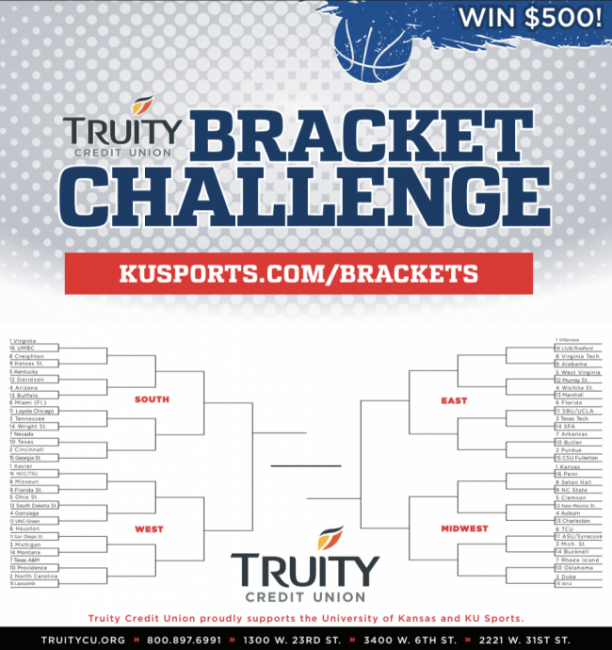 WPSD-TV’s 64 team March Mania college basketball bracket has been running since 2010, and it’s always been a big success. In their fifth year, they designed a multi-media campaign to include a combination of the bracket, a quiz bundle, and sweepstakes. The campaign saw a 53% increase in user engagement and earned $15,000 in revenue for the station. Check out the full case study here. 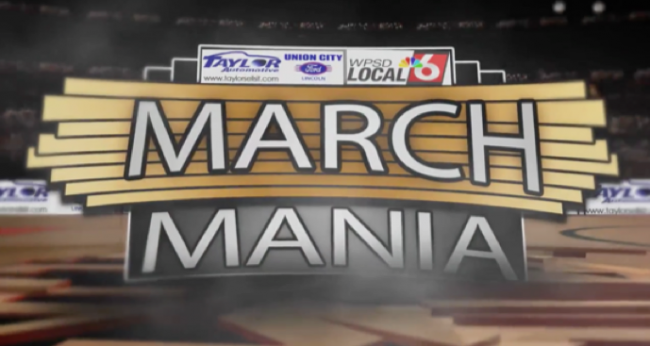 WGN’S annual bracket campaign challenges their audience to beat their on-air personality, Pat, and his college basketball picks. The campaign is sponsored by Hooters who provided a prize for a 10-person party. Nearly 2,000 people entered the challenge, and the station generated $10,000 in sponsorship revenue. 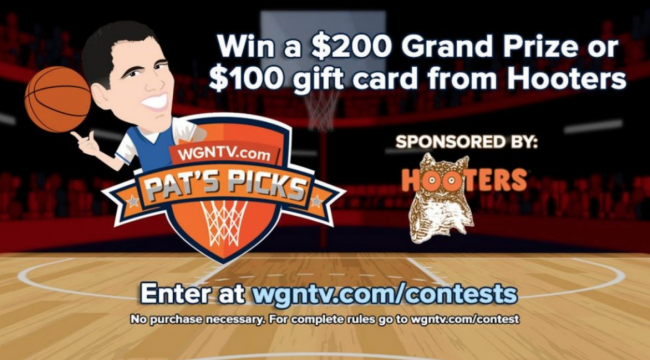 Atlanta Journal-Constitution’s Bracket Fiasco campaign has been a huge hit for the paper for over 30 years. Once moved to digital, the team created three sponsorship tiers, each leveraging print, social media, and website ads. Sponsorship tiers were each provided a number of VIP Pickers. The business with the VIP Pickers which landed the best bracket would receive additional ROP ads. The high level of contest promotion combined with their three sponsorship levels resulted in $30,000 revenue! Full case study available here. 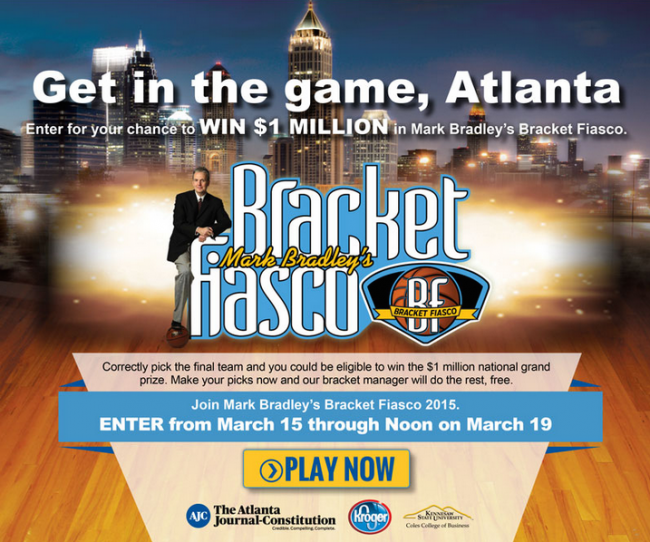 The Journal Star went big with their College Hoops Challenge. Not only did they secure the local Lexus dealer to be the title sponsor but they also secured over 60 additional supporting sponsorships! The team used all of their assets to create multiple sponsorship options to make sure businesses of all sizes had the chance to participate. They also ran an advertiser bracket giving away additional advertising opportunities for participating businesses. The campaign drove nearly $90,000 for the Journal Star – 80% of this was incremental revenue. 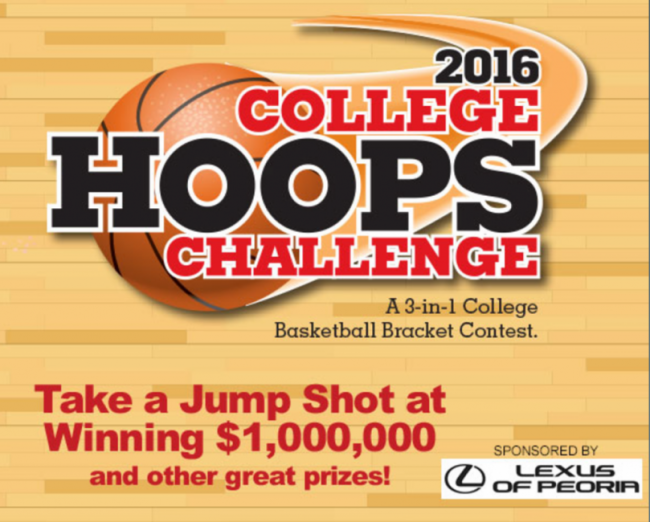 West Kentucky Star’s Bracket Challenge campaign attracted more sponsors, engaged more users, and generated more revenue than ever before. They drove engagement with a $500 cash prize which resulted in nearly 850 users. With five sponsors (3 “full court” and 2 “half court,”) the paper generated $4,600 in revenue.

KFMB wanted to capture the buzz around the college basketball tournament, so they launched a campaign featuring three unique promotions – a traditional bracket, a custom bracket, and a sweepstakes. The whole campaign brought in $58,000 in revenue, and proved the value of running multiple basketball promotions. Check out the full story for details.

The Post and Courier has run their Hoops Frenzy campaign with their restaurant sponsor for three years in a row. They promoted the campaign through a mix of email marketing, social media ads, digital banners, and print ads and included a grand prize of a LED HDTV. 1,000 people entered the bracket challenge, around 700 opted-in for sponsor emails, and the paper brought in $5,000 in sponsorship revenue. 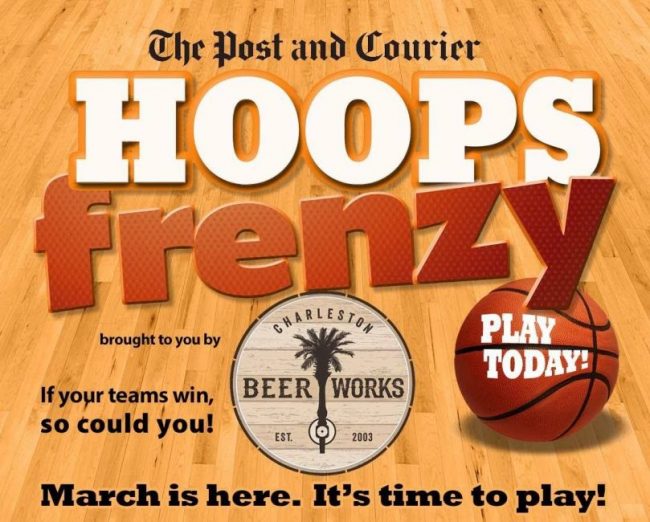 WLEX capitalized on the the biggest basketball tournament of the year to generate awareness of their new local show, Hey Kentucky, and drive maximum revenue! WLEX created multiple sponsorship levels and included an advertiser bracket. For every $500 in incremental spend with the station, advertisers could sponsor a team (or multiple teams) within the 64 team team bracket for the chance to win additional advertising with WLEX. Each round offered a new advertising benefit such as additional ad impressions, a mobile takeover ad, or tv promo spots. The station made $43,000 from the advertiser bracket alone and $60,000 in revenue from the campaign. Check out the full story.

Ready to run your own college basketball bracket and watch the revenue come pouring in? Download our playbook to learn everything you need to know. Want to talk about your basketball strategy? We’d love to chat!