KFMB Stations are a locally owned group of television and radio stations in San Diego, California. The station group is a part of Midwest Television, Inc. and has a DMA of 28 for the television audience and 17 for the radio audience.

As a CBS TV affiliate, we were extra excited for the college basketball tournament since so many of the games would be broadcast on our station. We wanted to capture the buzz around the brackets, so we launched a campaign featuring 3 unique contests – a traditional bracket, a custom bracket, and a sweepstakes.

The upfront bracket – our CBS 8 Bracketbuster Challenge – was tied to actual tournament teams and results. We have been running this national upfront contest for the past 5 years. Players had one chance to fill out the entire 65 team bracket between the Sunday before the tournament and the first game, and the player whose picks were most accurate won a pizza party for 20 people at the sponsor’s location.

The second contest – Drew Hyundai Hoopla in March – was a three pronged contest tied to guessing how many balls were stuffed in a Hyundai Veloster.

The final contest in the campaign – March Selfie Madness – was a custom bracket contest connected to KFMB-FM’s morning show.

The CBS 8 Bracketbuster Challenge had one exclusive sponsor – Oggi’s Pizza and Brewing. Since the sponsor wanted more foot traffic, prizes for the contest included gift cards to their 7 locations. Plus, when ever we promoted the contest we encouraged people to go watch the games at their local Oggi’s.

It was promoted via email, online,and on air with spots and live mentions in news with our sports director.

The bracket also featured a VIP Picker – News 8 Sports Director Kyle Kraska – for players to compare themselves to. Here’s a clip of him promoting the contest on-air:

The sweepstakes element of our basketball campaign also had one exclusive title sponsor – Drew Hyundai.

People could either visit the local Drew Hyundai dealership in person to see the actual car in their showroom and submit their guess, or view photos and a video and enter online. Additional chances to enter could be earned with code words found on Drew Hyundai’s social media accounts. The person whose guess was closest to the actual number of basketballs in the car won a 3 year lease of the vehicle. 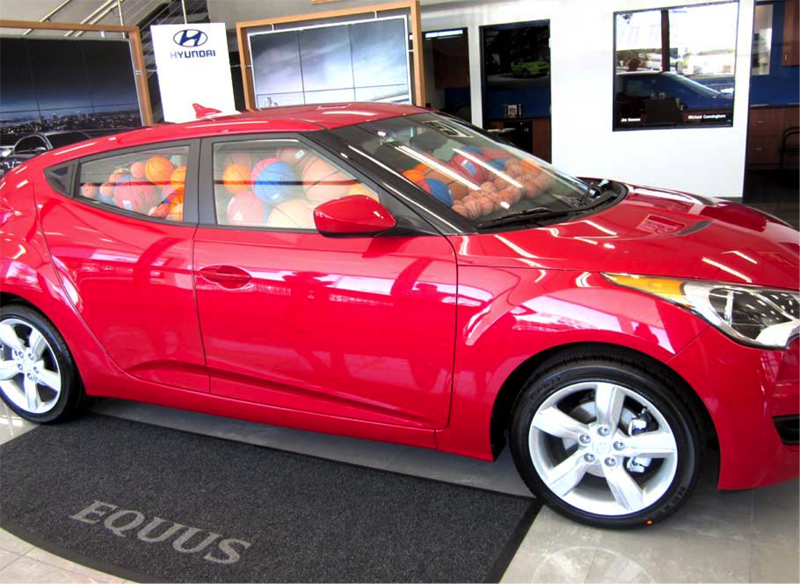 The contest lasted for 3 weeks, and all promotional elements, including on-air TV and Radio, mentioned both the dealership and the vehicle. You can see one of the promotional spots here:

At the end of the contest, we shared the email opt-in database with the sponsor.

The KFMB-FM morning show DJs (Dave, Shelly, Chainsaw, and Boyer) each took 4 selfies in 4 different categories (Animal, Food, In Bed, and Compromising Position), and listeners voted for their favorite selfies in a custom bracket. 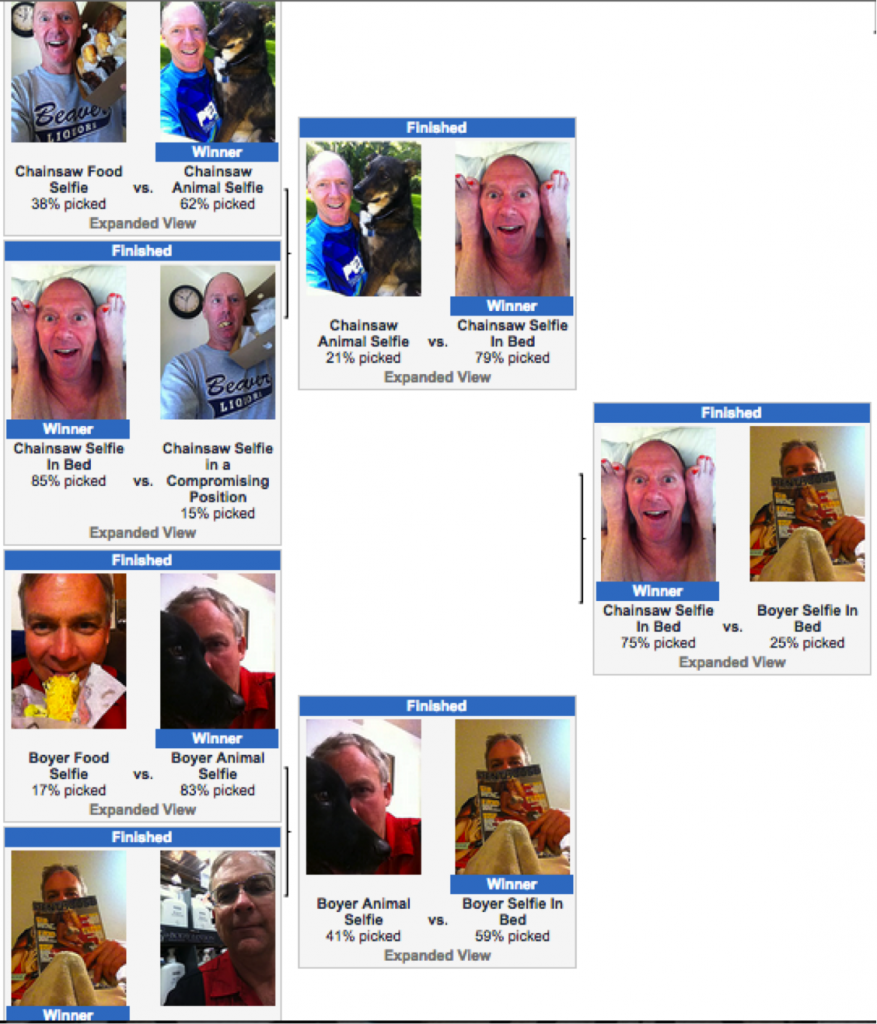 The grand prize was awarded during the national championship game at Urge. People were encouraged to listen to the DSC morning show every weekday for the results and announcements on the next round’s action!

Plus, people could submit their own selfies for a chance to win Padres tickets by uploading their photo. 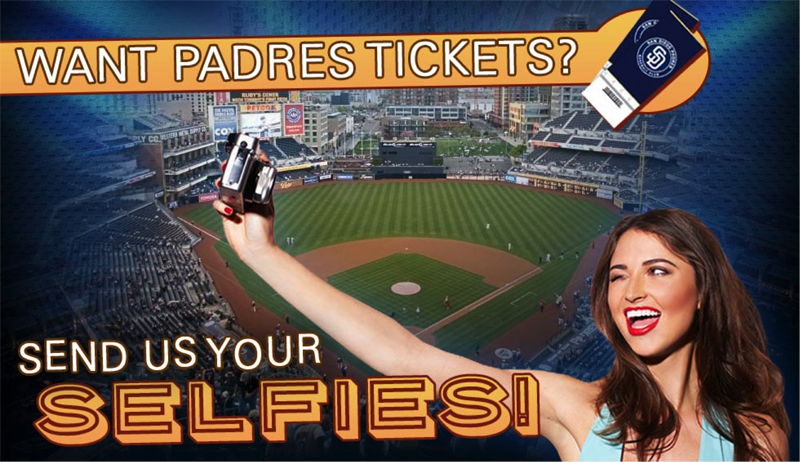 We were able to use the buzz of college basketball and turn it into 3 very different contests that ran at the same time. The entire promotional campaign including all 3 contests brought in $58,000 for KFMB and proved there are multiple ways to capitalize on the frenzy around college basketball.

Mitch is the Director at KFMB Interactive in San Diego, CA. For the past 15 years, Mitch has been involved in providing digital and result oriented solutions to local and national clients. He has been using audience engagement tools since 2008 to help increase revenue and build customer engagement.