The newspaper decided to implement their Athlete of the Week as a year-round promotion that would be integrated across the board into print, online, email, and social media. 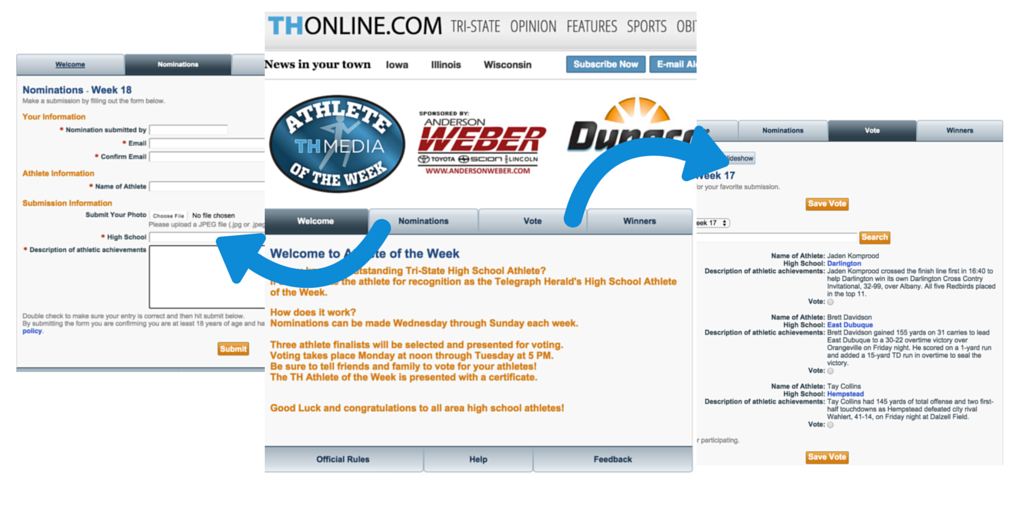 For three days, Friday-Sunday, each week, readers nominate their favorite high school athlete. Eligible athletes could come from 42 different schools within the tri-state area, and the athletes had to be in grades 9-12, currently participating in the sport in which they are nominated. The weekly nominations are then evaluated by a team from the Telegraph Herald and 3 athletes are selected as the voting pool for the current Telegraph Herald Athlete of the Week. The voting period starts at noon on Monday and runs through Tuesday at 5pm. (The ballot would be on hiatus during weeks that no sports were played.) 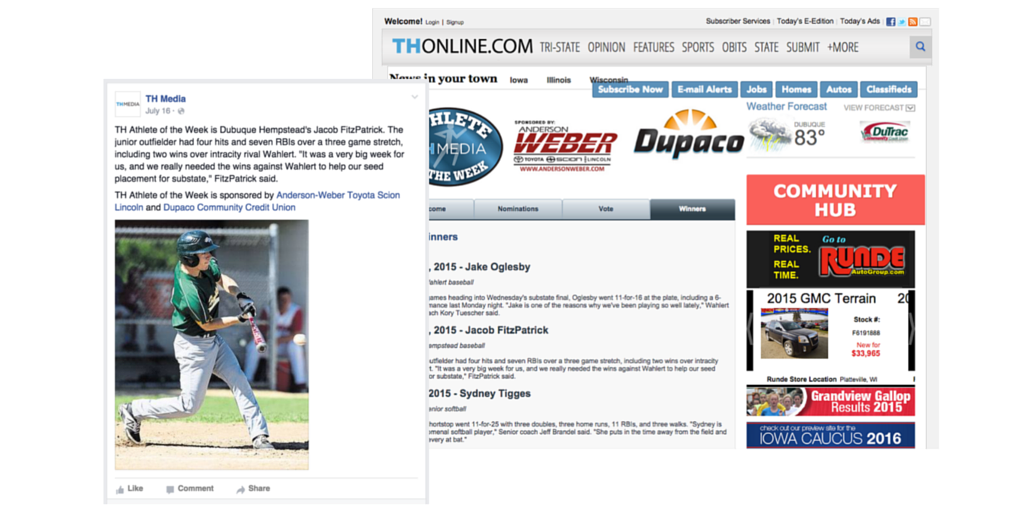 The featured athlete’s story is printed in the sports’ section that following Thursday, displayed on the TH website, and is also announced on the Telegraph Herald Facebook Page as well.

This Athlete of the Week promotion is set up as a category exclusive sponsorship model, allowing the same local credit union and auto dealership to sponsor the contest for the last three years. The cost to each sponsor was $750 per month. Sponsors are heavily utilized throughout the contest with their logos clearly placed on top of the contest page, mentioned and tagged in the weekly Facebook winner announcement, and with their names printed on the award certificates that were given to the winners. Some of the sponsors even take the initiative to post on their own social media pages to encourage voting, congratulate the winners, and drive viewers to the contest on the Telegraph Herald’s page.

This promotion worked so well for Dubuque’s Telegraph Herald. It has helped their community highlight great local athletes, allowed their sponsors to get in front of a key demographic, and generated $18,000 for the newspaper each year. 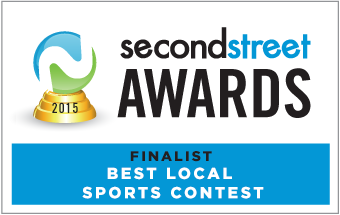 The Telegraph Herald‘s Athlete of the Week promotion was a finalist for the Best Local Sports Contest at the 2015 Second Street Awards.