WDIV is a television station in Detroit, MI. We’ve spent the last years establishing and owning a our ballot brand. Despite having ballot competition from other area media companies, our station has become THE best of in Detroit.

But over the years, we’ve realized we wanted to elevate our program beyond just our single Vote 4 the Best ballot. Even as a single promotion, this was already our top revenue generating program. Which begged the question – How much could we generate if we turned a single ballot into a year-round ballot program?

Our Vote 4 the Best is our big summer initiative. We kick it off with a nomination period in June and then a voting period throughout the month of July. Users can vote for their favorite entrants once per hour – this means we’re driving entrants back to our website time after time.

Vote 4 the Best is a station-wide initiative, and everyone gets involved. We promote the contest frequently on-air, all over our website, through social media, and with dedicated emails to our database.

But some of the best promotion we get is through the the businesses on our ballot. Every local business on our ballot is eager to win their category, so they take frequently encourage their own fans and followers to go to the ballot and vote. 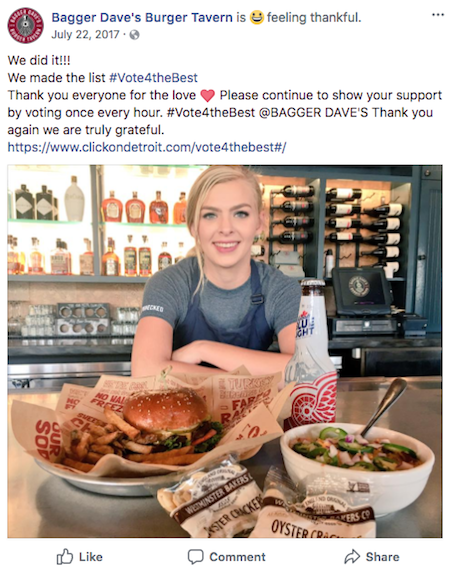 When we crown the winners of the Vote 4 the Best, there is a huge sense of pride and prestige amongst the winning businesses. There winners badges are displayed on store fronts, billboards, and pasted all over their social media pages as well. 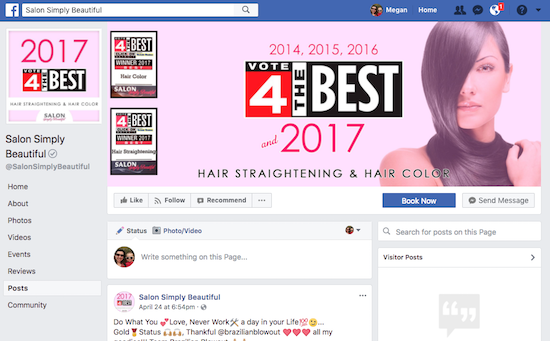 We were able to secure one title sponsor, Wallside Windows, for our entire Vote 4 the Best ballot. The sponsor loves the huge amount of branding they get from having their name prominently displayed on all Vote 4 the Best collateral. This includes the 5,000+ businesses who proudly display their winner and finalist badges in their stores.

Just because we’ve announced the winners, doesn’t mean the ballot excitement’s over. Throughout the year, we do everything we can to keep the Vote 4 the Best brand top of mind. Whenever there’s a piece of on-air or online content that we can tie in our ballot, we do. For instance, on National Beer Day we published an article with the top local bars from our ballot and also included a quiz for people to test their beer knowledge. 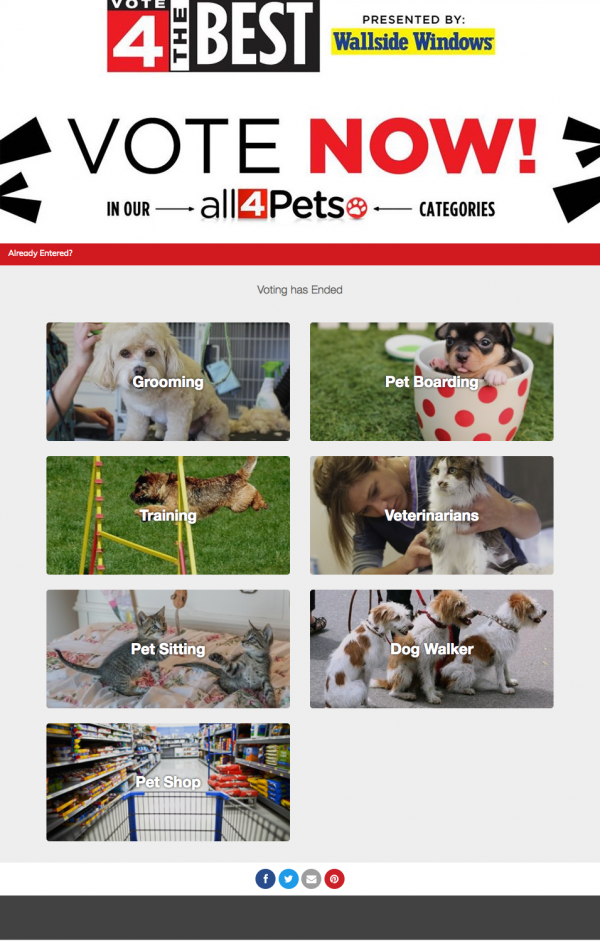 It’s important for us to make sure that every one of our viewers can find a topic in Vote 4 the Best that they are passionate about. Plus, by launching these ballots throughout the year, it continues to keep our brand top of mind and gives us an opportunity to grow our Vote 4 the Best newsletter year round.

But we haven’t stopped there.

If you’re like us, high school sports is incredibly popular among our viewers, and we’re already producing a lot of content around the topic. Previously, we’d run promotions around the high school football season. While these were popular, we knew that we were limiting ourselves by just talking about football.

We launched the 4Frenzy Fan Choice Awards ballot this Fall. While it still included Football, we also had six other categories including Girls Golf and Boys Tennis. We had a nomination period where local high school coaches and athletic directors could nominate their top players and followed up with a two-week voting period. 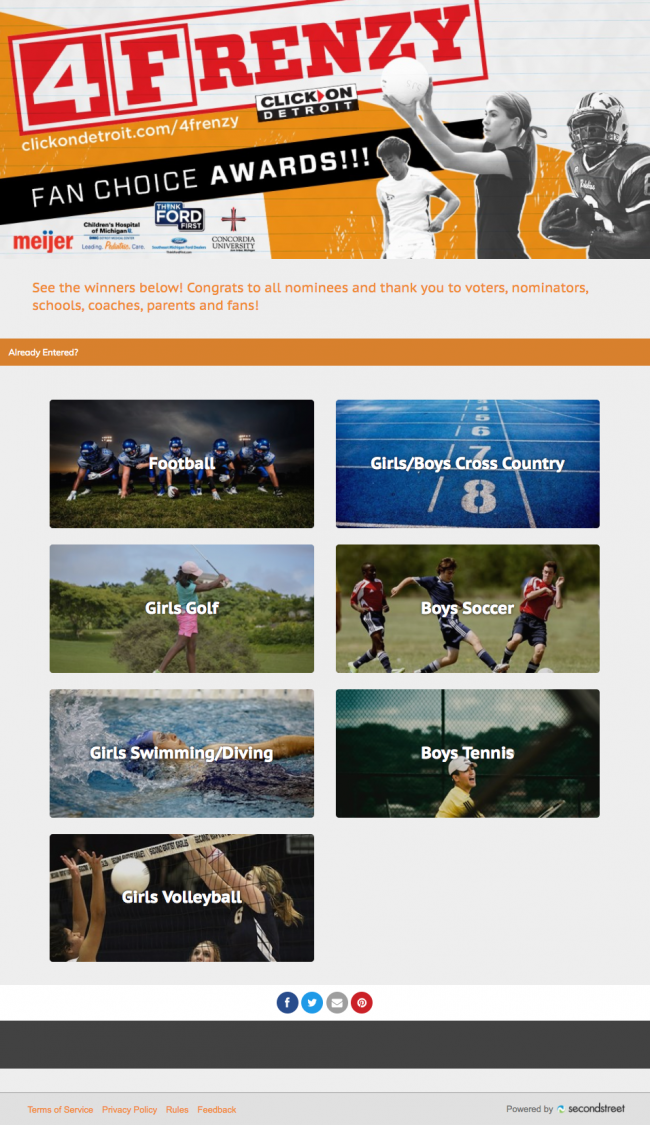 Once again, while we did a lot of our own promotion to drive viewers to the ballot, the families and friends of the entrants were frequently asking others to come to our 4Frenzy site to cast their votes. Tapping into this passionate crowd is the key to driving thousands of votes. 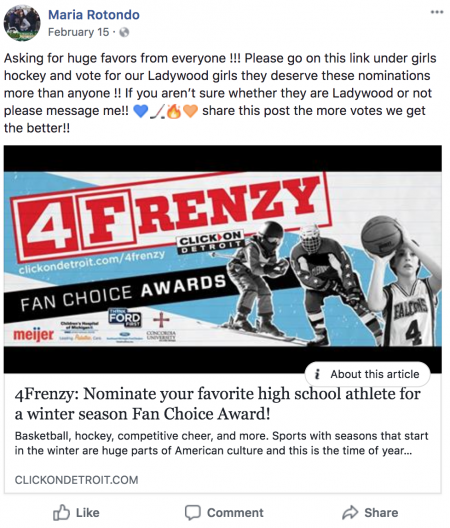 When it comes to high school sports, local businesses are eager to sponsor these contests and show their alignment with the community. We were able to secure five sponsors including a local grocery store, two auto dealers, a hospital, and a local university.

The outcome of our ballot lent itself to a wealth of content for our station. We published articles about each of the individual winners and were able to talk about the ballot on-air during our local sports coverage.

The success of the 4Frenzy ballot inspired us to turn this into a seasonal promotion. We launched ballots for winter and spring sports. Once again, we recognized that we were were limiting ourselves by just talking about traditional sports. Now, we’ve added in other categories like theater, band, and robotics team.

To say we’ve found success with ballots is an understatement. With sponsorships from our Vote 4 the Best, the 4Frenzy Fan Choice, and some other one-off ballots throughout the year, our ballot program has brought in $1,000,000 this past year.

Beyond that, this has become a huge driver of engagement to our site and a major database builder as well. More than 475,000 votes were cast in our Vote 4 the Best citywide ballot and more than 34,000 people signed up for our Vote 4 the Best newsletter. On average our 4Frenzy sports ballots are bringing in about 30,000 votes each time and generating over 5,000 new email addresses for our 4Frenzy newsletter.

So often we hear that broadcast can’t do ballots, but nothing is farther from the truth. It doesn’t matter. You have your own audience – they don’t cross over. Don’t think this isn’t for you! If you’re ready to put forth the effort, you can turn ballots into a million dollar opportunity too.