The Southcoast Today is a 28,000 circulation paper in New Bedford, PA. The paper had already been working with the local YMCA, but until now they were a traditional print advertiser. With the recent renovation of one of their locations, the YMCA wanted a way to show off the new facility to the public. With it previously being such a run down location, the YMCA needed help adjusting the public’s perception to this $11.2MM renovation.

The paper presented the idea of an online sweepstakes. Since the YMCA was most interested in identifying people who may be interested in joining their gym, they offered the prize of a three-month family membership (valued at over $200) and a $150 Visa gift card. 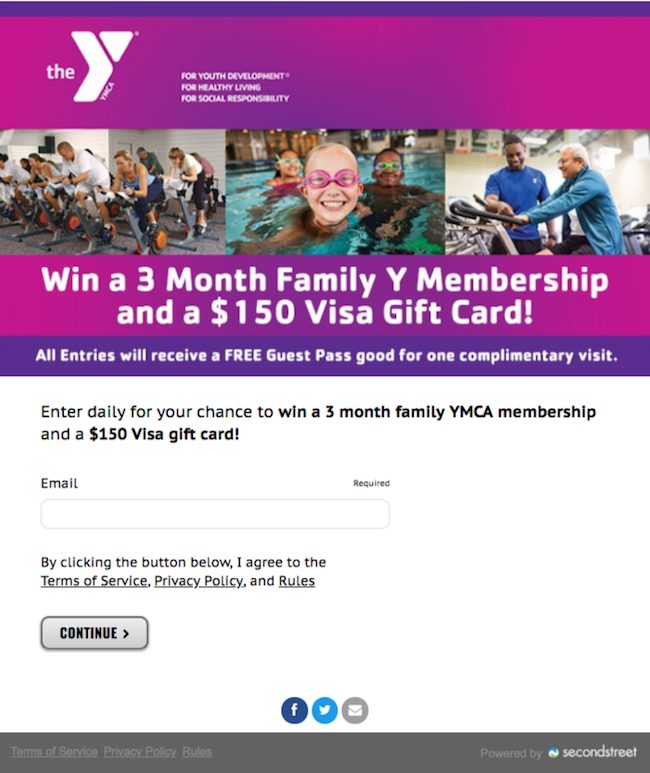 As their goal was to get more people into their newly renovated facility, the YMCA sent a bounceback email giving every sweepstakes entrant a free one two-week pass to the facility. Not only did this make everyone feel like a winner, but helped drive more foot traffic to the YMCA.

The YMCA was thrilled with the results. Not only were they were able to add 322 people to their database, but their bounceback email also brought many people into the newly renovated facility and even led to new YMCA memberships. The Southcoast Today added 308 people to their database while driving $13,000 in sponsorship revenue.