The Southeast Missourian is a 15,275 circulation publication out of Cape Girardeau, Missouri. In this small market, it can be a challenge to create unique ideas for advertisers. Most of our promotions begin with our team thinking about what might work well in our marketing and which of our advertisers would be a good fit.

We had our eye on Southeast HEALTH for a promotion. The hospital is very involved in the community, and we were excited to center the promotion around their pediatrics division. Southeast Health was looking to create brand superiority for their pediatrics department throughout the region and boost their email database. We knew a Scared of Santa style photo contest would meet those goals. 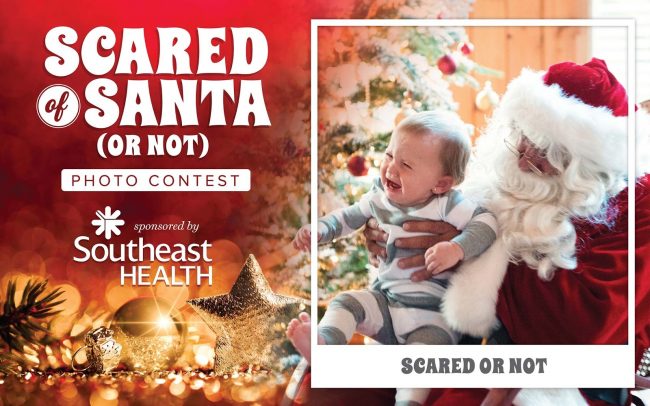 Scared of Santa contests always draw a great crowd! But we also knew some families might have a picture-perfect photo with Santa. Since we didn’t want to exclude them from the fun, we named our contest Scared of Santa (or Not!)

We chose to split our photo contest into two distinct rounds for optimal engagement. The submission round ran for four weeks, and the voting stage ran for one week. To drive participation, we allowed users to vote once daily and gave away two $250 Visa gift cards. One gift card went to the photo with the most votes. And, to incentivize participation even more, we also gave one prize to one lucky random voter. Initially, we planned on the second prize being a smaller, physical item, but this made it less exciting for voters, so we chose to give away a matching gift card. 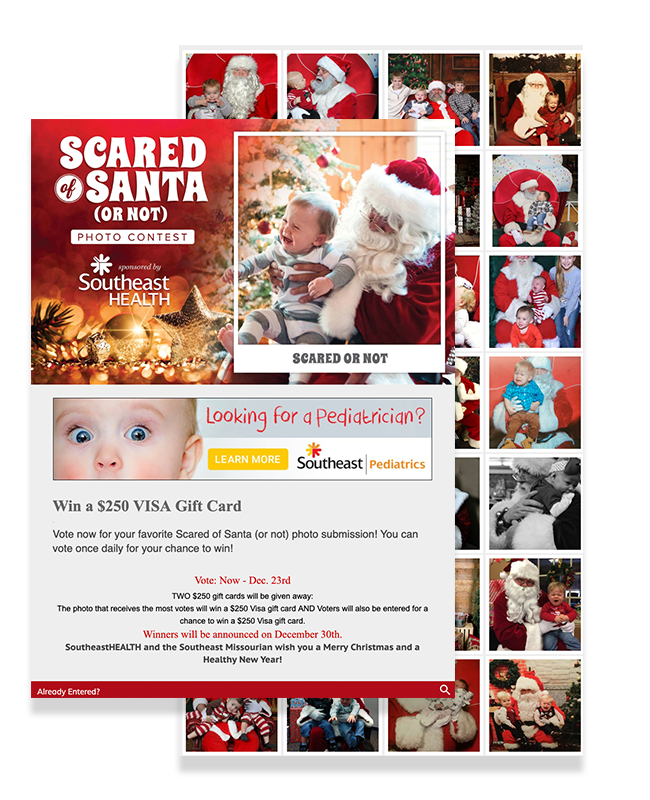 This campaign was as much Southeast HEALTH’s as it was ours, so we made sure this was communicated in the art and the language of the campaign. We ran ads in our print edition, digital ads on our website, and added dedicated widgets to our site which linked to the contest.

We also sent invitation emails to kick off the submission part of the promotion and another email to remind our audience when the deadline was approaching. Once we got to the voting period, we sent emails to all the entrants so they could rally their votes. At the same time, we encouraged everyone else to come vote. 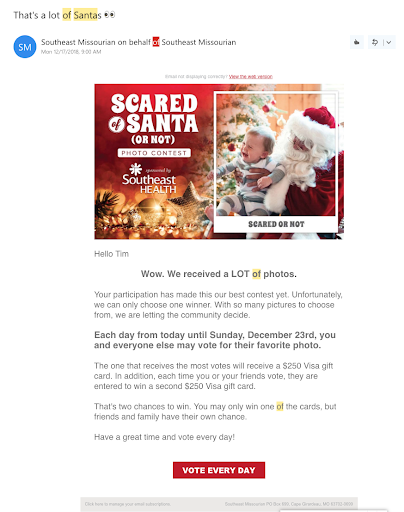 After the winner was selected, we printed a special section that showcased the winner and shared many of the top-voted photos. There was also a page set aside for our sponsor to share their own message.

This campaign was a jolly success with our audience. 175 fantastic Santa photos were submitted, and more than 2,730 votes were collected. We gained 835 opt-ins for our own email database and secured 655 opt-ins for the advertiser. To top it all off, we earned $9,000 in revenue from our partnership with Southeast HEALTH. Outside of our yearly ballot, nothing else has been even close to this successful.

The success of this promotion has already influenced some of our other contests this year, and we’ve begun discussing what we will do this year to either build off this or if there is another idea to try! 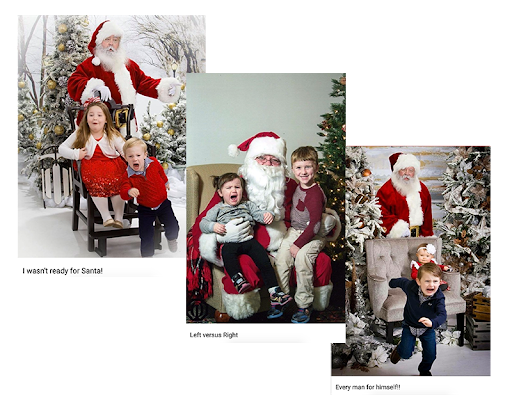 Tim Westray is the Ad Hub Manager and Email/Data Strategist for the Southeast Missourian. Tim is dedicated to helping companies reach their target audience through digital strategies like promotions, interactive content, and email.