KTUU-TV, a part of Schurz Communications, is a DMA 148 television station in Anchorage, Alaska. The station began running online contests in 2011.

In Alaska, there is always a mad scramble to get summer tires swapped out for snow tires before the winter begins. Usually, the first snowfall is the boost the procrastinators need to finally get into the shop and have their tires changed.

KTUU decided to take advantage of this trend with a Guess Anchorage’s First Snowfall contest. The contest seemed to be a perfect fit for their sponsor, Alaska Tire Service – a local tire and service shop.

Now that they’re entering their fifth-year running the contest, they’re always looking for ways to increase engagement and increase the value to Alaska Tire Service who’s signed up to be the exclusive sponsor year after year.

To enter the contest, viewers guess the date of the first snowfall of the year and how much snow there would be. To avoid an ambiguous situation with no clear winner, KTUU adopted a 3-tiered approach when judging the guesses. 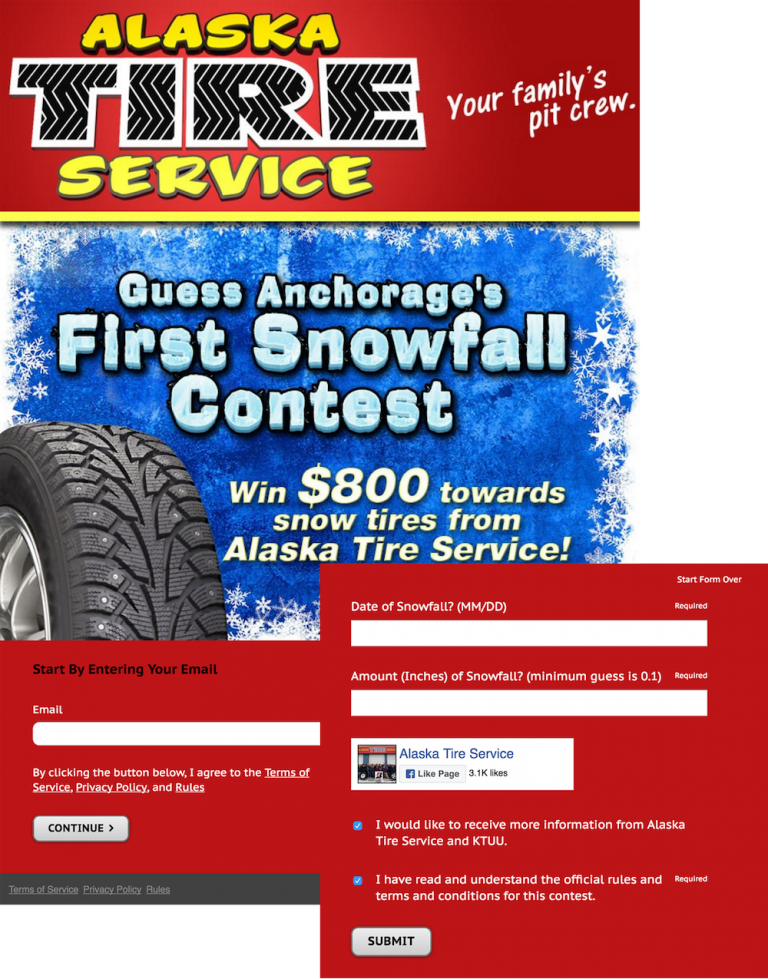 The contest sponsorship package included elements from the KTUU mobile site, the website, and on-air mentions. This includes all of the following:

To increase engagement, KTUU promotes heavily on their Facebook. This one post announcing the most recent contest had over 100 shares and more than 160 comments! 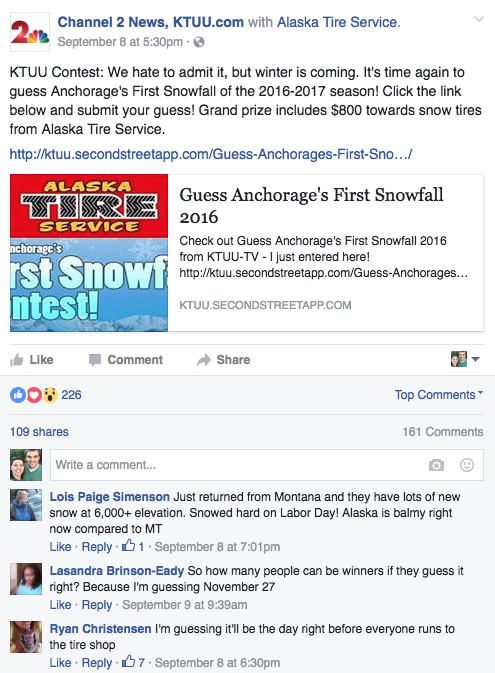 Their sponsor also posts about the contest on their Facebook Page as well. 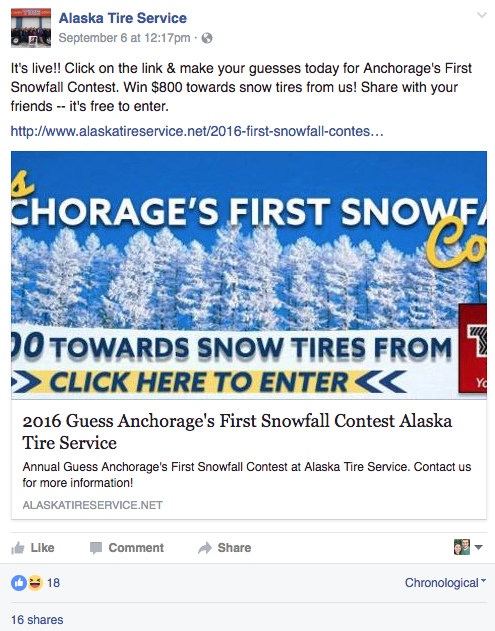 This annual contest generates an additional $7,500 in revenue for KTUU-TV on top of an existing online branding buy.

And as far as engagement goes, the contest is growing exponentially! Just last year, the contest drove more than 3,200 entries and generated nearly 2,000 email opt-ins for the sponsor and KTUU.

This annual contest has become a great tradition for KTUU and the sponsor – they look forward to many snowy years to come.