KFMB-TV is a CBS affiliate news station in San Diego, CA. We are located in a major market with a pro football team, the San Diego Chargers, and we broadcast the majority of the team’s games.. We have had great results with digital promotions over the years, including our consistently successful college basketball contest.

We wanted to expand our digital revenue through a promotion that could engage our viewers while allowing us to leverage our status as a TV station with recognizable and popular on-air talent. We were aiming to focus exclusively on one advertiser, to provide top-notch service for the duration of the promotion. The Pro Football Pick’em, locally franchised as Ultimate Pigskin Picks, was a natural fit because San Diego is already chock-full of Chargers pride, and we have a built in sports segment every Wednesday that allowed promotion of the upcoming week. 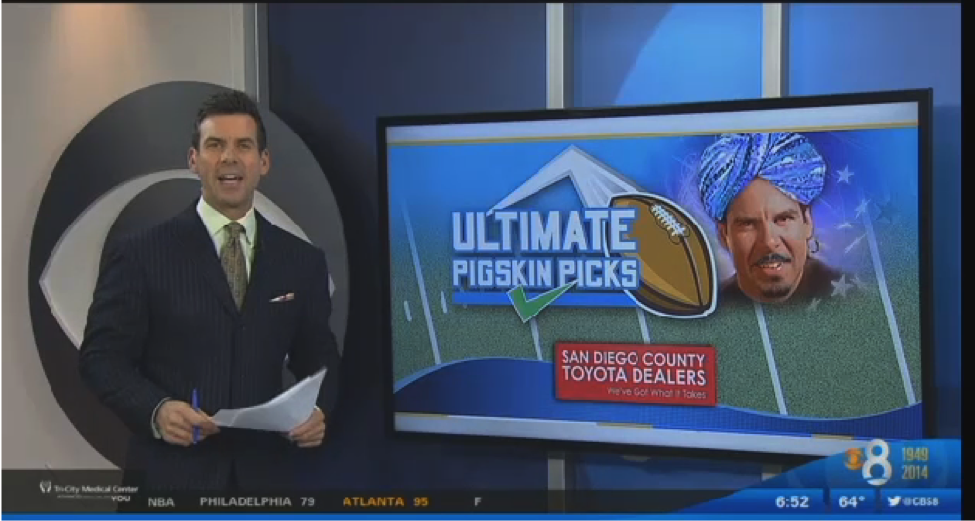 We designed this promotion with the sponsor in mind at all times, making sure their message and brand was consistent across all of our platforms which led to results that kept them happy and engaged. We promoted the football pick’em across several different platforms for the duration of the contest, including exclusive television spots, our website, mobile ads, and on-air promos. 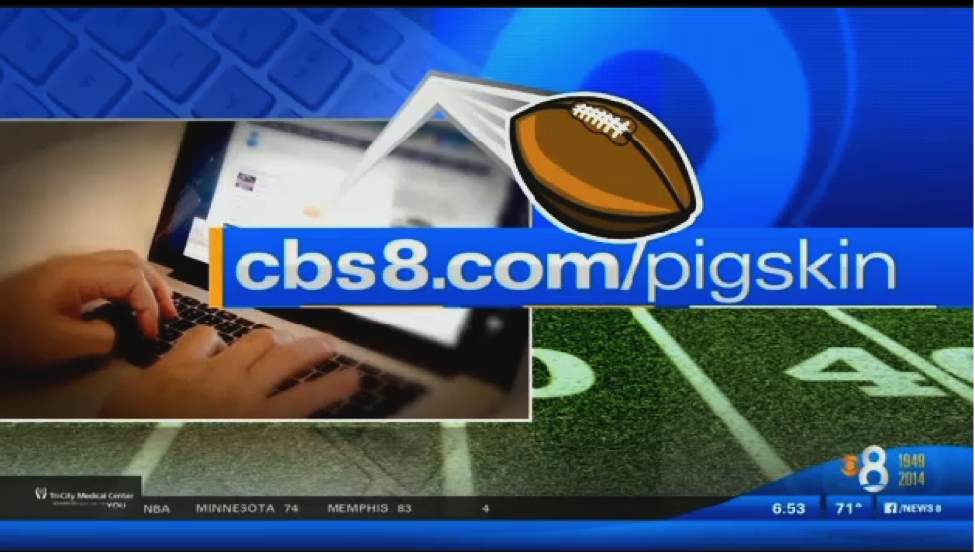 We integrated the contest with our sports talent, Kyle Kraska, during his sports segment every Wednesday. He made picks every week in the contest that he would publicize online and on his show, giving contestants a popular figure to compete against. Directly incorporating our sports talent allowed us to make our television presence work for our sponsor.

Our station aired live content during his sports broadcast every Wednesday for the entire season, which targeted the audience most likely to participate in the promotion. Ultimately, we ran over 20 in-news segments throughout the season that mentioned the title sponsor every time – giving them great exposure and the type of attention an exclusive sponsor deserves.

Ad units were sprinkled throughout our website, including a full banner ad. Promotional pre-roll showed before visitors to the site watched any online video, and ads specifically for mobile ensured that the contest and our sponsor received publicity regardless of the format. 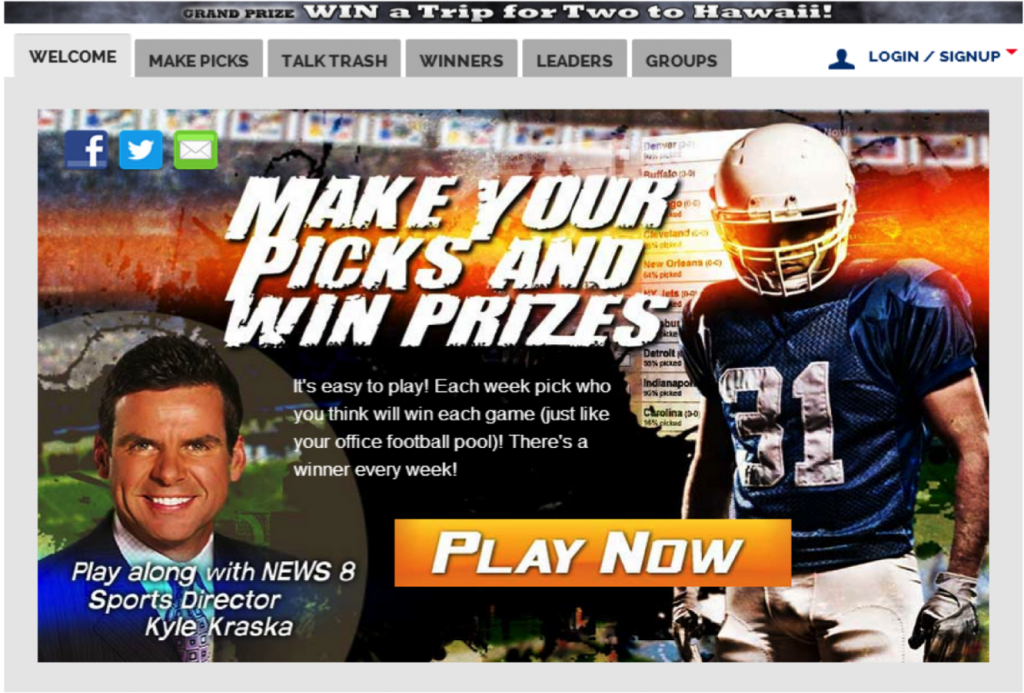 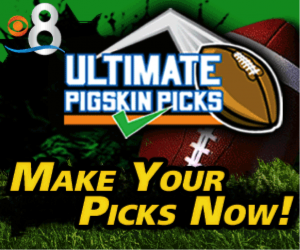 Overall, we couldn’t be happier with this promotion. Over 3,100 people participated in the Ultimate Pigskin Picks. The sponsor received more coverage and impressions than promised due to our integrated promotions strategy, which effectively combined on-air talent, website banners, and mobile advertising.

Mitch is the Director at KFMB Interactive in San Diego, CA. For the past 15 years, Mitch has been involved in providing digital and result oriented solutions to local and national clients. He has been using audience engagement tools since 2008 to help increase revenue and build customer engagement.