When you start to see candy corn and costumes on display at your local store, you know what’s coming. Halloween is a great time to engage your audience with ballots, polls, quizzes, sweepstakes, and of course, photo contests.

WVAA-TV’s Halloween Costume Contest invited three sponsors to be a part of the fun, including a health care center, insurance company, and a veterinary center. This promotion featured three categories: Adults, Children, and Pets. They used email and Facebook to encourage their audience to enter the contest and vote. They even sent out email reminders on the last day photos could be entered. With a total of 233 entries, the photo contest received over 3,450 votes. 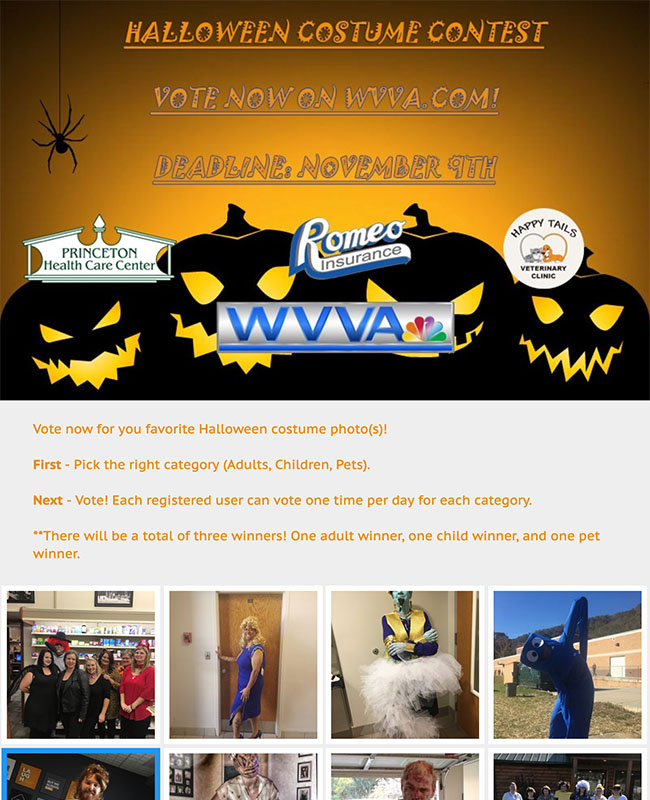 Sponsored by a local veterinarian, this pet Halloween costume contest by WLOS-TV brought in over 200 entries. With a prize of a $200 gift card to a local pet store, they were able to drive participation within their target audience – local pet owners. 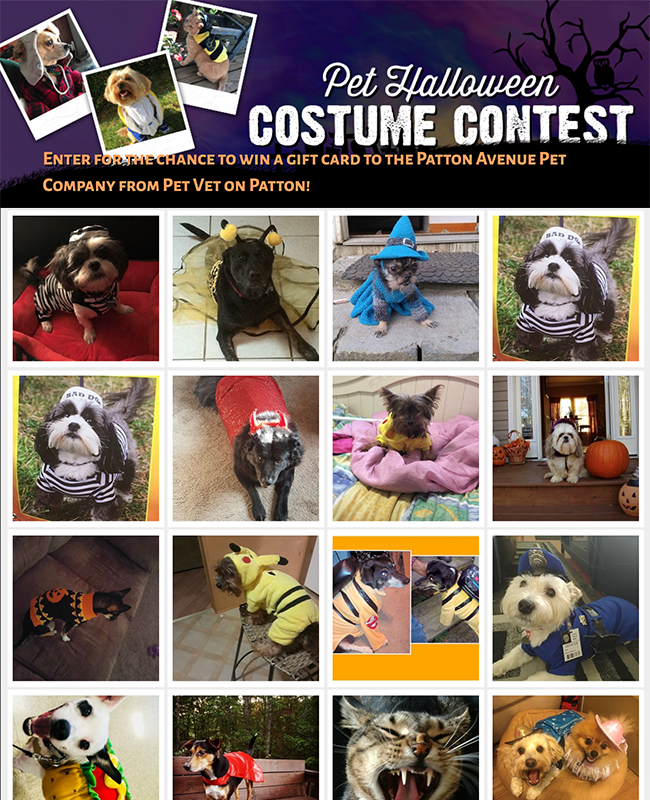 Cecil Whig encouraged kids to dress their best for this Spookiest Kid Photo Contest. The promotion received 208 entries and over 6,500 votes. By using an opt-in for the paper, they grew their email database by over 770 people. At the end of the promotion, a little pirate was crowned the winner. 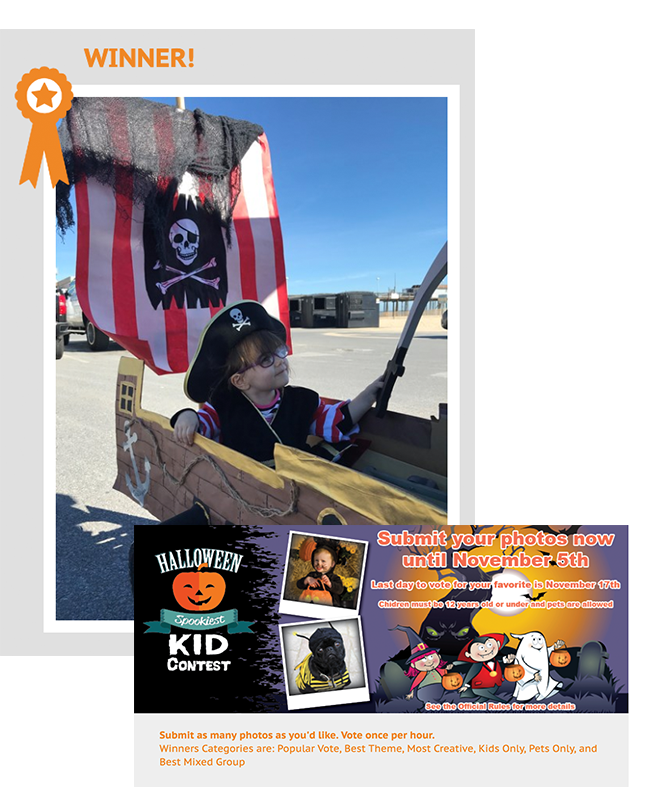 Home is Where the Haunt Is Contest

They say home is where the heart is, but this Halloween, KHSL asked their viewers to show off their decorating skills by entering the Haunted House Decorating Contest! With a prize of $500 donated by sponsor Light It Up Solar & Electric, the contest was a scary success with over 840 votes! 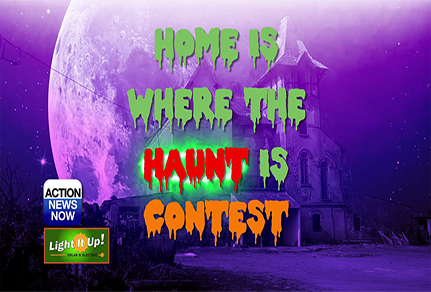 What Kind of Halloween Candy Are You?

Aberdeen American brought in almost 500 entries and 100 opt-ins with this cute ‘What Kind of Halloween Candy Are You’ quiz. They secured a local insurance company to sponsor the contest, who contributed a prize of $25 Chamber Bucks to drive engagement. Aberdeen American used their email and Facebook to encourage people to participate and win the simple prize. Plus, since this was customized from a ready-to-run turnkey, this quiz was put together in no time. 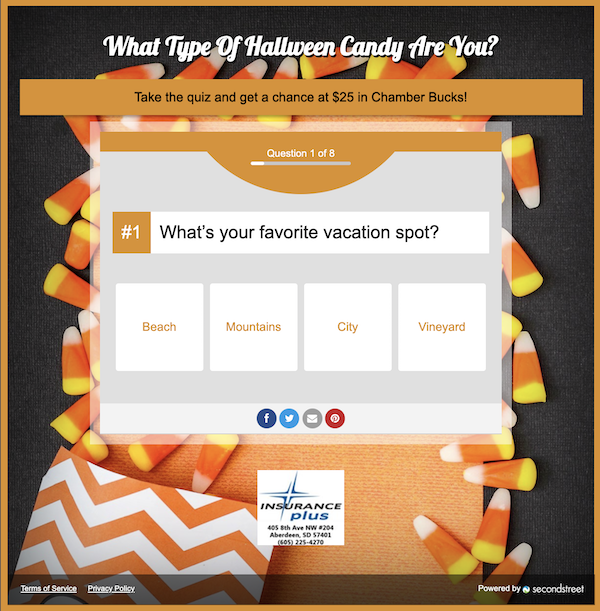 The Daily Progress ran a classic Halloween Movie Trivia Quiz, with the grand prize of tickets to a Duke vs UVA football game at Scott Stadium. They used Facebook to drive their audience to participate in the quiz, which resulted in over 130 opt-ins for three of the paper’s newsletters. 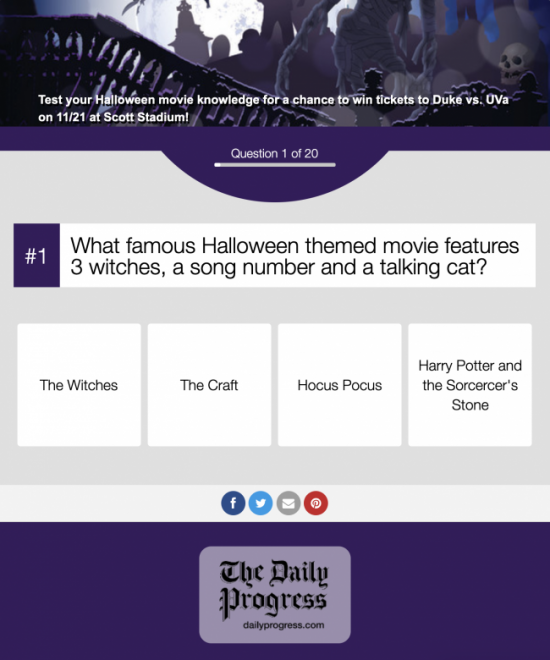 What Halloween Costume Should You Wear?

The Daily Telegram partnered with the local Goodwill resale store on this personality quiz, “What Costume Should You Wear?” The results page even featured costumes users could get from the store. The winner of this contest received a Halloween prize package from Goodwill. With the help of email and Facebook, this promotion brought in 112 opt-ins for the paper and 115 for the local Goodwill. 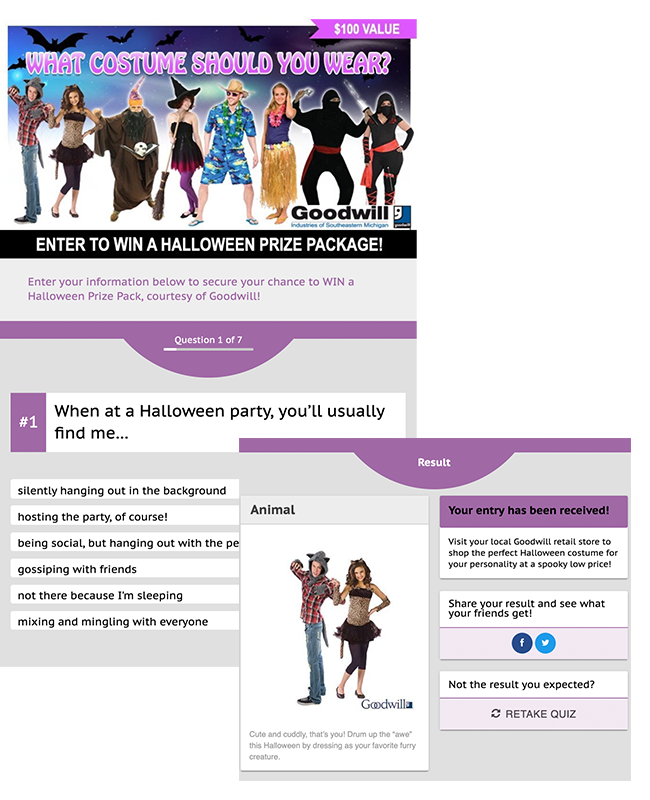 WWTV hosted a sweepstakes for a Universal Halloween Horror Nights experience. The prize included event tickets, express passes, and a hotel stay which drove more than 9,300 people to enter more than 12,000 times. 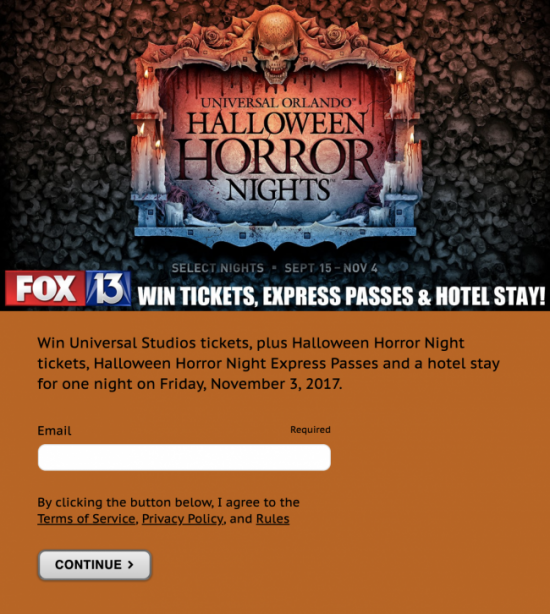 To celebrate the holiday, the Providence Journal ran a sweepstakes for a Halloween Adventure! The prize package included four tickets to a local zoo, a local paintball business, and a haunted house. It was a hit with their audience; collecting nearly 1,360 entries and almost 600 opt-ins for the Providence Journal. 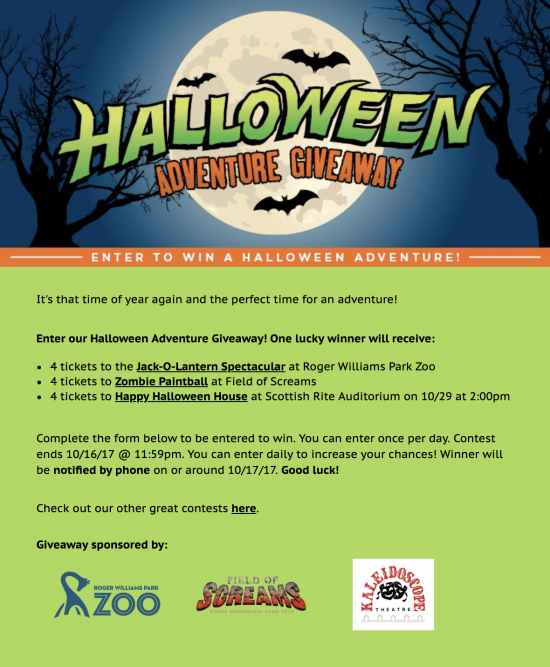 What do you hate to see go into your trick-or-treat bag? The team at Reading Eagle designed a poll to ask their audience for their opinion. Their audience loved the spin on the typical Halloween content and more than 200 people voted in the poll.

The team at KSAT developed this five-question poll to tie in with a story on local teens facing jail time due to trick-or-treat incidents. They asked their audience to share their opinion on rules and traditions around trick-or-treating, including “At what age should kids stop trick-or-treating?”, “What time should trick-or-treating end?” and “Should San Antonio adopt an ordinance with age and time limits for trick-or-treating?”.
The poll hit on a hot local topic and more than 5,800 people took the poll! 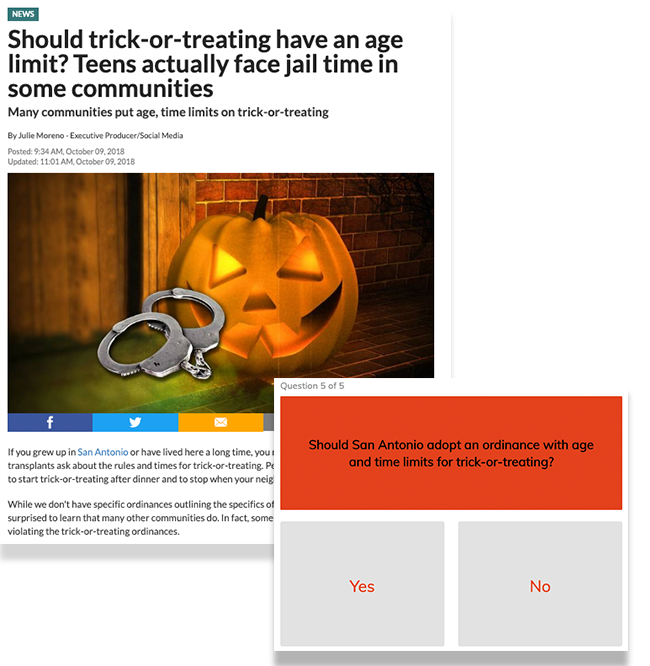 WDIV-TV got in the spooky spirit with their Vote 4 the Best: Special Halloween Edition, bringing in over 8,250 votes. Their ballot had eight categories, including Best House Decorations, Best Child Costume, and even Best Pumpkin Patch. WDIV’s Vote 4 the Best citywide ballot has become incredibly popular with their audience. They’ve now turned ballots into a $1MM annual revenue program.

The St. Louis Post Dispatch promoted a Halloween Joke Contest Ballot, as it’s a St. Louis tradition for people to ask trick-or-treaters to tell a joke to get candy. Playing on fun traditions like this will engage your audience. The paper sent one email at the beginning of October and two in the middle of October to encourage people to enter into the contest, resulting in 224 participants and over 130 opt-ins. They also sent an email to thank the participants after their submission. 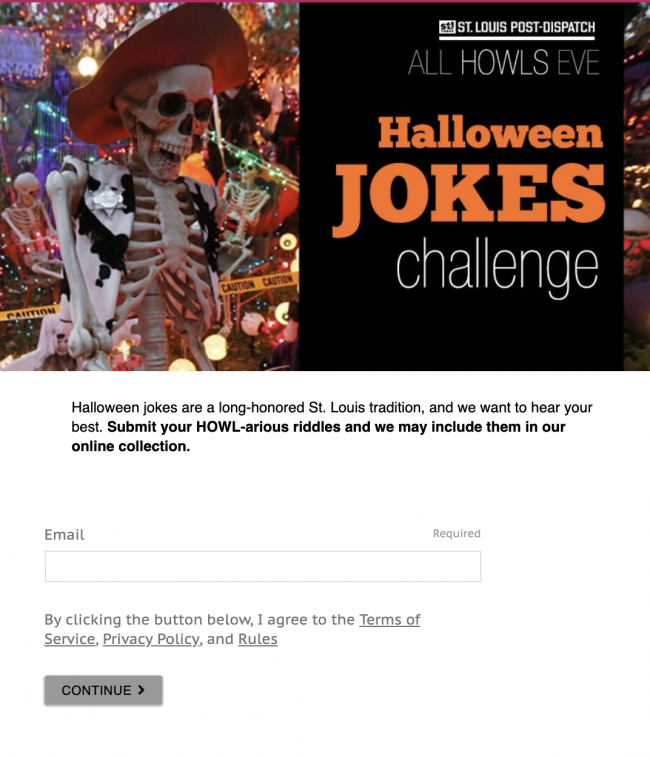 For more ideas on how to drive engagement, entries, and opt-ins this Halloween, check out our Fall Revenue Guide.