Though it started with the simple idea of running a sweepstakes, our vision quickly transformed into a means of giving back to the community.

Our team was looking through the Second Street Lab for case studies of sweepstakes that leveraged digital aspects, when one article in particular struck a chord. In this grocery giveaway (that generated $10,000 in revenue and 4,500 opt-ins for the advertiser) winners received one grocery gift card for themselves, and a second card to donate to local food banks.

We walked out of our planning session with a powerful idea, the FOX17 Grocery Giveaway, a ten-day sweepstakes where we would give away a total or $3,000 in gift cards to local families. Each day, one entrant would win a $150 grocery gift card and could then nominate a family, friend, or local food bank to receive a separate $150 gift card.

The first step was to secure a title sponsor who would benefit from the promotion’s lead generation opportunity. DFCU Financial, a credit union looking to expand their presence in West Michigan, turned out to be the perfect fit. In addition to wanting more qualified leads, they sought a new, community-oriented advertising opportunity.

This was only half the sponsorship battle. We also needed a national grocery company who’d be willing to sponsor $3,000 in gift cards. Though our initial sponsor dropped out last minute, we secured ALDI in less than 24-hours – they were also excited to give back to the community in such a unique way!

We added the sweepstakes to the page under the “Contests/Events” tab of our website on the Friday before the start date. Without any promotion, the sweepstakes generated 300 entries by the following Monday! Clearly, everybody wants a free grocery prize.

We didn’t stop there, however, and promoted heavily on our Facebook Page to drive more consumers to the site. (The grocery sponsor joined in, too!) 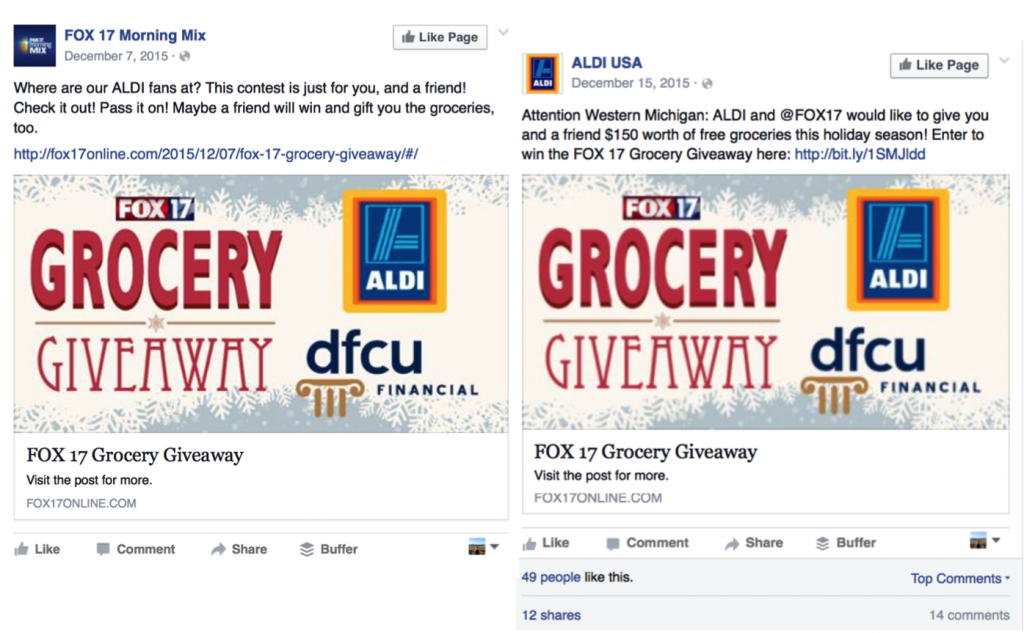 Once consumers arrived at the registration page, the opt-in magic happened. In order to maximize email generation, we followed best practices by supplementing the opt-in with captivating copy: “Keep me in the LOOP, I love getting offers from FOX17 and their advertisers!” 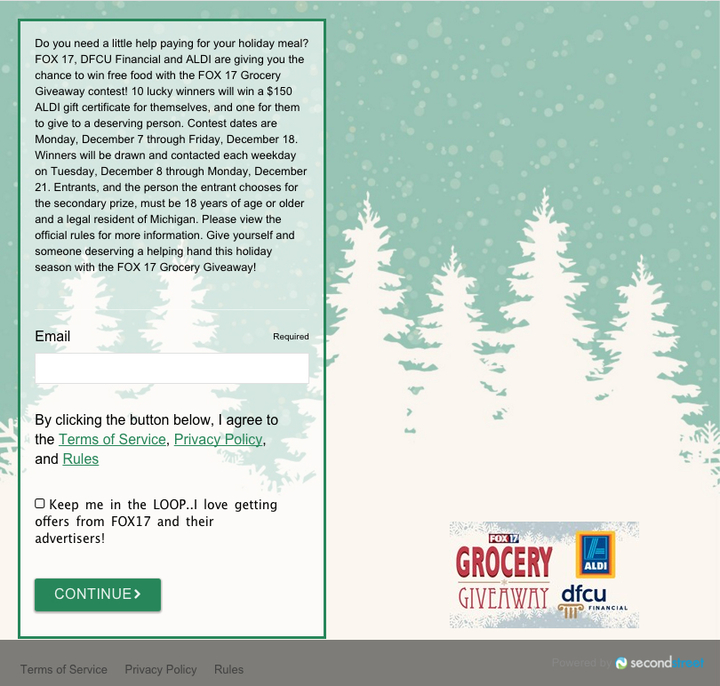 The next page of the entry form allowed our advertisers and us to generate valuable consumer data by collecting the names, addresses, birthdates, and phone numbers of entrants. This was a great selling point for securing the credit union sponsor who wanted to generate leads in Western Michigan.

Another successful component of this sweepstakes was how it encouraged social sharing. Entrants who referred friends to the contest could earn extra chances to enter. Additionally, entrants could post prepared messages on their Twitter or Facebook Pages that encouraged others to enter the giveaway through a direct link. 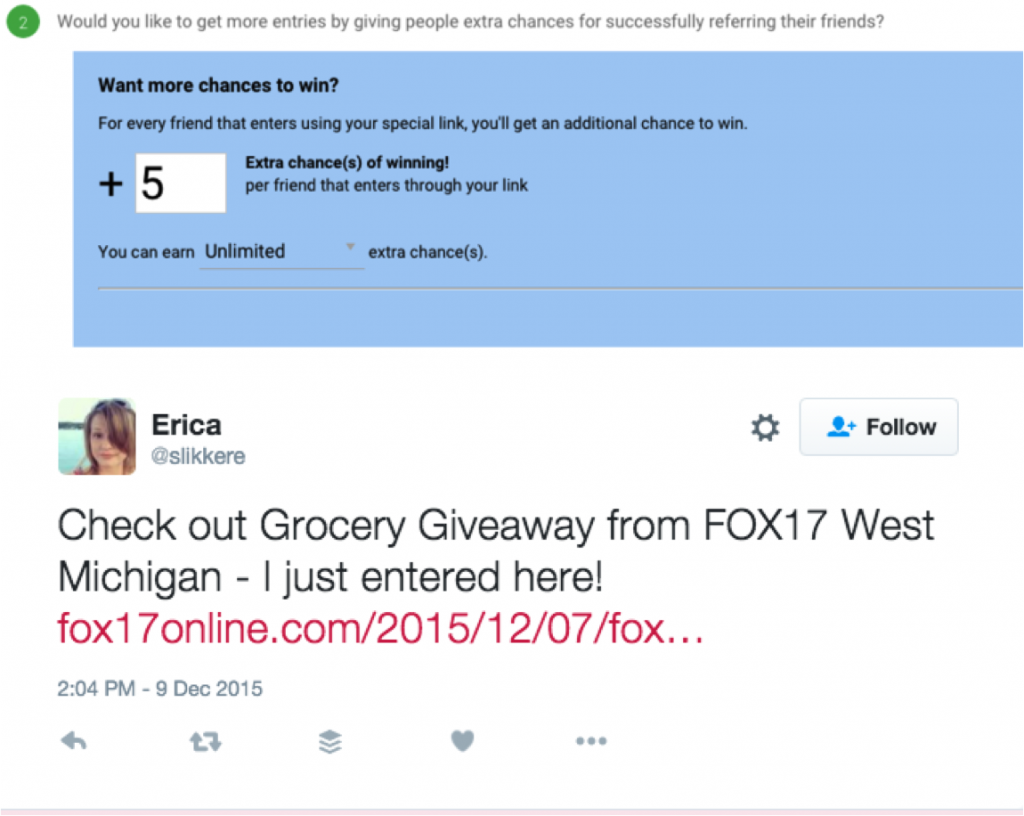 Partially thanks to social sharing, the giveaway generated abundant positive feedback from the community. People loved the idea of giving back to their community during the holiday season! 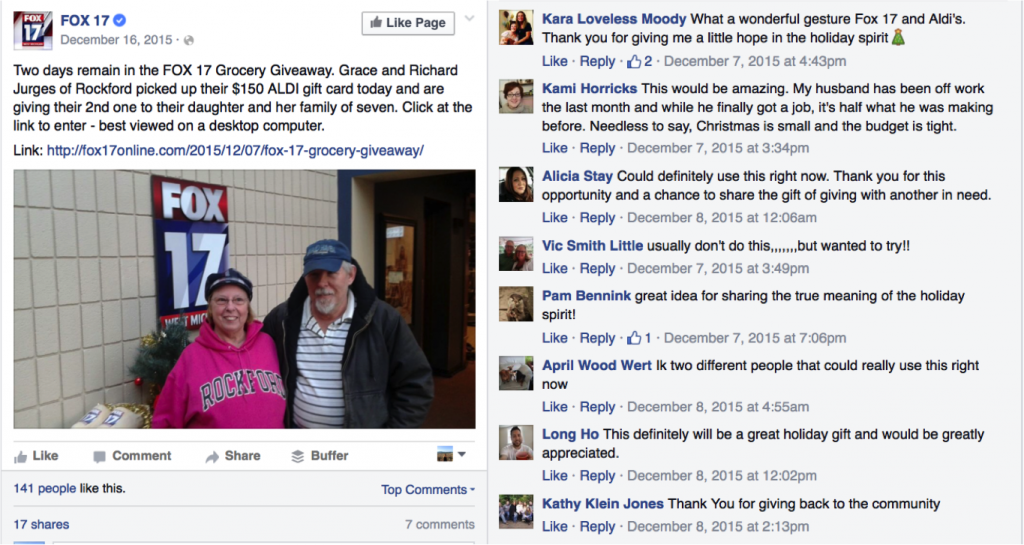 This sweepstakes generated enormous results for both our station and our advertisers.

First, we brought in new direct revenue from two advertisers, including $10,000 in revenue from our title sponsor.

Second, over the course of ten days, we had a little over 8,000 entries. Even better, the promotion generated an 83% opt-in rate (6,752 emails) for our station and a 65% opt-in rate for the advertisers. This, combined with the consumer data, translated into almost 5,000 qualified leads for the credit union, a huge opportunity to expand into Western Michigan.

We were also impressed with the amount of social sharing the promotion triggered. The giveaway was shared well over 1,000 times on social media, and the feedback received from our Facebook community was overwhelmingly positive.

Our advertisers, too, were thrilled with the results. At the end of the promotion, we met with the Branch Manager and Public Relations Director of the credit union and they were excited to start working with us on future advertising campaigns.

And as for us? We look forward to expanding this opportunity next year! 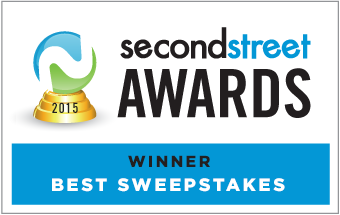 WXMI’s Grocery Giveaway was the winner of the Best Sweepstakes at the 2015 Second Street Awards.

Julie is an Account Executive at WXMI-TV. After coming to the station from a National Rep Firm, Julie found contesting as a great solution and resource for local businesses to connect with our viewers through community involvement and creative concepts. For Julie, this is a fun way to cold call on businesses that aren’t typically doing traditional advertising and are looking for creative solutions.