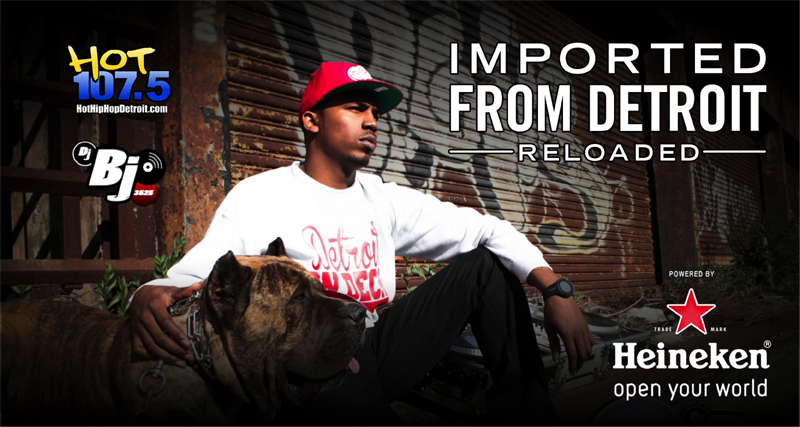 WGPR-FM (HOT 107.5) is an urban radio station in Detroit, Michigan with a focus on current R&B & hip-hop. The station is a part of Radio One and has a DMA of 12.

We had already been running an on-air local music feature for several years and wanted to bring it online, so when Heineken was looking for an opportunity to connect to the music scene, Imported from Detroit seemed like the perfect sponsorship opportunity.

After a very successful first year of deployment, the concept was further developed into a fully integrated feature that included on-air support and live events in addition to the array of online exposure through Facebook, Twitter, texting, and the website itself.

Heineken was the exclusive sponsor of Imported from Detroit, a year-long contest designed to identify hot local music talent for one of our DJ’s to feature on air.

Unsigned local artists could submit a radio-ready MP3 track, and each week the song that received the most votes would be played on the air and the artist would have a chance to compete in the ongoing Red Stars of Detroit live concert series for $500 and studio time.

To launch the campaign and build awareness, a custom “Red Star Access VIP Party” text-to-win flyaway sweepstakes was implemented. A homepage takeover and ROS banners pushed users to a landing page that gave them info on entering the contest and also promoted the Imported From Detroit Red Star Access Edition contest.

A bi-monthly newsletter inclusion on HOT 107.5 as well as social media and text messaging were utilized to continue promoting the contest and live concert events throughout the campaign flight.

HotHipHopDetroit.com averages 23% of its website from mobile devices. To increase the user engagement, mobile versions of the contest were set up to allow for tablet and smartphone access to submit, view submissions and vote.

In addition to having their music played on the air, artists compete for the opportunity to perform at one of 4 live events, sponsored by Heineken and presented by HOT 107.5. 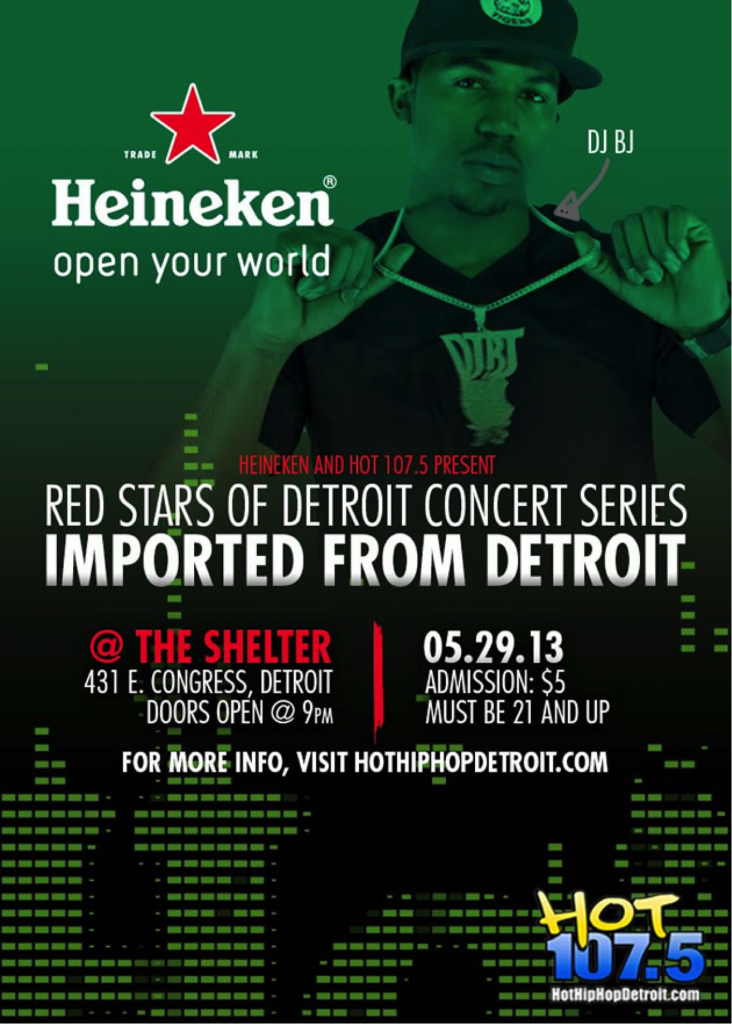 The 6 artists who receive the most online votes perform up to 4 songs at the event. The artist that receives the most applause is then chosen as the winner and given a check for $500 and a Heineken swag bag. Each event features Heineken sold at a discounted rate to promote the sale of their product over other beers.

This year’s contest generated $20,000 in sponsorship revenue, plus an additional $30,000 buy. Here are some other notable results:

Pending the successful completion of the campaign, Heineken has expressed an interest in re-investing for 2015 at a similar or increased dollar amount.

In addition to continued revenue potential, the previously submitted music continues to drive a fair amount of website traffic, with artists promoting their own pages and users browsing for older submissions.

Tim is the Director of Integrated Marketing at Interactive One. Tim specializes in helping business owners, marketing directors, and advertising agencies use a combination of new and traditional media to engage their customers.