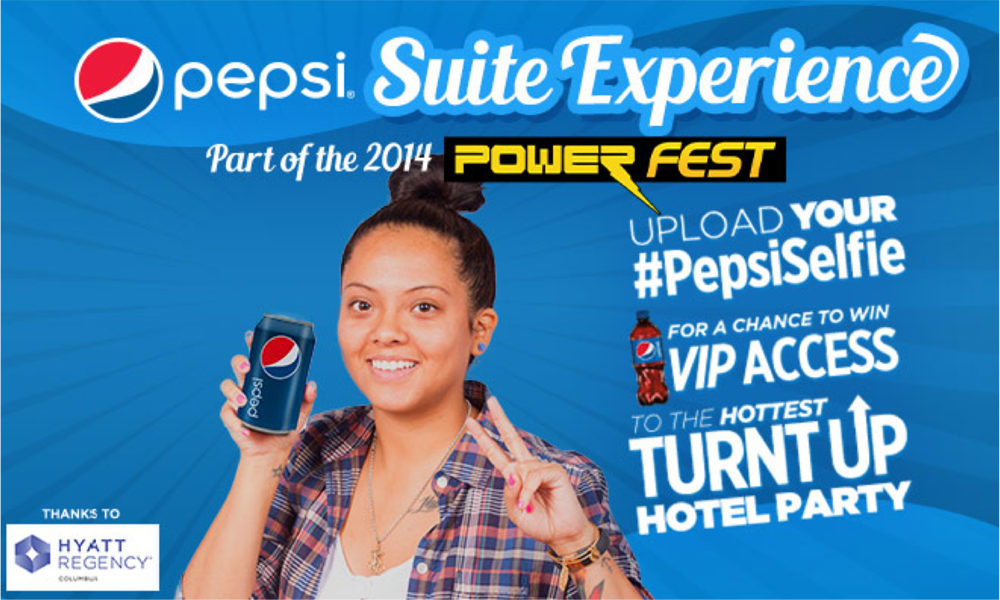 I recently spoke about this contest during a How Radio Can Drive Revenue & Qualified Leads with Promotions webinar. Here is my top takeaway about how radio can find huge success – and drive results for advertisers – with online promotions:

WCKX-FM (Power 107.5) is an urban radio station in Columbus, Ohio with a focus on current R&B & hip-hop. The station is a part of Radio One and has a DMA of 32.

We had several goals for the promotion:

When we spoke with Pepsi, we found that they had several distinct goals as well:

The solution to all of these goals – both ours and Pepsi’s – was the Pepsi Suite Experience selfie contest.

In order to enter the Pepsi Suite Experience contest, people had to take a selfie with a bottle or can of Pepsi. As you can see, people in our market had a lot of fun with this requirement! 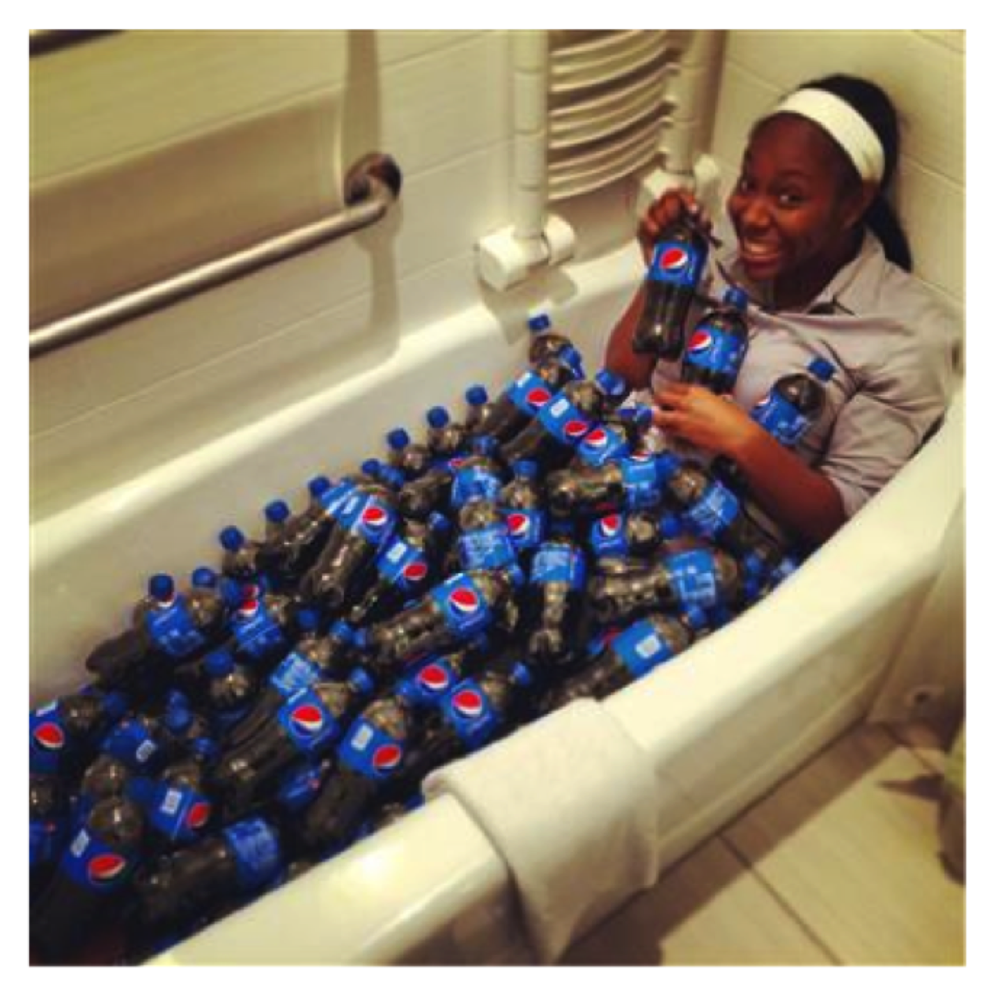 The randomly selected winner received a prize package including 2 tickets to Powerfest and access to the exclusive Pepsi Suite Experience VIP celebrity event, which featured the opportunity to interact with Power 107.5 staff, special guests, and surprise artists. 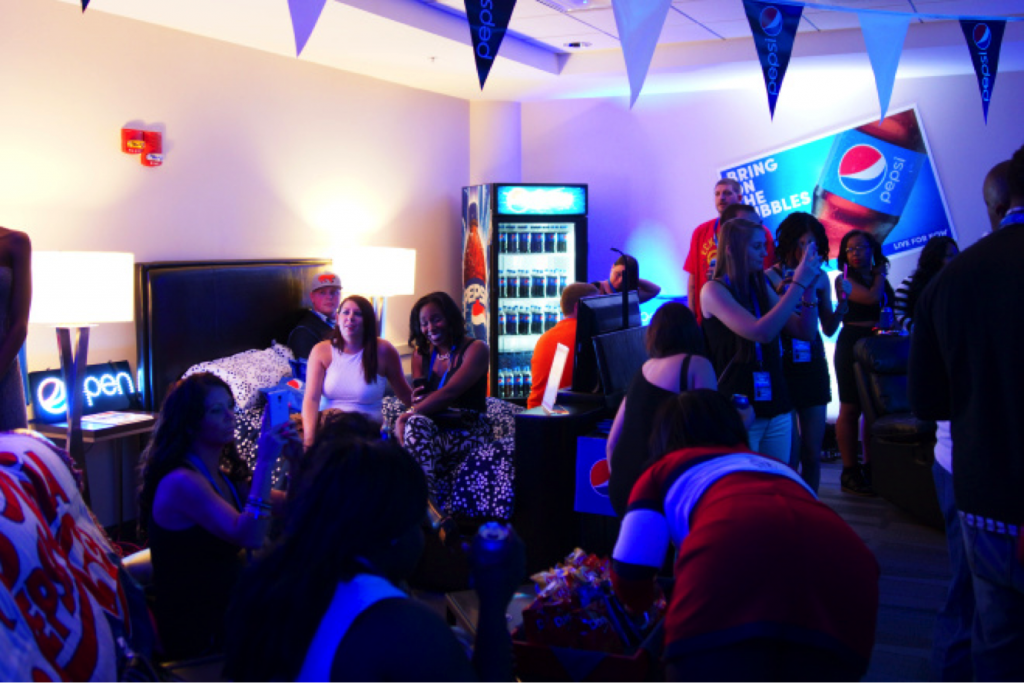 There were new guest appearances every 20 minutes during the party, which sustained excitement and energy throughout. Listeners got to interact with sports mascots like the Columbus Crew Cat, a local cheerleading and marching band squad, breakdancers and other local celebrities all while creating an incredibly positive brand experience for Pepsi. 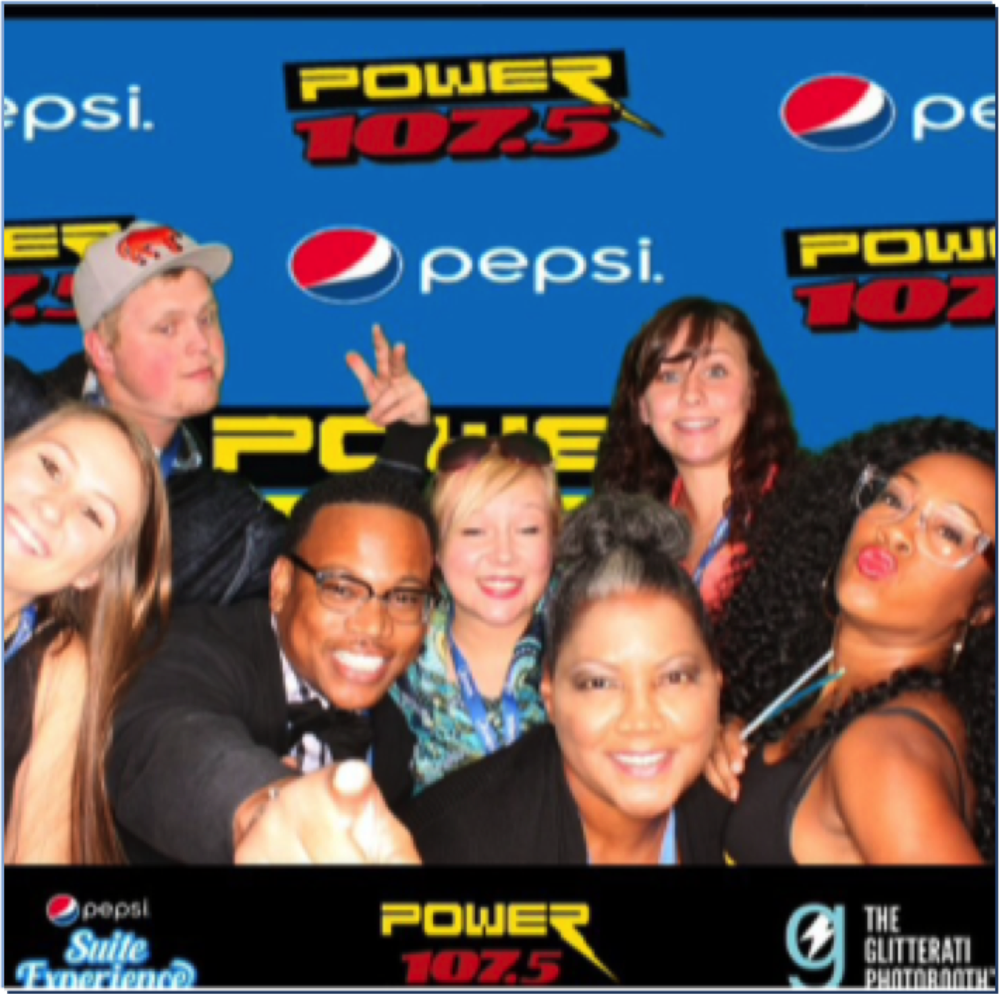 You can see even more photos from the Pepsi Suite Experience in this gallery.

We heavily promoted the contest with all of the assets available to us: 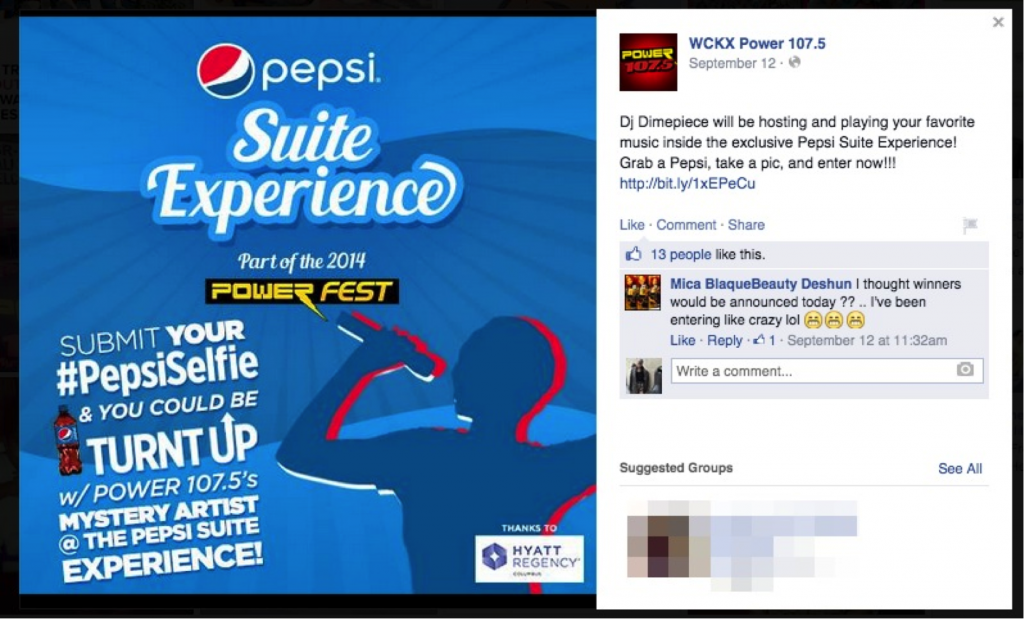 Our tagline throughout the campaign was “Grab a Pepsi, take a pic, and enter now!”

The contest received 102 submissions, which is great for a photo contest with a specific requirement for entry. We also had more than 3,000+ social media mentions and 275,000+ digital impressions.

The party itself was a huge success, and we had more than 100 listeners attend. Pepsi was very pleased with the positive branding and viral success of this promotion!

Tim is the Director of Integrated Marketing at Interactive One. Tim specializes in helping business owners, marketing directors, and advertising agencies use a combination of new and traditional media to engage their customers.