The Times Herald-Record in Middletown, NY was looking for a new way to increase their revenue, grow their email database, and promote goodwill among their readers. Varsity 845, the paper’s designated local sports site, decided on a High School Athlete of the Month photo contest. 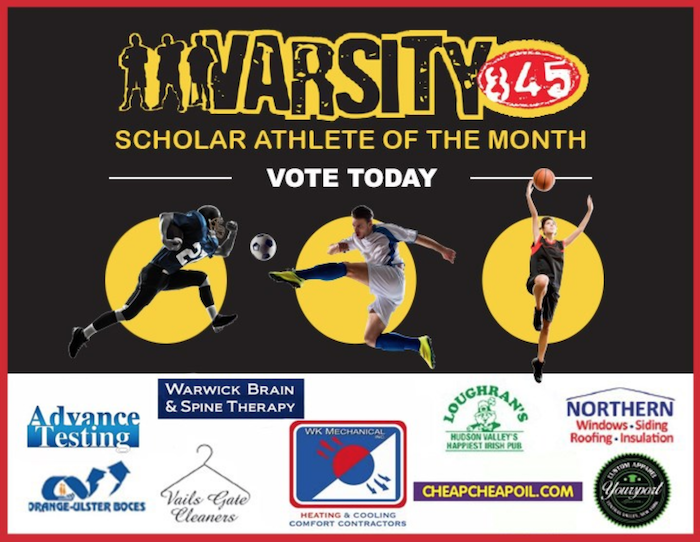 While the Times Herald-Record was able to secure seven sponsors initially, interest grew, and they’ve even added two more. From healthcare and home improvement to community colleges and automotive, their sponsors were proud to be a part of the photo contest.

The year-long photo contest featured new high school athletes every month in separate categories for male and female athletes. Each month, the athletic directors from each school district would submit one female and one male scholar athlete. A committee from the Times Herald-Record would narrow down these submissions to the top five. 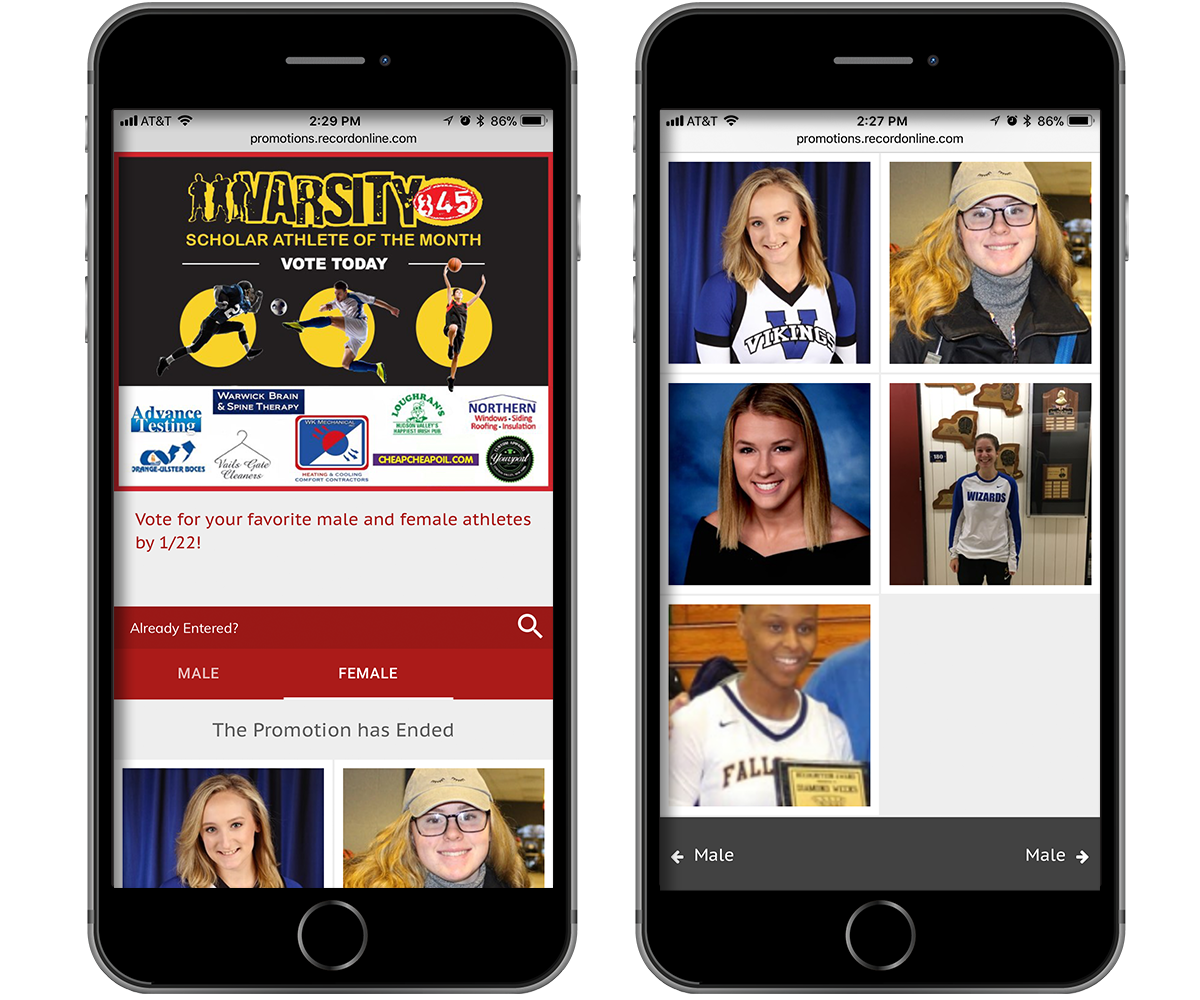 Each month, the two winners would receive a plaque, a gift card for $250, and coverage in the paper. To take the honor of winning another step further, the Times Herald-Record has partnered with their local athletic association and plan to recognize all the monthly winners at their end of the year banquet in May.

Knowing a high school sports photo contest will attract a large audience, the paper was sure to leverage this as an opportunity for email database growth. They included an opt-in for themselves as well as one for their sponsors. 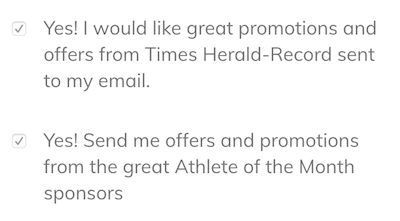 In order to attract people to the photo contest, the Times Herald-Record posts frequently on their website and on social media. But the main way they get users to their photo contest is through email. Each month, an email is sent to announce voting is open and remind users they can vote once a day. 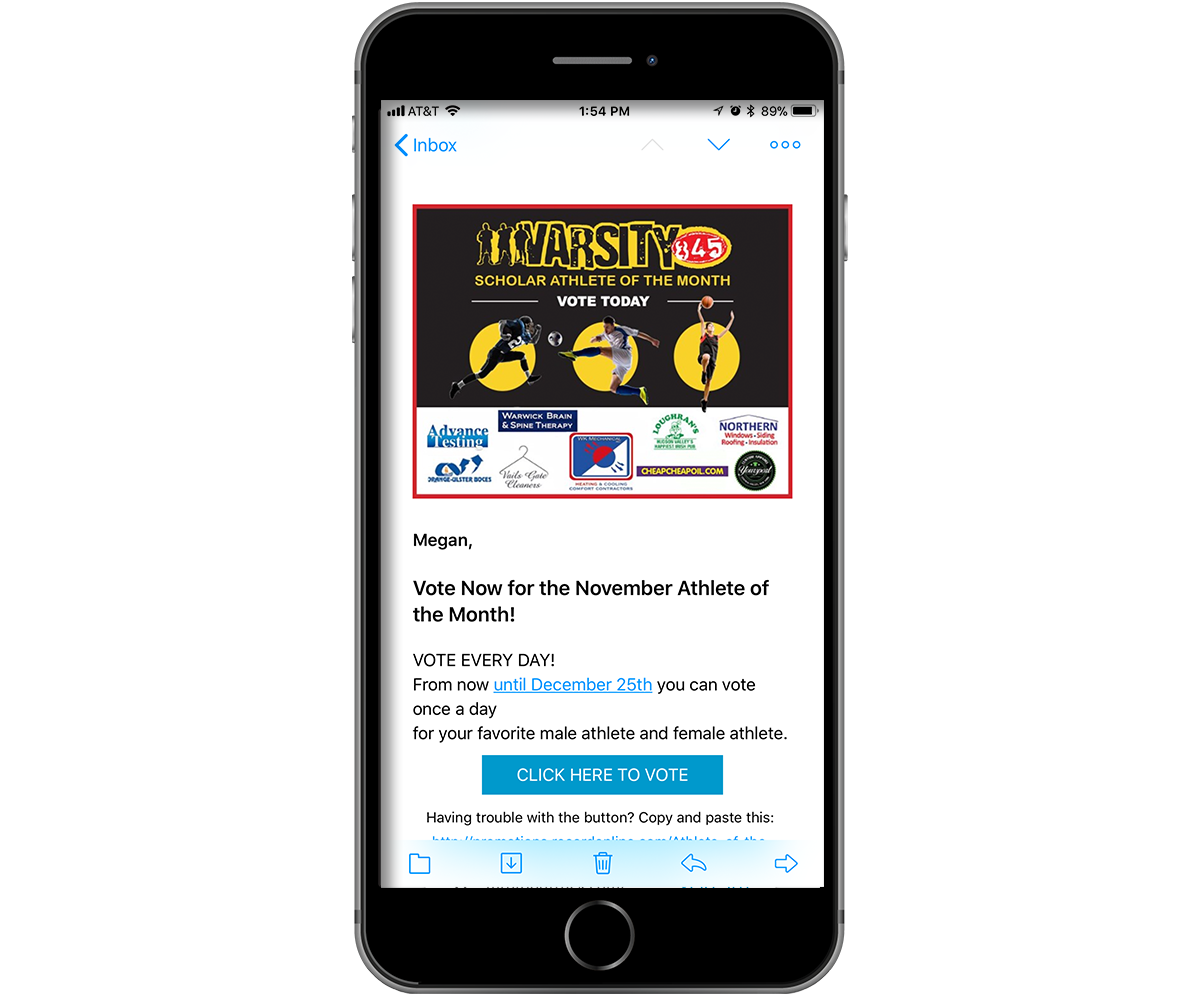 Beyond the paper’s own means of promotion, the entrants on their photo contest bring a lot of their own promotion. Any photo contest about children means you’re going to get tons of parents, grandparents, and friends rallying for votes and sending people to your website. 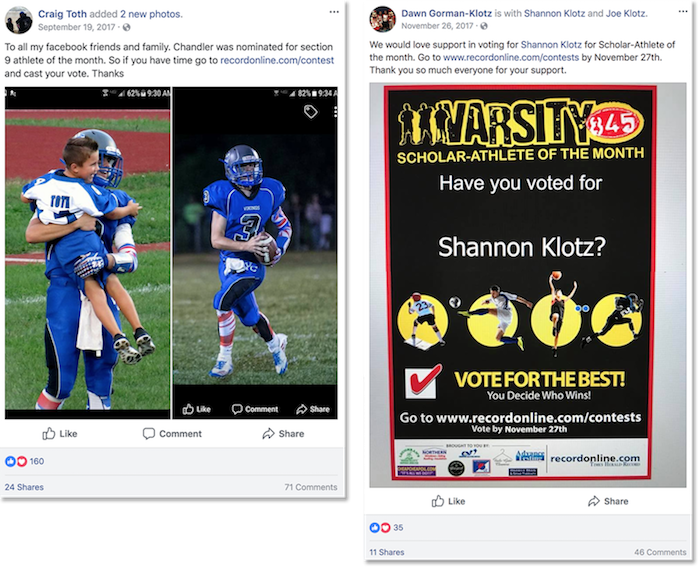 While the Athlete of the Month campaign only started about eight months ago, the paper has already found outstanding success. So far these monthly contests have brought in over 11,000 votes. More than 2,800+ people have opted-in for the paper’s database and another 2,700+ opted-in for messages from the sponsors.

But the biggest success, is revenue. This year-long contest is bringing in revenue month after month, leading to more than $60,000 in annual revenue for the Times Herald-Record. The paper has found this to be an excellent way to celebrate the top student athletes in the community and looks forward to continuing this successful campaign.