Naples Daily News, a part of Scripps Media, is a 61,000 circulation daily newspaper in Naples, Florida. The paper has been running their annual Southwest Florida’s Choice Awards ballot for over 10 years.

Each year, Naples Daily News caps off their Southwest Florida’s Choice Awards ballot promotion with a special cocktail reception and awards ceremony to celebrate the best local businesses, as chosen by their readers.

The event is a great way for the newspaper to thank their advertisers. The cost is covered by revenue generated from their special sections published before and after the Southwest Florida’s Choice Awards ballot. 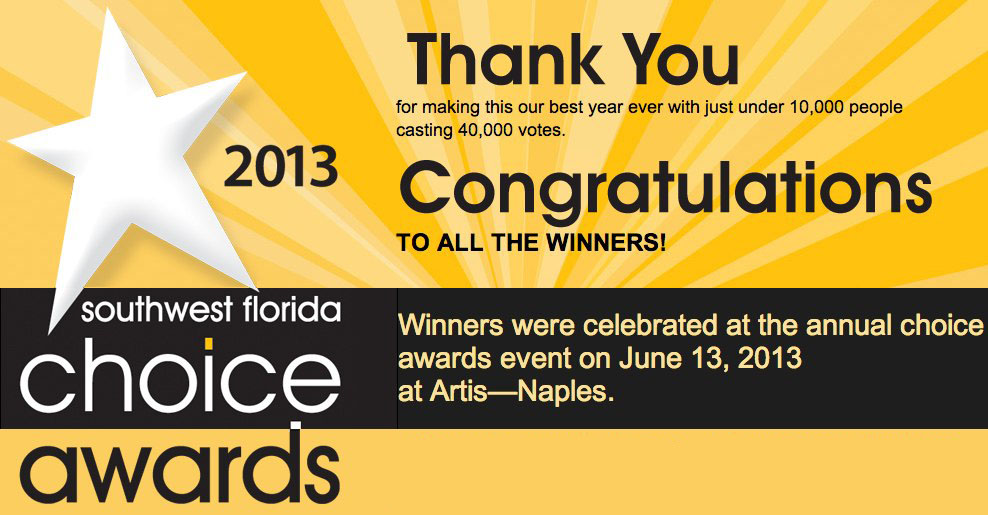 Planning a large-scale live event takes time. The Naples Daily News marketing team begins planning a year out, and it’s really paid off for the paper. Taking almost a full year to plan the event ensures that everything is well thought-out and accounted for in advance.

The live event is marketed by sending a special email to all of the merchants featured on the Southwest Florida’s Choice Awards ballot. They also placed ads in the paper and on their website, created a Facebook Event, and posted to social media about the event.

More than 700 people – most of them merchants who had been featured on the Choice Awards ballot – attended the cocktail reception and awards ceremony.

The event was open to the public. Tickets were sold for $35 in advance or $40 at the door and included drinks and appetizers. In addition, attendees were given a goodie bag stuffed with offers from merchants on the Southwest Florida’s Choice Awards ballot. Winning merchants received two free tickets, but were required to purchase any additional tickets.

Want a glimpse into this special event? Here’s a short video giving you a sneak peak into the festivities.

The event included a photo room where winning merchants could get their pictures taken to appear in the special winner’s section. Plus, a live band was there to entertain the crowd. The whole event culminated in an awards ceremony recognizing more than 250 winners.

Each winning business received a certificate, a window cling, and a license plate cover announcing their win. However, these awards were not given out during the ceremony itself. Instead, the awards were hand-delivered by sales reps in the days following the event, along with a flyer offering them a chance to feature an ad in the Choice Awards winners special section.

This delivery tactic was new this year, and not only did the awards ceremony itself move more smoothly, but there was a 10% increase in sales for the special section!