KOIT-FM is a DMA 6 station out of San Francisco, California. Last season, the classic Christmas song ‘Baby, It’s Cold Outside’ was at the center of a national public debate over its lyrics. When we pulled all versions of the song from our rotation, the story was picked up by other local news outlets. Then, we received a tidal wave of requests for the song to return to the airwaves.

We decided this was a great chance to utilize a poll to let our audience share their feedback. We wanted to let our listeners choose for themselves if they wanted to hear this controversial song. 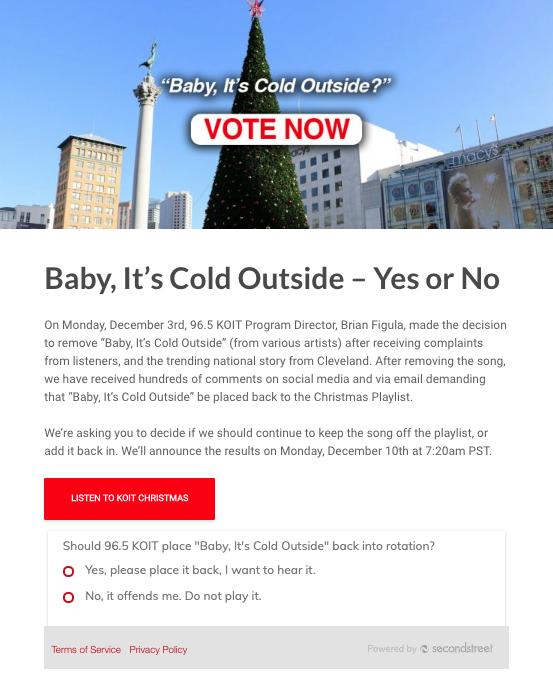 We created a simple, one-question poll asking listeners, “Should 96.5 KOIT place “Baby, It’s Cold Outside” back into rotation?” The registration form included opt-ins for seven of KOIT’s interest-specific newsletters and gathered user information such as zip code, birthday, and gender for email segmentation data. 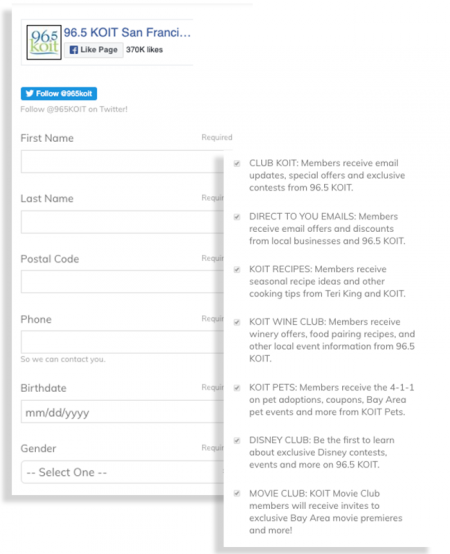 Our on-air personalities announced the poll to our listeners. Plus, we included links to it on social media, email blasts, and on our website. The story surrounding the poll gained so much attention dozens of other local news stations like the New York Times, Fox News, Wallstreet Journal, and CNN picked it up. This drove even more responses! 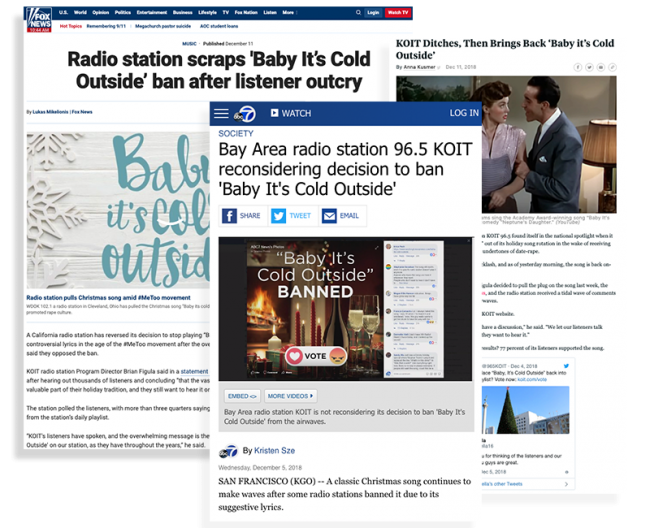 This simple poll became one of our biggest stories of the year! In just two weeks, it gained over 23,000 responses and more than 14,000 opt-ins for our various newsletters.

In the end, we concluded that the vast majority of our listeners consider the song to be “a valuable part of their holiday tradition,” so we put the song back in rotation. We loved the opportunity to engage our audience and include them in station decisions!