Your audience loves an opportunity to voice their opinion. Whether it’s new music coverage, sports stories, or an editorial piece, a poll is a quick way to make any piece of content interactive.

Check out how these five media companies are using polls to take their content to the next level:

High school sports is a popular topic in almost every community. For WAGA-TV in Atlanta, GA, their sports news team already did a lot of high school football team coverage, but they wanted to involve their audience even more. Their Game of the Week poll was a big success, drawing in over 16,000 votes, and helps determine which game will get special tv coverage that week. 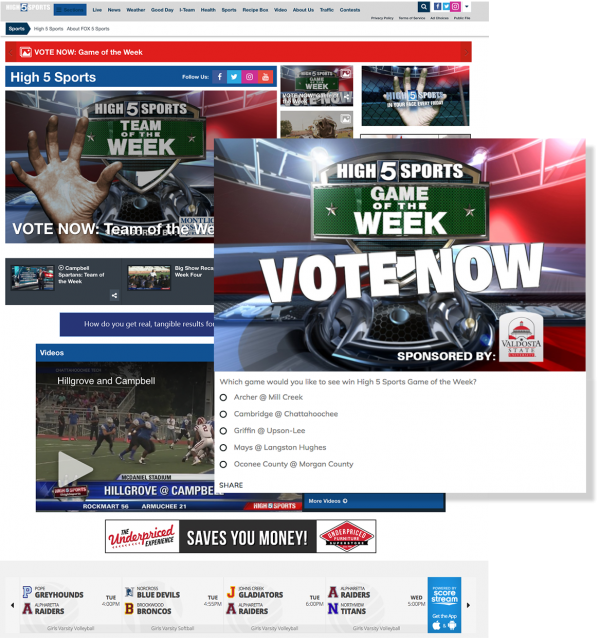 With nurses potentially going on strike in northwest England, The Mail, a paper out of Barrow-in-Furness Cumbria, used a poll to bolster their coverage of the news story. Readers were able to interact with the paper’s story and share their opinion on whether or not the public should support the nurses strike. 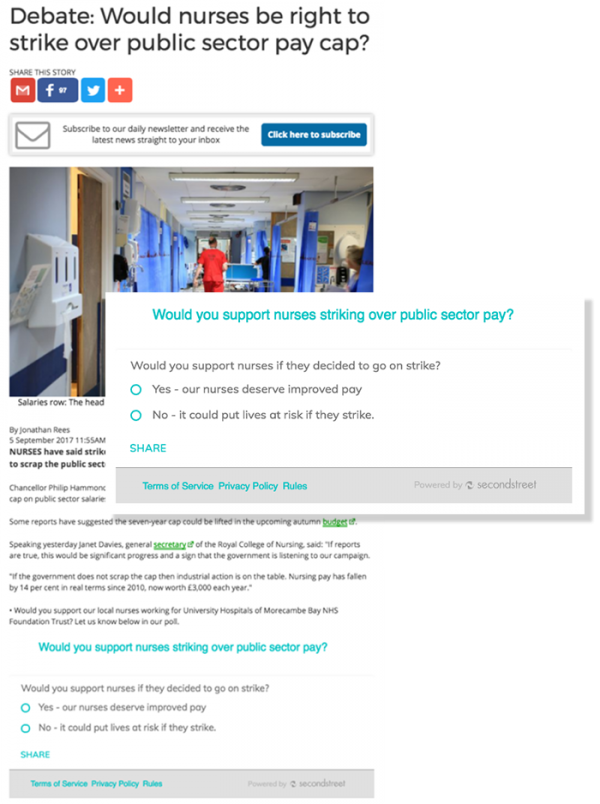 For the Punk in Drublic music festival, KQXR-FM was looking for a local band to open for the show. They created a poll with the five competing bands, and also included an email opt-in to that added over 460 new addresses to their email database. The poll was a hit with fans and lead to nearly 5,000 votes. 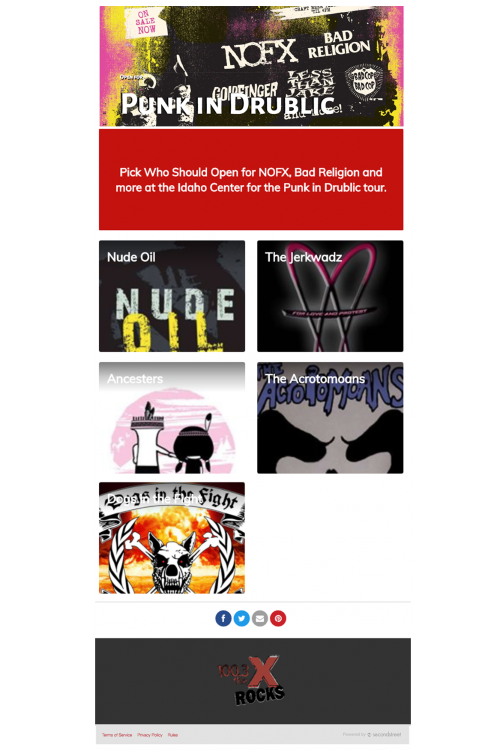 High school sports coverage is a big part of the WVLT-TV nightly news. Each week, the station creates a video highlighting the best plays of the week. Below the video, viewers can vote in a poll for which was their play of the week. The winner is announced during the station’s pregame show the following week. 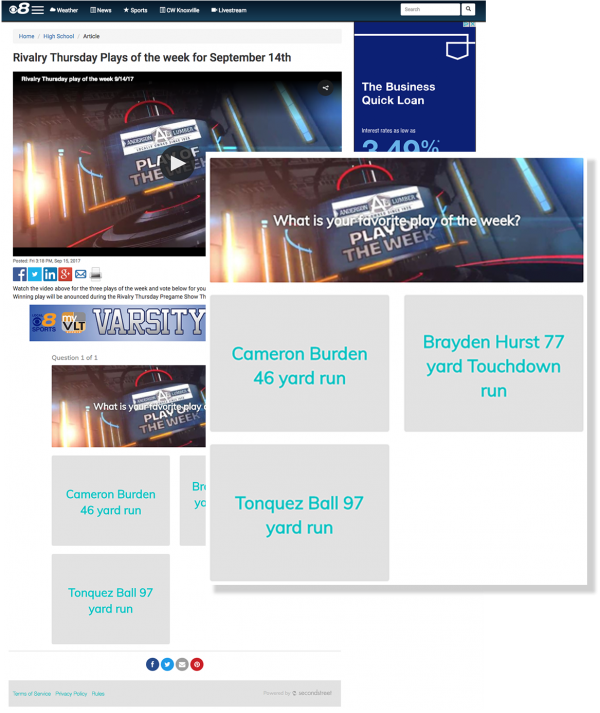 With a new baseball team heading to the Hub City, a poll guessing the team’s name was a great way for the Aberdeen American News to engage their audience, and – by including an opt-in – a great way to grow their database. Plus, a random entrant won a VIP package with the chance to throw out the ceremonial first pitch. 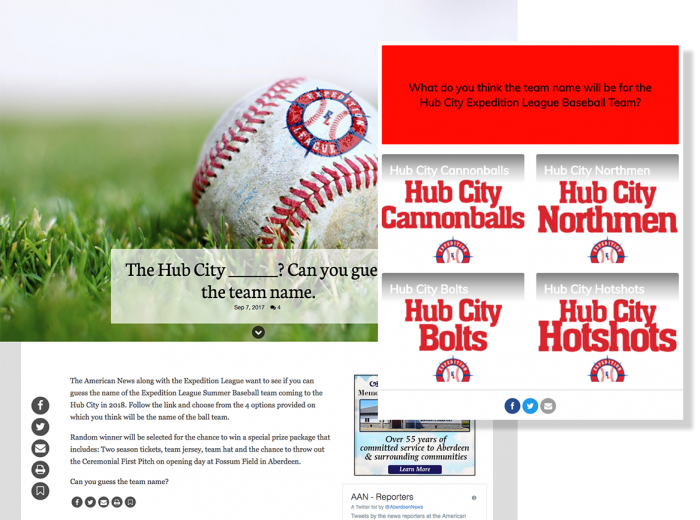 No matter what topic you’re wanting to share with your audience, the addition of a poll can make this an interactive experience and even collect useful data on your audience’s interests you could use later.