KAKE-TV is a DMA 67 station out of Wichita, KS. Our station has been running successful promotions for years and loves finding opportunities to incorporate our network’s shows. With American Idol making a comeback, we wanted a way to get our viewers excited about the show and hopefully bring in station revenue at the same time.

We came up with the idea for a video contest called KAKE Idol seeking out the best local singers. The winner would be given a three-night stay at an American Idol judging city and – the big prize – a chance to audition for the American Idol television show. 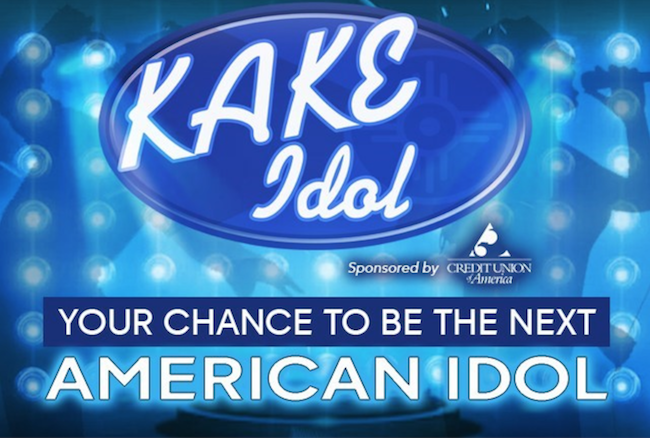 Our station was able to secure the Credit Union of America, a local credit union based in Kansas, as the title sponsor. When it comes to contests promoting local talent, banks and credit unions often are eager to show their support of the community.

We started off the contest with a two-week nomination period. To drive entries, we created a :30 second on-air promo spot to advertise the contest. In the video, we clearly showed exactly how viewers can go to the KAKE.com website and submit their entry.

In addition to the on-air promo, we sent a dedicated email to our database, and we also had a social media campaign showing off some of the entries to an effort to drive in even more. 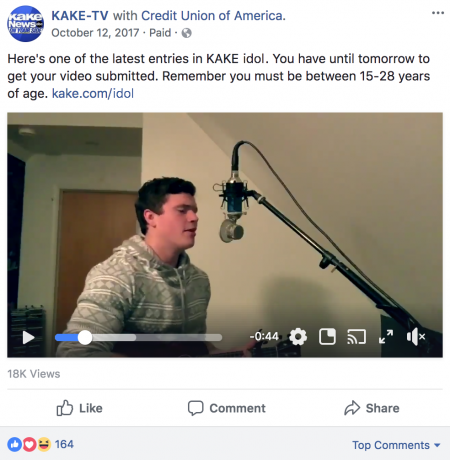 Once the nomination period ended, a team at the station sorted through all the video entries. While the competition was tough, we were able to narrow it down to the top five finalists. Now it was time for the viewers to vote who would be crowned KAKE Idol. 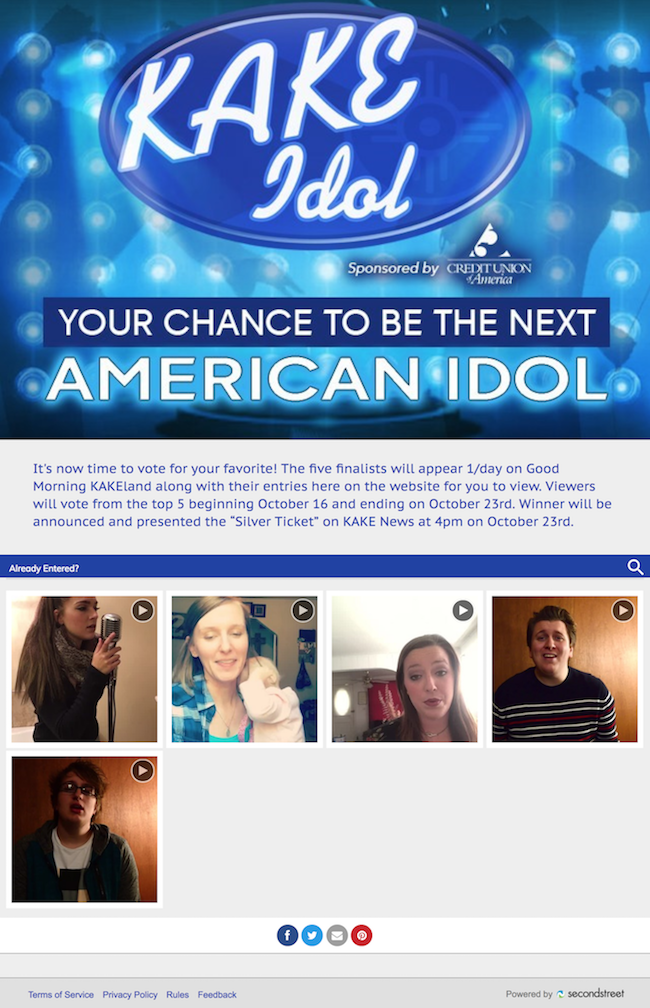 We promoted the two-week voting period on-air with a :15 second promo spot featuring the five finalists. Once again, we made sure to highlight exactly where users could go online and cast their vote.

To incorporate other areas of our station, we had each of the five finalists on our morning show, Good Morning KAKEland. Not only did this drive tune-in, but we also posted the videos to our Facebook Page to encourage people to go online and vote. Plus, on the last day of the contest, we sent a reminder email to our database. 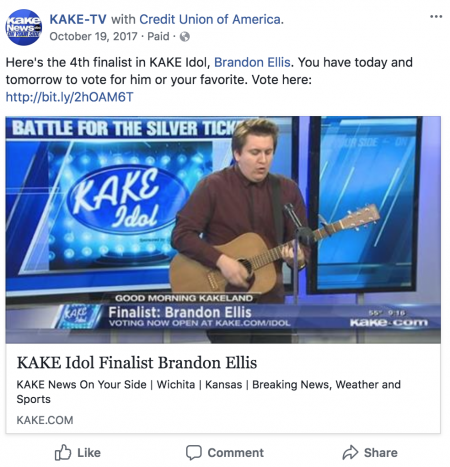 When the contest ended, it was time to announce the winner. We had a little fun with this part, and our team was able to surprise our winner live on-air. We also had a representative from our sponsor, Credit Union of America, there to present the prize. Not only did we get to share this on our website, we posted the winner’s video to Facebook as well. 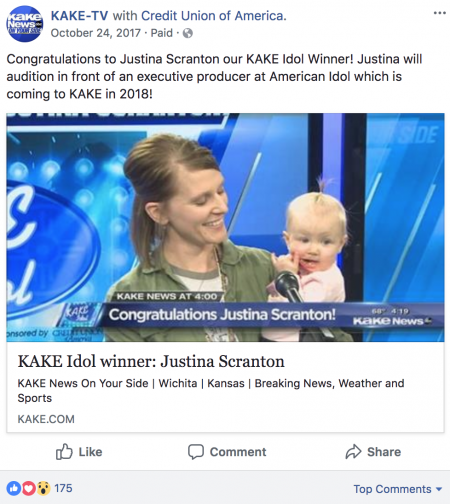 This contest was a big success for our station! We received over a hundred video entries and more than 4,400 votes were cast to decide the winner. Our audience was excited to follow the contestants throughout the contest. On Facebook, our entire campaign had a reach of about 517,000 – one of the highest we’ve seen for a promotion.

This was also a win for our station. We were able to secure $22,000 in sponsorship revenue from the contest. We’re so glad that American Idol is back on-air, and we can’t wait to do this contest for every upcoming season.

Jason Schlitz is the General Sales Manager of KAKE-TV. At the station, they develop impactful broadcast and digital marketing solutions for advertisers across the state of Kansas.