A cutest baby photo contest grows hospital’s email database by over 4,000+ users and drives over 16,000 votes

At the Johnson City Press, a 26,000 circulation newspaper in Johnson City, TN, we have a history of running successful photo contests (our Ugly Truck Photo Contest was a finalist for a 2016 Second Street Award.) Cutest baby contests are always a big success, so we wanted to find a perfect sponsor who could really benefit from the opportunity.

Mountain States Health Alliance, a local medical center, had worked with the Johnson City Press in the past. The hospital was hopeful this photo contest would help them grow their email database, increase exposure for the brand, and develop hot leads for future marketing campaigns.

Long before launching the Picture Perfect Baby Contest, we met with Mountain States Health Alliance to determine what their goals were from this campaign. It’s really important to us to have a consumer needs analysis (CNA) meeting to understand what our client really wants and decide on the best ways to achieve their every goal. 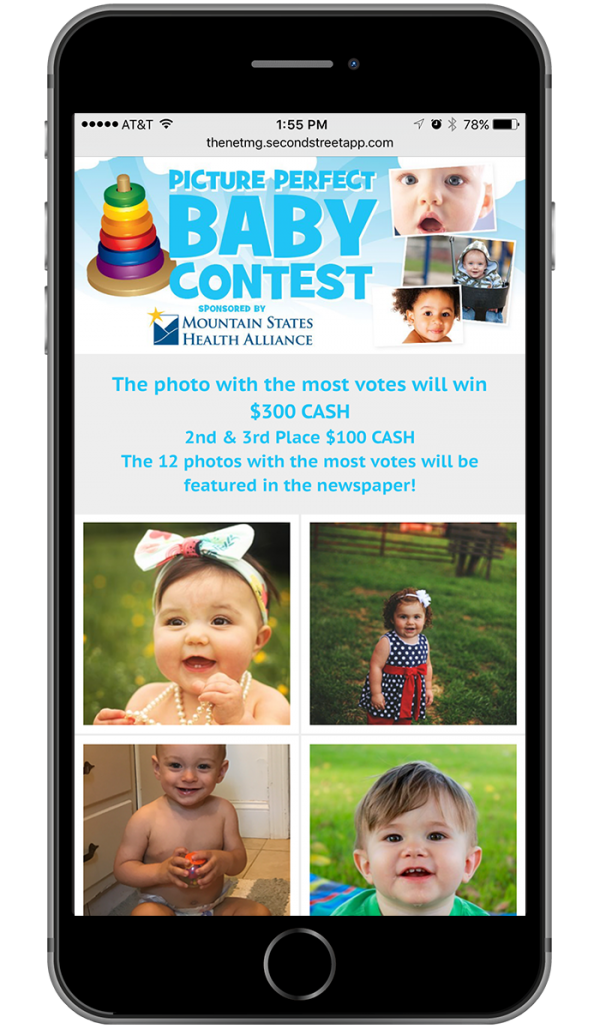 Based on our CNA, we learned the hospital was wanting to grow their email database of new customers. As we set up the contest, we added an email opt-in to the registration page.

In addition to the email growth, it was really important for Mountain States Health Alliance to identify potential new clients. A cutest baby contest presents the perfect opportunity to target families in your community.

With two unique lead-generation questions, the Johnson City Press was not only able to identify users expecting a new baby, but they were also able to provide a list of contacts who specifically wanted information about their children’s healthcare. 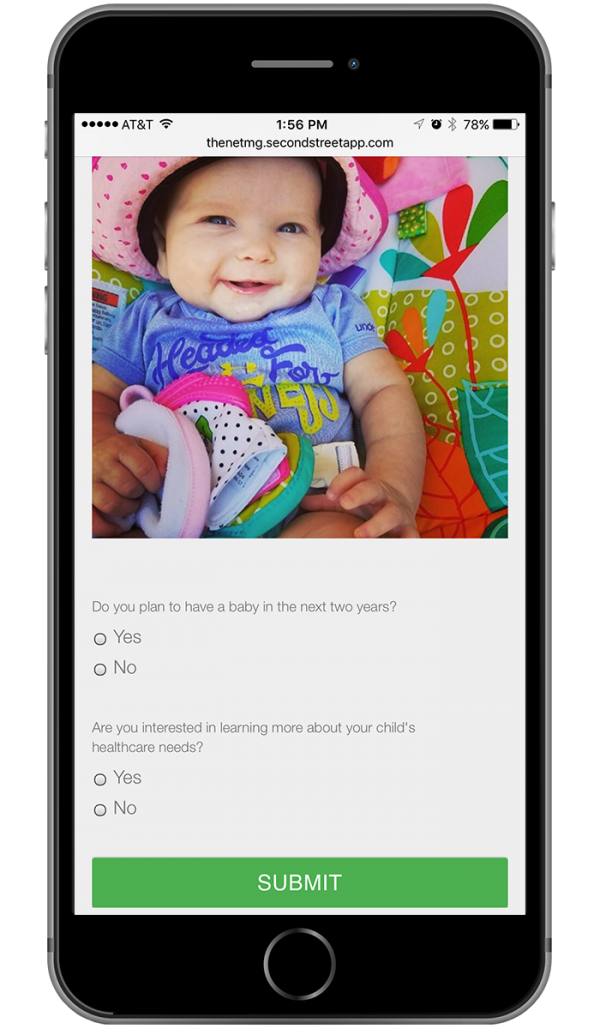 We’ve found photo contests draw in more engagement having both a submission period and separate voting period – each period for about three weeks. While users could only make one submission, we allowed them to cast one vote each day. This brought users back to the site day-after-day and gave them extra time to solicit votes from the friends and family. 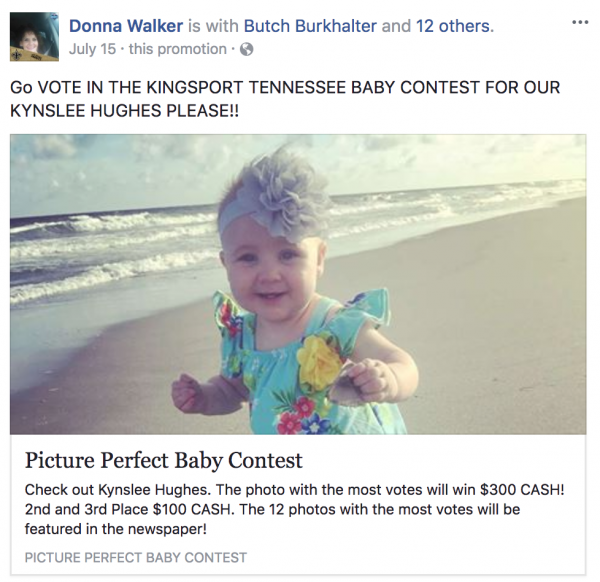 Promotion is key to maximizing engagement on the contest. We leveraged our core media with print ads in the newspaper and ads on our website, but the real driver of participation was email. We sent a contest email to our registered user database of 13,500 people, and this sparked the majority of our contest engagement.

After the contest ended, while the top three winners each received a cash prize, all of the top twelve entrants had their adorable pictures published in the newspaper. 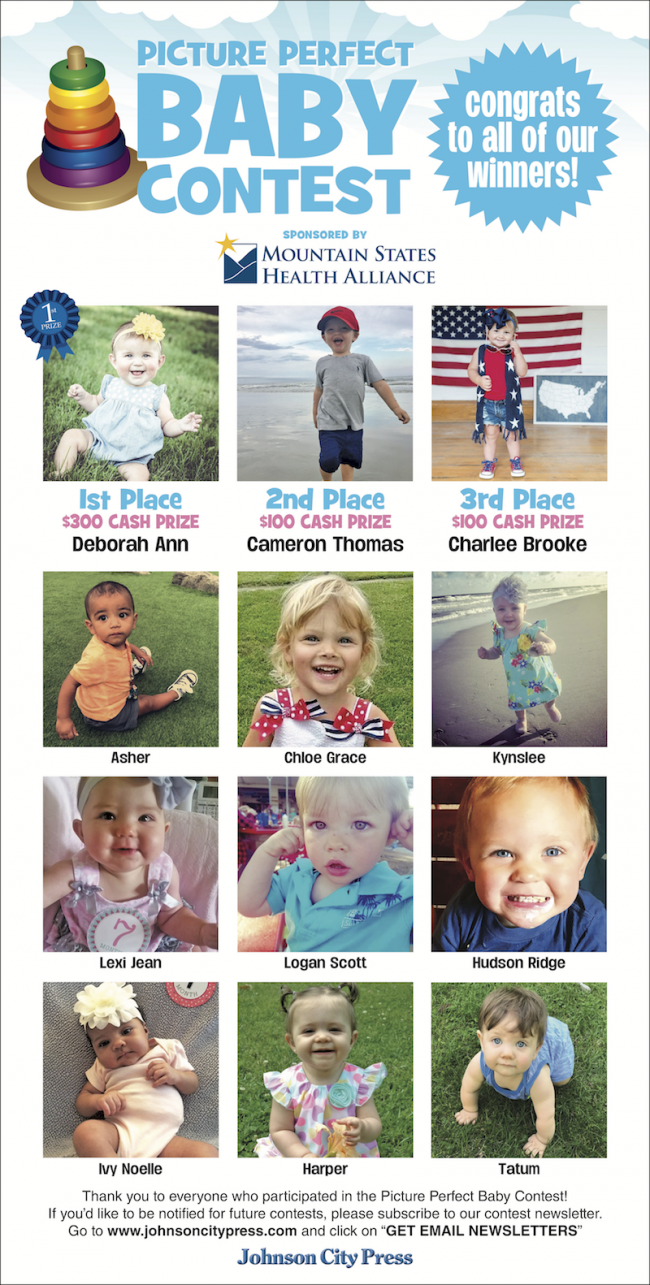 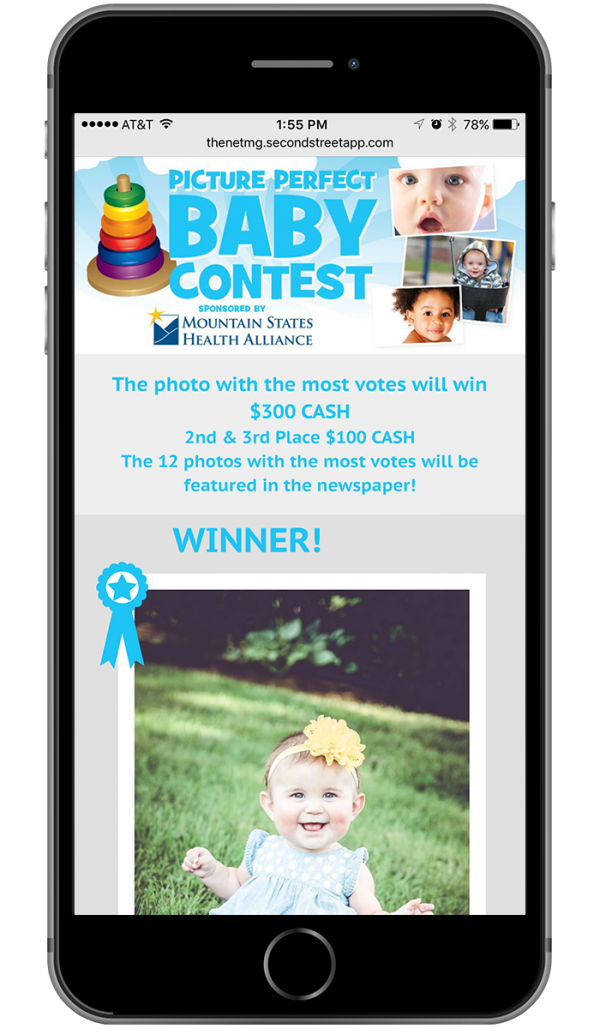 But the real success came in results for the advertiser. The email opt-in brought in over 7,200 new addresses for the hospital’s database. They discovered 1,195 users who anticipate having a baby within the next two years and 596 entrants were interested in learning more about their child’s healthcare.

The Mountain States Health Alliance was thrilled with the valuable results of the contest. They cannot wait to begin using all the data for future targeted marketing campaigns and are eager to work with the Johnson City Press in the future.

We are so excited about offering turnkey Second Street contesting solutions to our clients. The Johnson City Press has enjoyed great increases in emails and engagement with our audience. The success of our Picture Perfect Baby Contest has become a springboard to go into other potential sponsors and WOW them. The Northeast Tennessee Media Group has a full calendar to do much more in Q4 and next year.