Discover sweepstakes, quiz, and other contest ideas for these top franchises

Locally owned franchises are great prospects for promotions sponsorships! No matter the size of your market, these franchises are looking to get in front of your audience and stay top of mind. Check out these 10 franchises and their promotions with local media companies.

Everyone loves donuts and Dunkin Donuts loves to run promotions in markets of all sizes. They sponsored a ‘Which Dunkin Halloween Donut Are You?” quiz with WFIZ-FM out of Odessa, New York. The contest offered a tasty prize of a $10 Dunkin gift card and tickets to Tagsylvania, a local haunted house. By using email, they encouraged their audience to participate in the quiz and get excited about the store’s seasonal donuts.

Dunkin has also partnered with large markets radio stations like HOT 96.9 in Boston for a monthly vacation sweepstakes that drove over $400K in four years and small-market newspapers like the Fort Collins Fort Collins Coloradoan for gift card sweepstakes which readers could enter once a day. 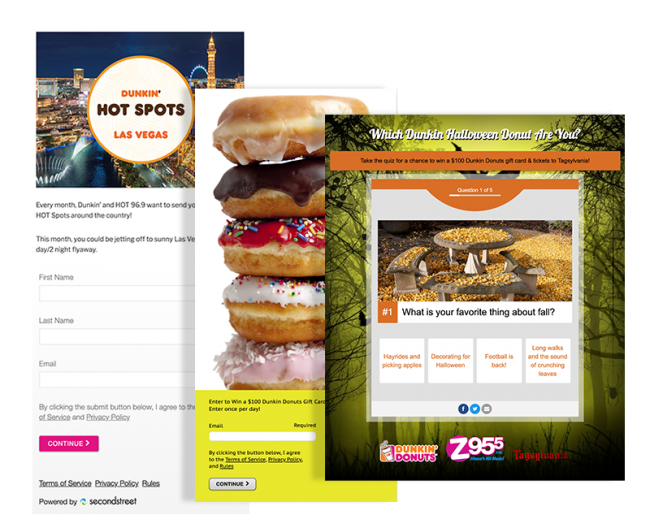 Wendy’s is a chain that likes to align with local sports. One way they’ve done this in Huntington, Virginia is a photo sweepstakes with mid-size television station WSAZ-TV, which has been running for over four years! The ‘Student Athlete of the Week’ campaign highlights standout athletes in the community each week. Winners receive ‘Wendy’s for a Year’ (52 coupons for a small single hamburger or chicken combo and 52 coupons for a Frosty) and a commemorative plaque.

Wendy’s also loves to sponsor sweepstakes! The ‘To Dip Or Not To Dip Sweepstakes’ from large-market Columbus, Ohio newspaper Columbus Dispatch gave away a vacation for two to a location of their choice which drove brand awareness of a new product line and email database growth. And their three-year Food Frenzy sweepstakes campaign with small-market Bowling Green, Kentucky station WBKO-TV gave away two meal vouchers each day. 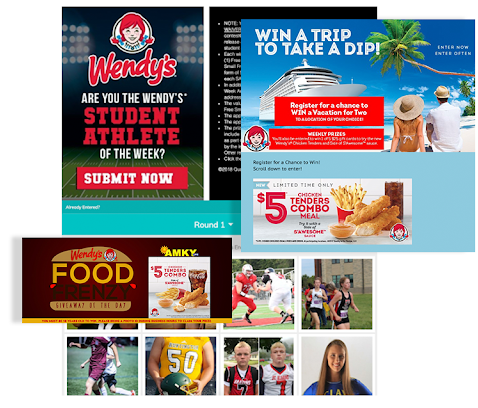 Carl’s Jr recently partnered with KHSL-TV, a small-market station out of Chico, California, on a monthly sweepstakes to celebrate amazing young community members. Each month they collect nominations and select one outstanding teen to win a $100 gift card to Carl’s Jr.!

These franchises often run sweepstakes with local media partners, like the Baby Back Rib Burger Sweepstakes with KOFY-TV out of San Francisco. They also sponsored a trivia quiz with mid-size Colorado Springs, Colorado station KKTV-TV to promote their new Charbroiled Hawaiian Chicken Sandwich. Quiz takers were entered for a chance to win four coupons to try the new sandwich for free. 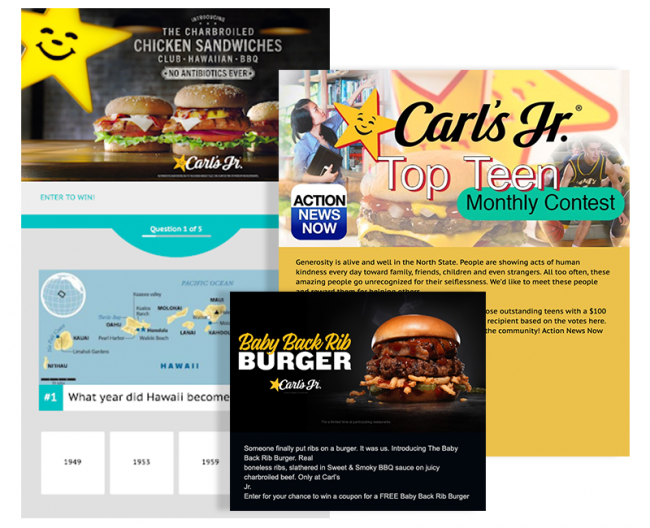 With WQPO-FM, a small-market radio station from Harrisonburg, Virginia, the local Dairy Queen franchise ran a ‘Happy Day’ sweepstakes. The campaign gave listeners a chance to enter a friend to win a free ice cream cake!

Another Dairy Queen franchise sponsored this codeword sweepstakes with large-market KDRV-TV out of Medford, Oregon to give away a $25 gift card to one lucky user each day for one week. And Dairy Queen franchises are a great partner for birthday club promotions! KFVS-TV a mid-size station out of Cape Girardeau, Missouri was able to grow their birthday club email list with a sponsored sweepstakes for a $25 gift card to Dairy Queen! 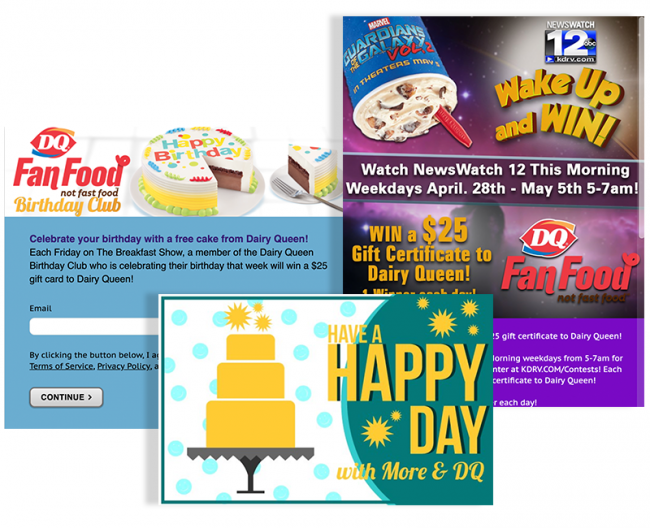 WNOR-FM, a large-market station out of Norfolk, Virginia ran a unique campaign combining a poll and sweepstakes. The poll gave users eight options for their favorite Hardee’s menu item and the accompanying sweepstakes gave one lucky poll entrant free Hardee’s for a year! 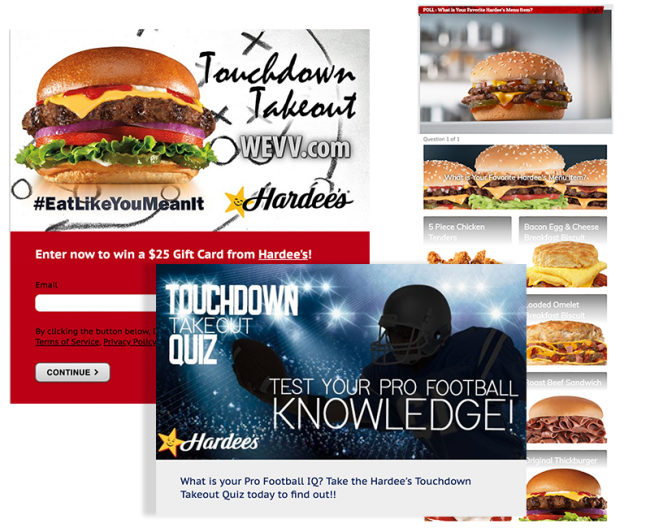 Papa Murphy’s take-home pizza franchise has sponsored promotions across all market sizes. They partnered with mid-size Fresno, California television station, KMPH-TV, for a ‘Make Your Own Pizza’ sweepstakes. They asked users to list five toppings that would make up their perfect pizza for a chance to win a large pizza week for one year. And, to top it off, this Papa Murphy’s featured the winning masterpiece for one month. 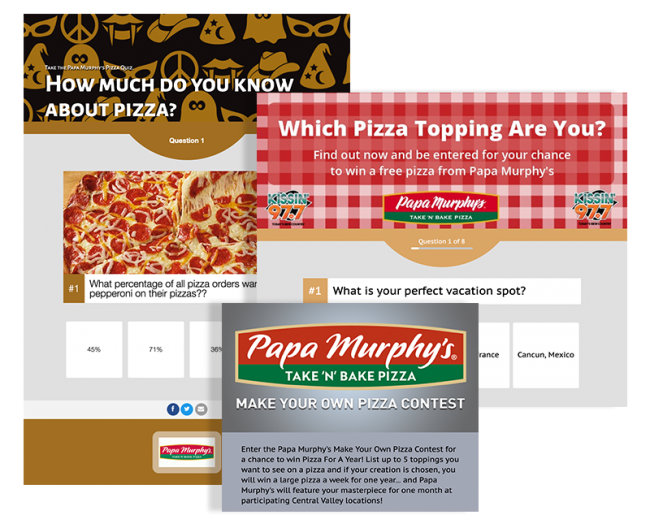 An Arby’s in Charleston, South Carolina sponsored a ‘What Arby’s Sandwich Are You?’ personality quiz with mid-market station WTAT-TV. And, in Lima, Ohio, they sponsored a daily lunch giveaway with small-market television station WLIO-TV. 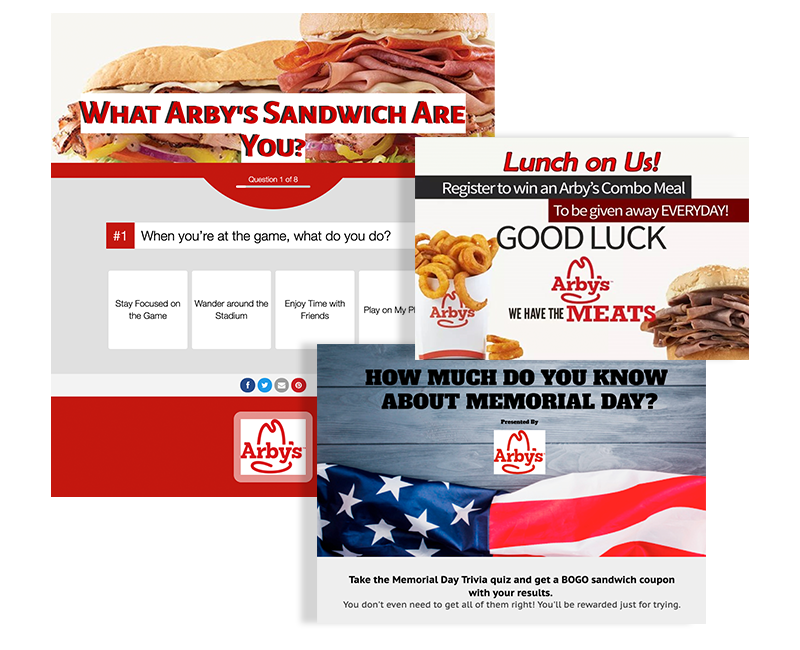 Papa John’s sponsored a three-month quiz campaign with large-market Wichita, Kansas newspaper, the Wichita Eagle! Their ‘How Much Do You Know about College Basketball’ quiz tested users’ knowledge on KU, K-State, and WSU basketball. Each month, one quiz taker wins a $100 Visa gift card from Papa Johns. 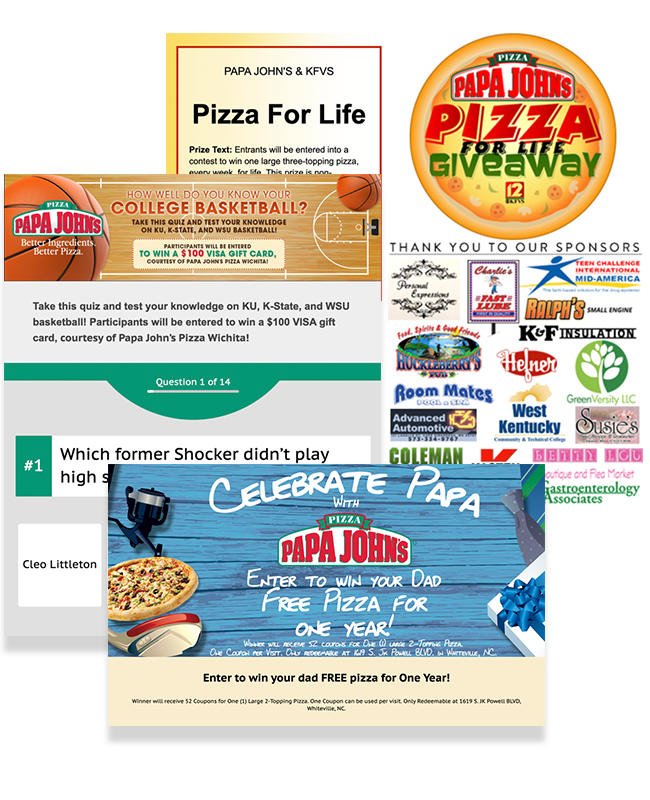 Buffalo Wild Wings is another chain that loves to engage local sports fans! A local Buffalo Wild Wings in Florence, Alabama sponsors an ongoing Player of the Week campaign with mid-size radio station WSBM-AM. Local football players are nominated and each week the community votes for their favorite Player of the Week. The winners are announced live during the stations’ sports talk show. 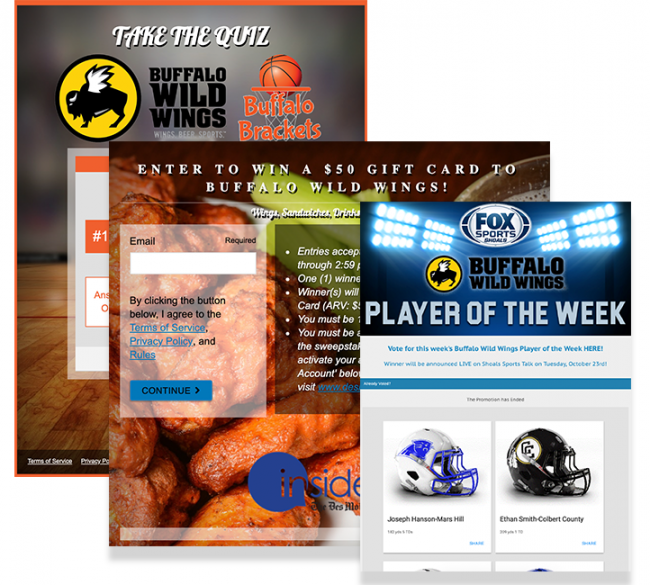 A Subway in Jacksonville, Floridia has sponsored mid-size station WJAX-TV’s Friday Night Blitz campaign for five years! Their weekly show covers local high school football and, to create content for the show, the station created a photo contest where local fans vote on which high school game should be the featured Game of the Week. The weekly contest brought in over two million votes and sponsorship of the Friday Night Blitz package earned WJAX over $30,000 in revenue! 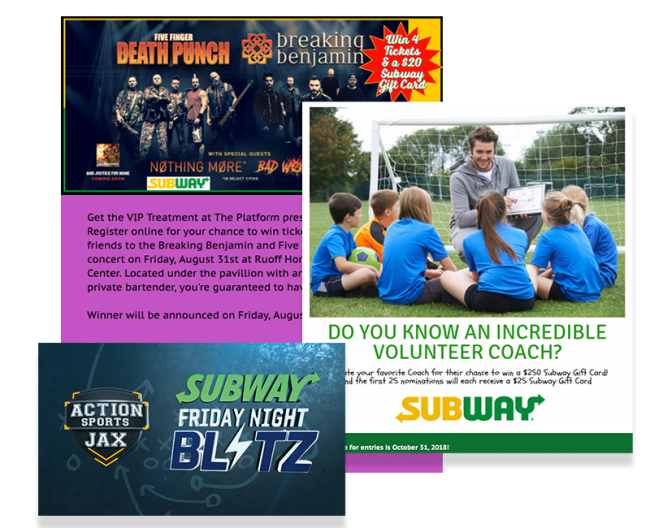 No matter your media type or market size, these franchises could be great advertisers for your promotions! For even more ideas, download the Seller’s Guide. This handy tool has campaign ideas, prize ideas, lead-generation questions, and more for over 40 top advertising categories.