New Orleans Mardi Gras giveaway resulted in the advertiser spending four times as much with the station.

Haydel’s, a local bakery, came to Entercom wanting to collect data. The bakery had some marketing questions they wanted answered about one of their signature products – King Cakes. They wanted to do something relevant and timely for Mardi Gras.

Win Haydel’s King Cakes for a Year, a two week giveaway, featured a form with three questions, along with an option to opt-in to their databases and like them on Facebook. 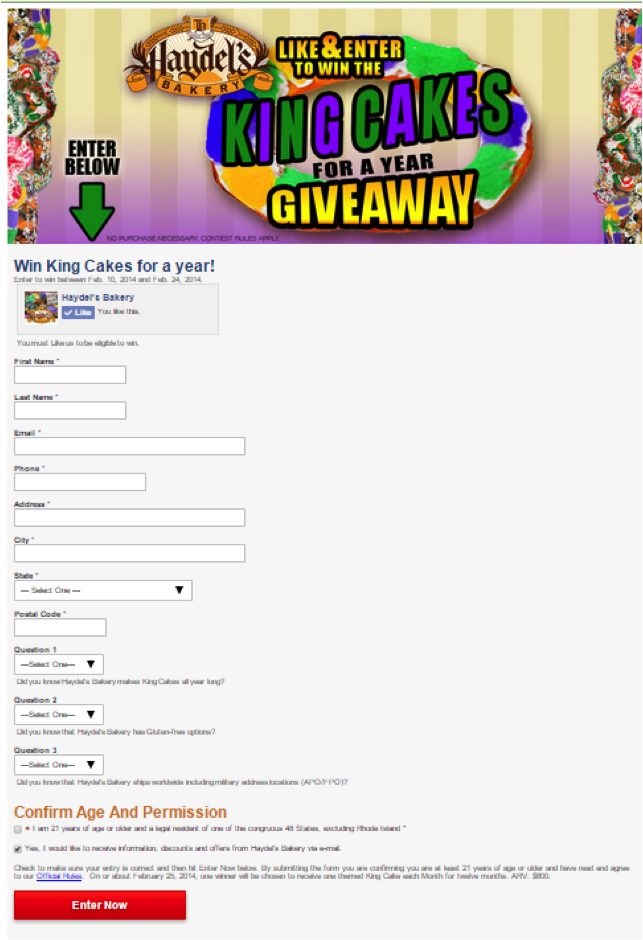 One of key aspects of the promotion was to inform customers that Haydel’s sells king cakes year-round. This served as an opportunity to generate data while also informing contest entrants about this product offering. 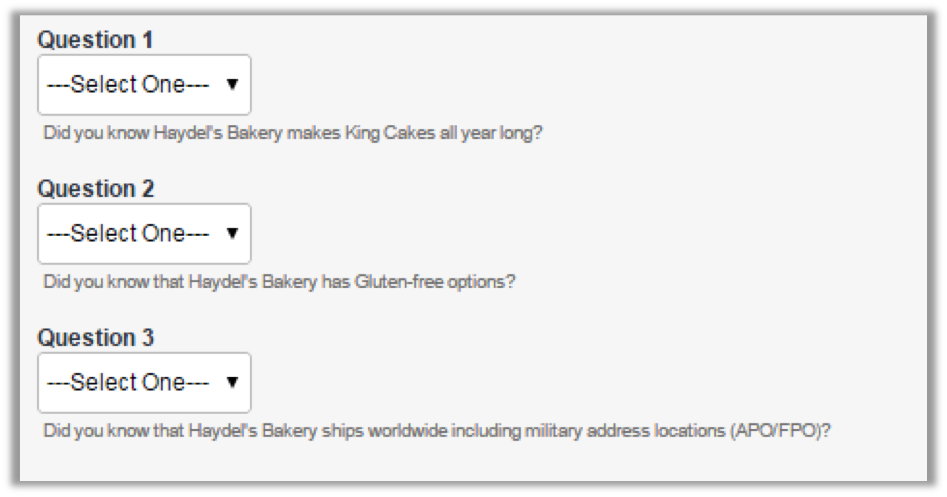 Traffic for the promotion was driven through a mix of radio, display ads, and email. Haydel’s also utilized their existing email database and social media platforms to promote the contest. 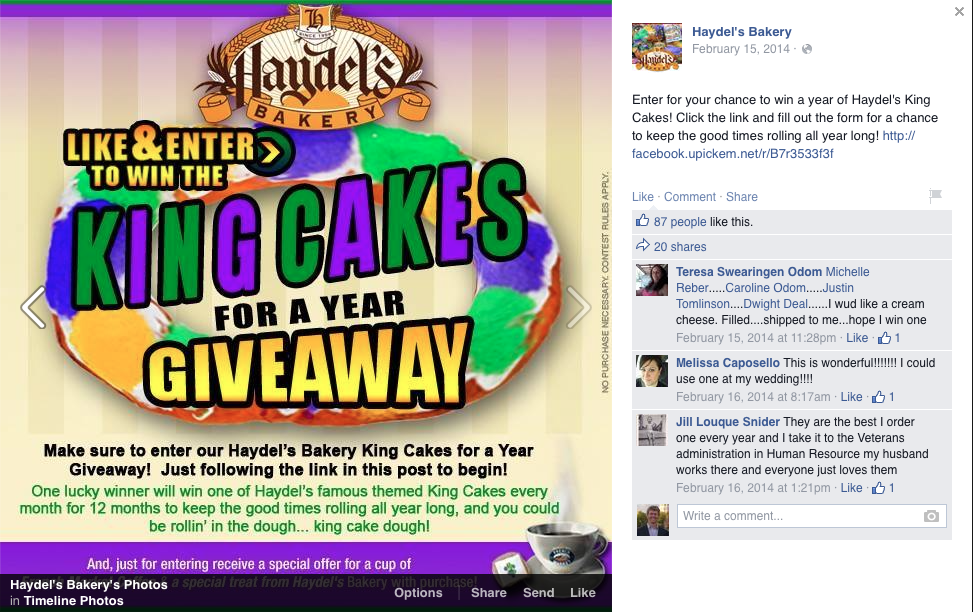 This giveaway collected almost 2,200 email opt-ins and 1,284 Facebook Likes for the advertiser. Of these, 56% entered using a mobile device. This data will help Haydel’s form their mobile strategy.

To answer Haydel’s burning question, 40% of people did not know they sold King Cakes year-round. They do now.

This advertiser learned that, through promotions, they can significantly grow their database in short promotional windows. As a result, Haydel’s has signed on to run an additional contests each quarter – which increased their spend with the radio station by four times! 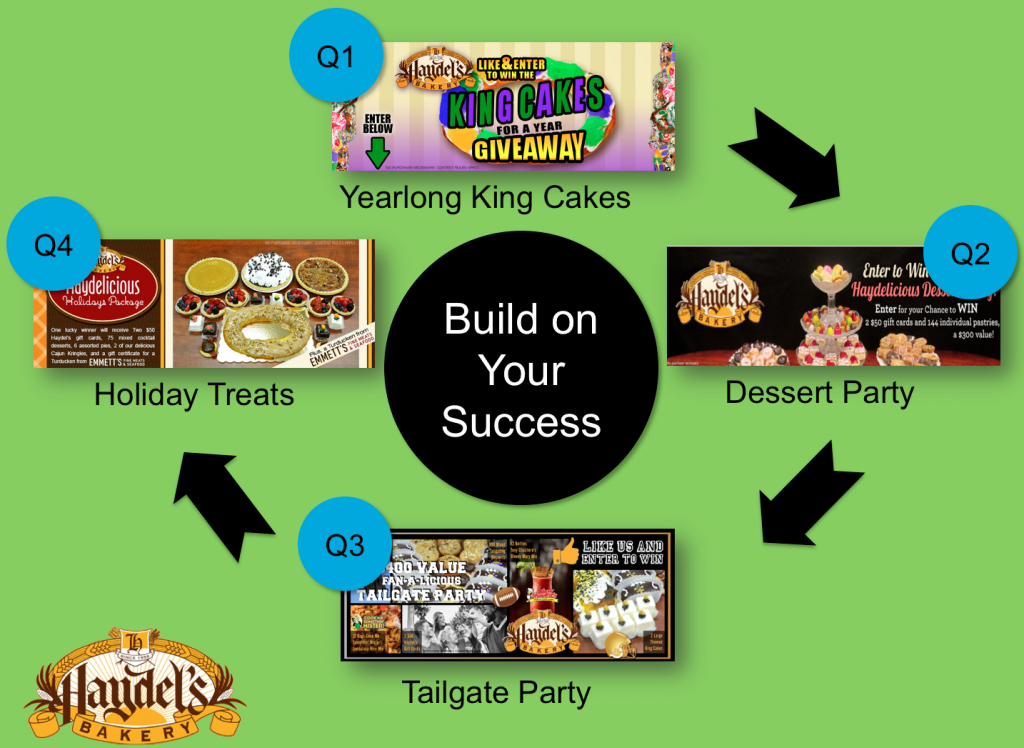 By running quarterly promotions, Haydel’s was able to further build their database and identify more leads. Using the data from each additional promotion, Haydel’s was able to send targeted messaging, depending on how users responded to the survey questions. This includes bounceback coupons, which are designed to drive in-store traffic. 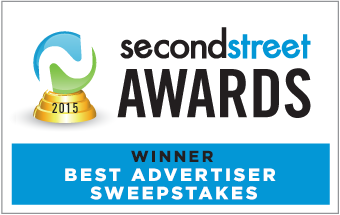