The top advertiser campaigns of the year show how relevant prizes, strategic follow-ups, and lead-generation questions can drive fantastic results

At this year’s Second Street Awards, we recognized the best advertiser campaigns of 2019.

Advertisers are always looking for campaigns that will drive measurable results – they want to see their spend turn into leads, customer data, and, ultimately, customers. These campaigns are custom solutions that can drive fantastic results for any advertiser in your market.

Check out these award-winning advertiser campaigns:

After seeing a successful solar sweepstakes featured at the 2018 Second Street Summit, WKBT-TV was inspired to do something similar. They partnered with Olson Solar Energy, a new company in the market looking to generate brand awareness and leads, to create a Solarbration Sweepstakes. The advertiser provided a Solar Panel System valued at $10,000, a perfect prize to attract homeowners looking to switch to solar power.

In addition to traditional digital promotion, the station launched the sweepstakes to coincide with a local Home and Garden Show. The advertiser promoted the campaign at their booth and registered attendees who visited their booth by using a tablet. Over 1,630 people entered the sweepstakes 98% of those asked to be contacted by Olson Solar Energy. And, to top it off, WKBT generated just under $20,000 between the contest and additional advertising. 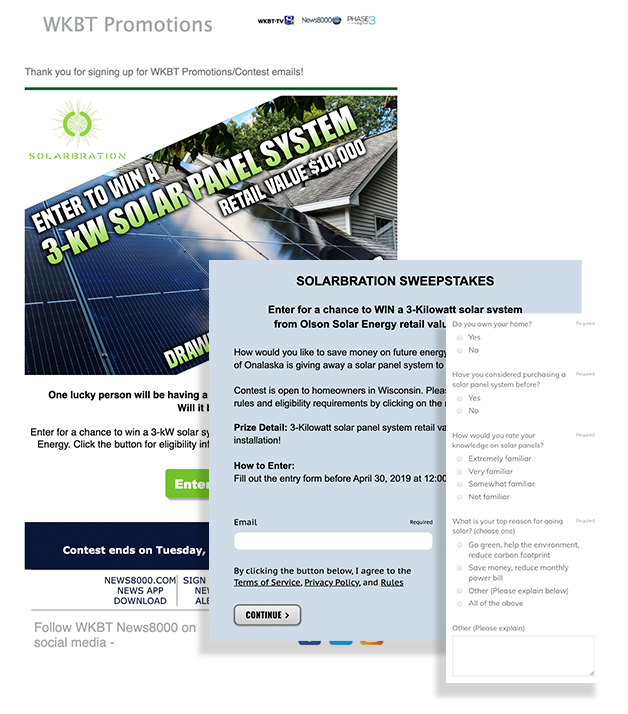 To find leads for their advertiser, STAAT Services, the Peoria Journal Star set up a furnace sweepstakes. They utilized opt-ins and lead generation questions on the entry form and, in just the first week of the campaign, the advertiser attributed two furnaces sales, valued at $13,000, to the contest. They immediately booked more promotions before their first one was even over – two more furnace sweepstakes and one air conditioner sweepstakes! This generated $10,500 in sponsorship revenue for the paper. 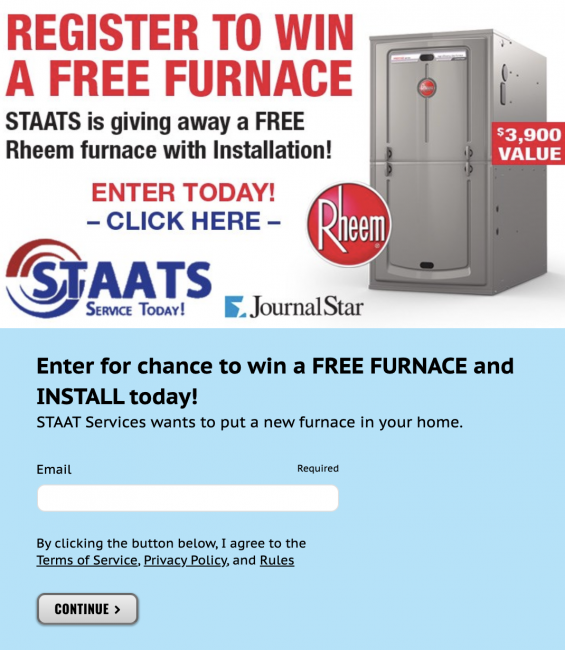 WKLB-FM created this video ballot for their advertiser, Tequila Cazadores. The ballot showcased videos of six local bartenders creating signature margaritas using Tequila Cazadores. The winning bartender was then invited to the station to make their margarita on-air and one random user won a gift card to the winning bartender’s restaurant. Over 400 listeners voted for their favorite for Cinco de Mayo margarita and nearly half of those users opt-ed in for emails from the advertiser. To top it off, the campaign generated $22,000 in revenue for the station. 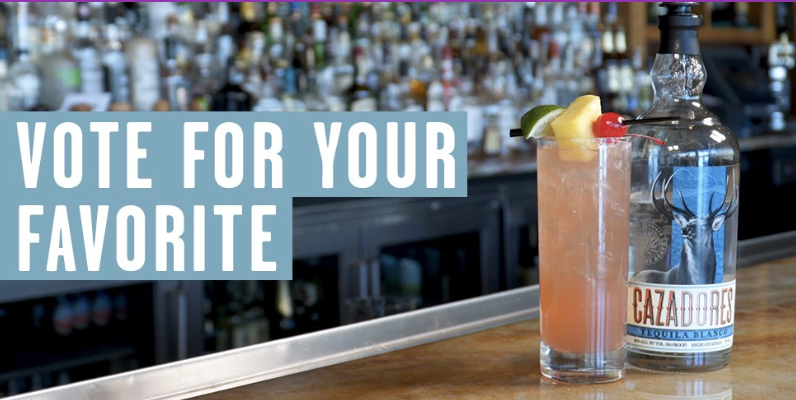 WMEE’s sweepstakes for Barbara’s New Beginnings, a boutique women’s lingerie store, was a perfect fit! The station’s audience was the exact audience the advertiser wanted to reach so they included a highly specific prize of a free high-quality bra. This was also a great opportunity for the advertiser to learn more about the station listeners and ask them qualifying questions, such as “Have you ever been professionally fitted for a bra before?” There were 932 entries, and over 50% of those users opted-in to learn more about getting a perfect bra fitting from Barbara’s New beginnings. Plus, the station generated $17,700 in sponsorship revenue and was also able to use the valuable consumer information to build additional marketing campaigns for this advertiser. 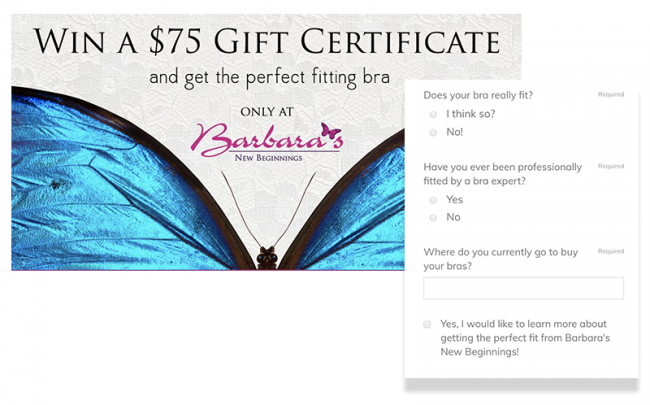 The Flavors of the Southwest Quiz

The Daily Sentinel worked with La Cabra Cantina, a local restaurant, to develop a fun quiz to educate the market about the restaurant’s unique cuisine. They used pointed lead-generation questions and opt ins to capture new email list subscribers and drive leads for their catering and party business. The paper incentivized participation by offering an extra chance if users watched a video about La Cabra Cantina. They also included thank-you emails to participants including a coupon designed to drive foot traffic. The campaign made $4,500 in revenue for the paper! 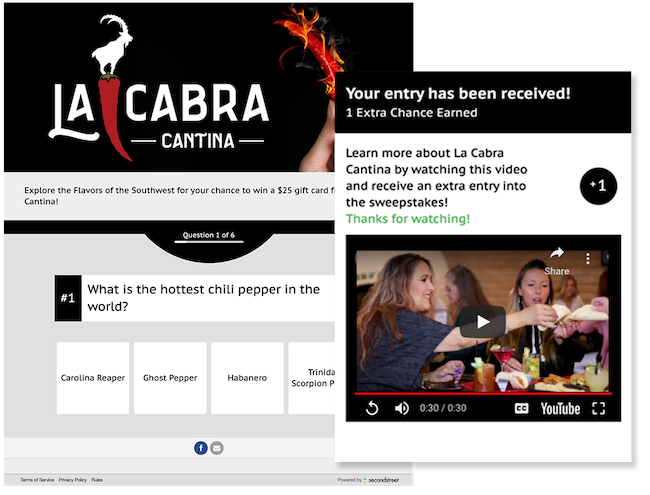 The best Advertiser Campaigns of 2019 show how relevant and valuable prizes drive high participation and qualified leads for local businesses. Take a look at the advertisers in your market to see where you can pencil in your next advertiser campaign.