With multiple live performances, this contest drove big engagement numbers and was a hit with the community

The Orange County Register is a 285,000 circulation newspaper in Santa Ana, California. The paper has been running online contests since 2009. The multi-round Music Festival & Showcase Contest was a battle of the bands video contest that incorporated live events. 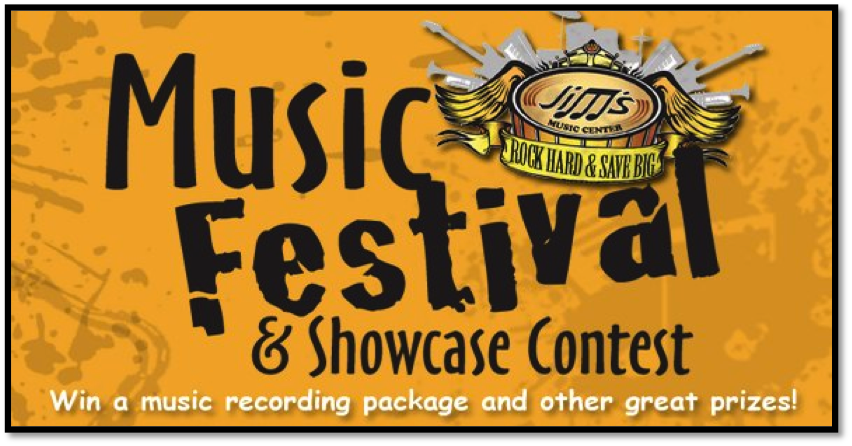 Contestants were asked to submit a video of a music performance and was open to all genres of music and all sizes of musical groups, from individuals to bands to even larger groups.

Once all the videos were in, the contest had three rounds. After the videos had all been submitted, online voting took place and 16 entrants were chosen (8 by a panel of judges and 8 by voting) to perform live in front of a panel of judges at Jim’s Music Center. The judges choose eight semi-finalists to move on to the second round.

Those semi-finalists again performed live at Jim’s Music Center and were narrowed down to the final three. They would perform at the store one more time – this time along with a musical headliner chosen before the contest – to determine who would receive the 1st, 2nd, and 3rd place prize packages.

The Orange County Register worked with Jim’s Music Center to provide incredibly valuable prize packages. All three packages included studio recording time, instruments, apparel, and recording software, and all were valued at thousands of dollars. The first place prize was valued at over $12,000 and the second and third place prizes were each valued at over $4,000.

The Music Festival & Showcase Contest generated $15,000 in revenue for Orange County Register. The contest received nearly 100 submissions and had over 140,000 votes.