At the St. Louis Magazine, a St. Louis, MO publication printing 40,000 copies each month, we’re always looking for appealing sponsorship opportunities for our advertisers. Kiddie Academy, a local daycare and child education center, had previously worked with us on successful ad campaigns in the past. I suggested a contest as a creative way to drum up people in the market for their services. We knew we had the opportunity to deliver a powerful campaign to collect qualified leads.

A sweepstakes seemed to be the perfect fit. Not only are they simple to enter, but the appeal of a great prize also drives participation. 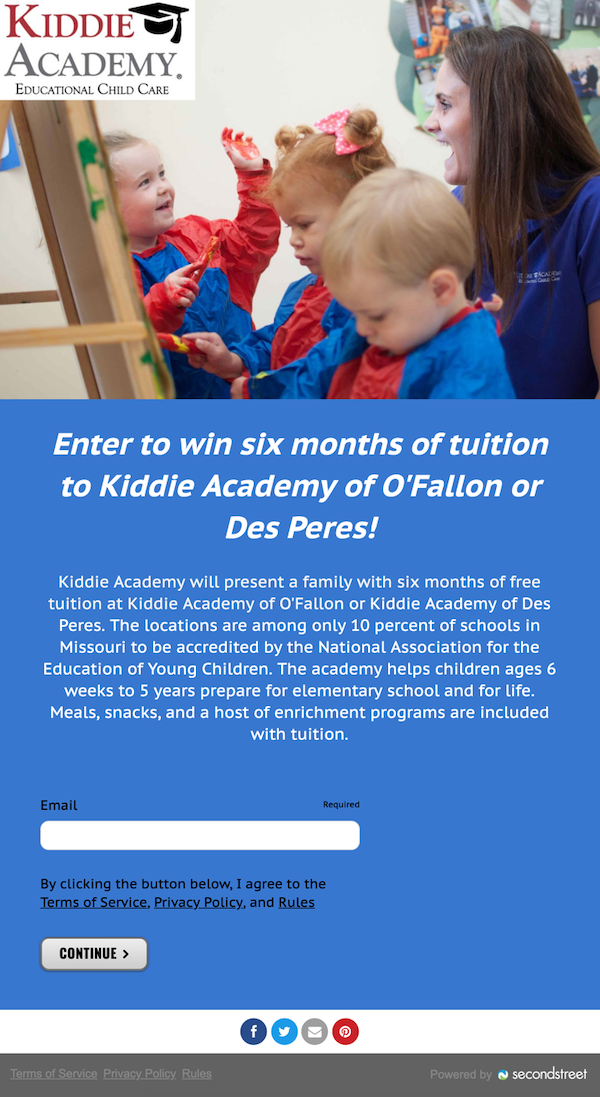 We wanted to ensure the people who were entering would be quality leads – people actually in the market for daycare services. We worked with Kiddie Academy to pick a prize incredibly valuable to their target audience: six months of free tuition to either of their two local branches.

While a valuable, relevant prize will drive in the right applicants, we also wanted to collect some information to help Kiddie Academy reach out to prospects in the future. We started by collecting email addresses and offering an email opt-in for the daycare.

Beyond that, we included two lead-generation questions asking if users the birthdate of their child and if they were happy with their current daycare provider. This provides relevant data for Kiddie Academy’s own targeted marketing campaigns in the future. 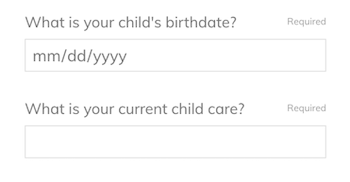 Creating a great contest is only half the battle – next we had to promote it. We put both traditional and boosted posts on social media as well as ads on our website, but out strongest marketing tactic was email. Not only did we send a dedicated email announcing the contest, but we also included it in our weekly newsletters. 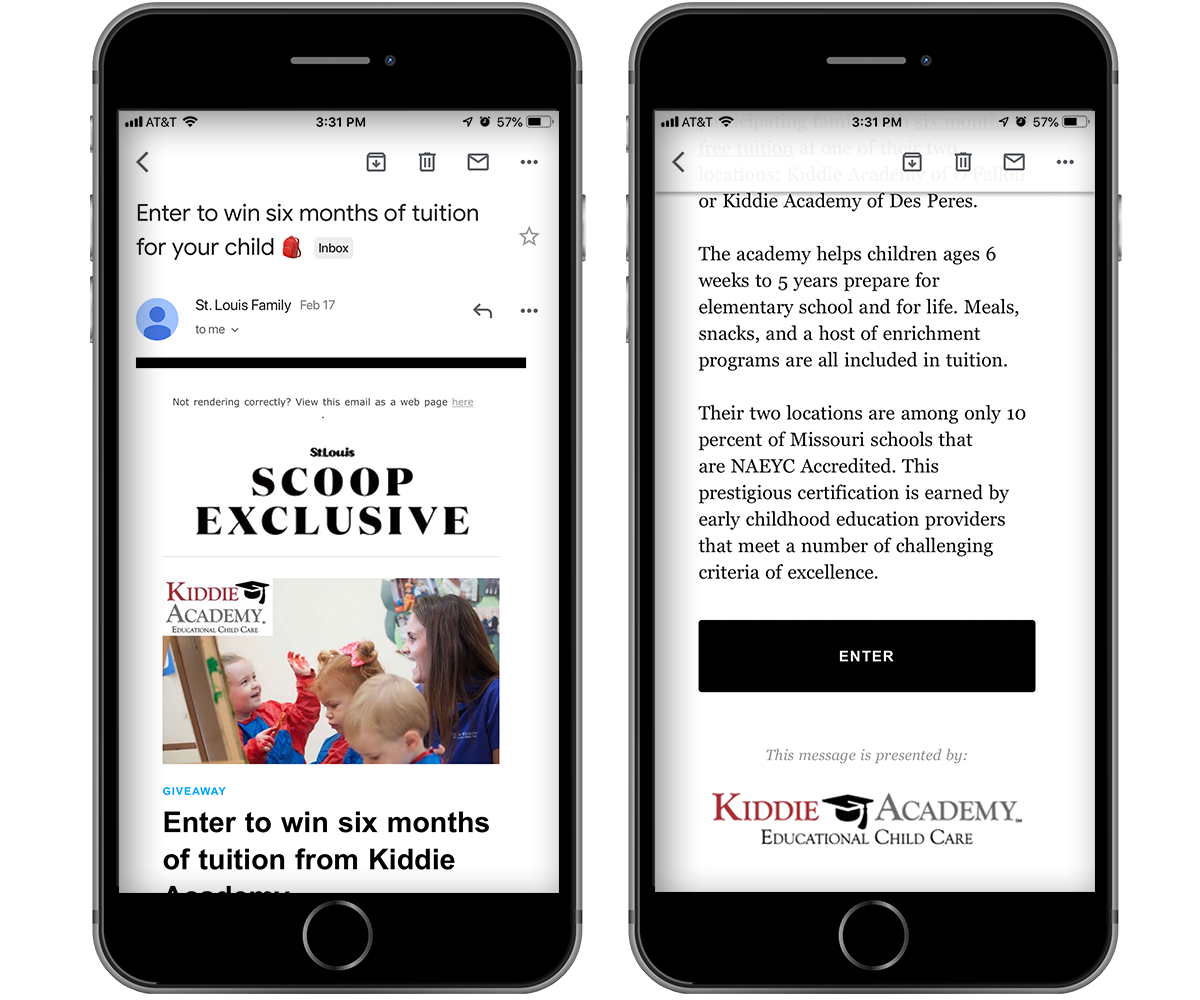 The contest was a win for both St. Louis Magazine and Kiddie Academy. More than half of the entrants (62%) opted-in for more information from the daycare. The advertiser reports currently having 30+ leads in their prospect pipeline – if just one new client enrolls, it will make back the advertiser’s ROI and then some. On top of those great results for the advertiser, we were able to secure $4,000 in sponsorship revenue. We look forward to working with them again in the future.

Carrie Mayer is the Associate Publisher of Design STL Magazine and Senior Account Executive at St. Louis Magazine. Carrie is dedicated to driving measurable results for the magazine and their advertisers through promotions.