With COVID-19 resulting in cancelled graduations, KPRC-TV wanted to quickly spin up an idea to honor local high school seniors that made sense. A photo contest was the right fit in lieu of 2020 ceremonies, but it was up to us to help KPRC fine-tune their technique along the way to get great results.

KPRC was intent on putting together a community-driven promotion. By using a combination of a great submission platform (Second Street), great social strategy and tools (Social News Desk), and a great sponsor (Kroger) – the station pulled together a clever and repeatable campaign.

They tested a couple techniques in the way of social media strategy, but one approach in particular got them the desired results.

Since graduation wasn’t happening in the traditional sense, KRPC sought to honor seniors online. They put a call-out for an online ‘Senior Yearbook’ and added a special touch by having them hold up personalized branded signs for their pictures. 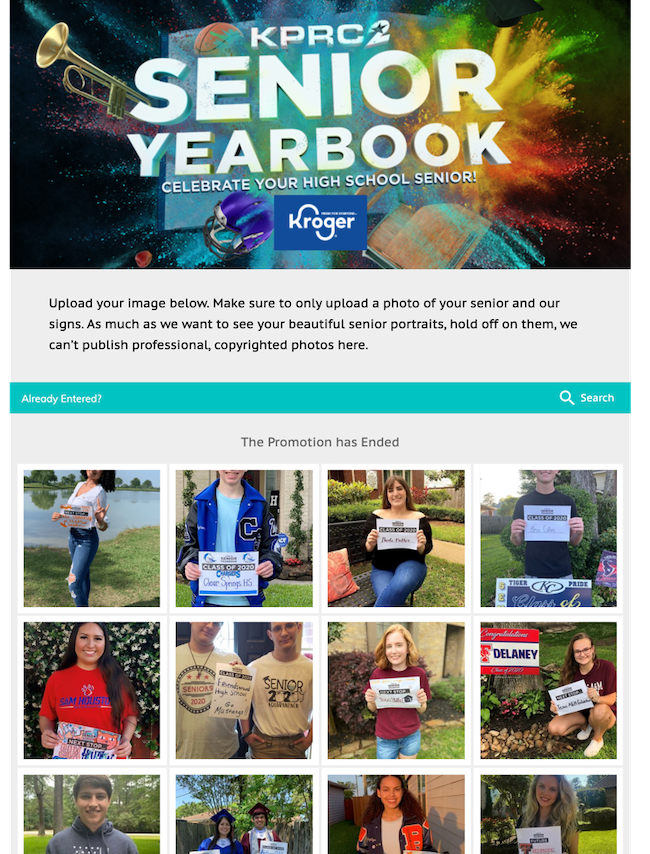 More than 200 photo entries were received. But getting seniors to submit was part of the challenge. This is where KPRC got clever with their social strategy.

While social media is a great way to get the word out, experimentation showed there was an even better way to use social media.

KPRC’s photo display was broadly designed to interest families and friends of graduating seniors. But first KPRC had to reach their audience.

KPRC’s social campaign began with an organic social post on their timeline. Simple enough, it included a short piece of copy with a link to the contest. The image was pulled over automatically from their contest page. This organic post drove a 0.8% click-through rate (CTR.)

As a station with a huge audience and competitors in the market, it’s important to consider what a free, but low-performing organic social post can cost you. Social News Desk preaches that posts with poor engagement can negatively impact your other posts.

The next step, KPRC updated their posts with new contest imagery. Even so, the CTR was even lower – only 0.1%. 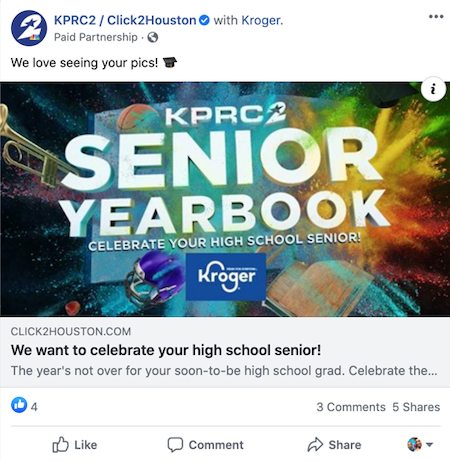 Time to re-strategize. It was becoming perfectly clear KPRC needed to put some money behind their social media posts to target the exact audience they needed.

Paid posts are a totally different type of post on Facebook. It gives you the opportunity to choose and target a precise audience; however, the posts do not show up on your (KPRC’s) timeline and will not affect the quality of other news-centric posts.

They finally saw the results they were looking for! Check out KPRC’s cost-per-click once they had some dollars behind their campaign. 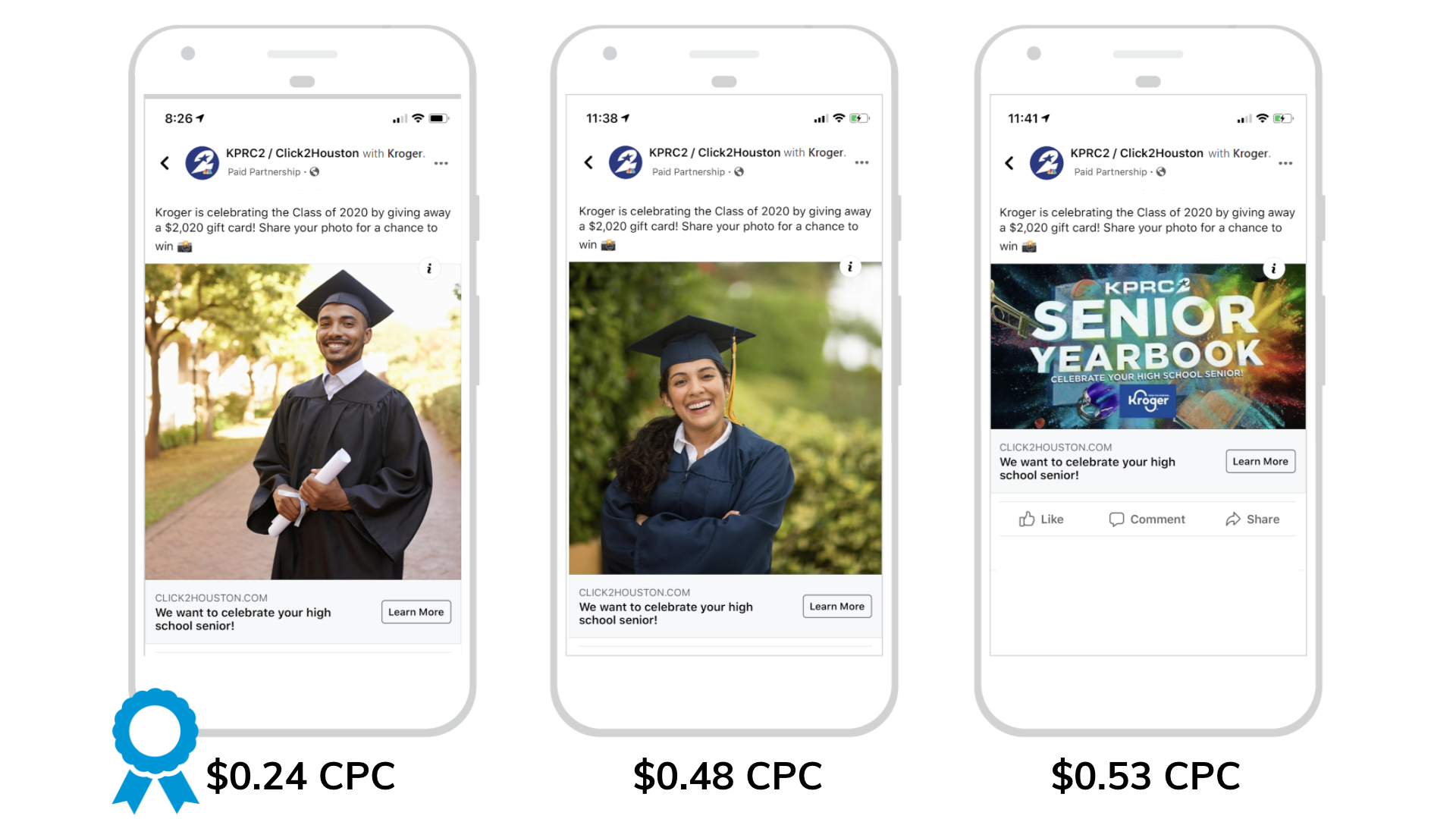 The metric to determine the best ad is the lowest cost-per-click (CPC). In this case, the CPC was $.24 – Not bad!

It’s worth putting money behind your posts. First, you’re paying to show your ad to a certain type of person, for a specified number of times, and you can get a guaranteed result based on what you’ve promised to your sponsor.

Another benefit, being able to A/B test. By creating three different versions of an ad for Facebook to serve – we were able to figure out which one performed best. The tools within SND Campaigns Manager allow you to run different ads simultaneously to quickly determine which works best.

Because of the specificity in their paid post, we generated a CTR of 1.7% – more than a 110% increase over their best organic post!

On top of this outstanding CTR, the team at KPRC was thrilled to share these results with their sponsor, Kroger. Being able to share the success of a campaign with a sponsor is paramount to getting recurring sponsorships. We armed the station with real measurable and controllable results for their Senior Yearbook campaign.

Now, it’s time to start thinking ahead to securing a sponsor for 2021’s graduating class!

Elisa DeFoe is the Co-Founder and Chief Marketing Officer at Social News Desk. Social News Desk helps stations and publications who are serious about Social Media make the most of their Social Media Strategy. Their solutions include turnkey products that proactively increase web traffic, create new revenue opportunities and provide a custom Social Media Management Platform built with the needs of a newsroom in mind.