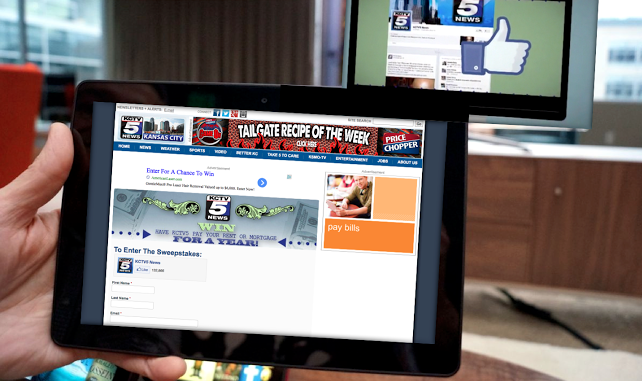 Television is getting social – stay with it

What is the second screen experience?

Quite simply, the second screen experience is social television (and social movies, and social video games, and so on).

The second screen is the laptop, tablet, or mobile device that someone uses while watching television in order to deepen the experience – we’re not just talking shopping online while your favorite show happens to be on in the background. The second screen experience is all about community and interaction.

So, what does the second screen mean for promotions and interactive content?

There are many things that you can do with the second screen. From apps and social games to story syncs, quizzes, and trivia, the list goes on and on.

However, what we want to focus on right now is the promotional aspect of the second screen, in particular, the watch & win model.

For an example of a successful second screen experience, look no further than AMC’s popular zombie show, The Walking Dead. In addition to running a fan video contest on Facebook and an ultimate fan game that is effectively a trivia contest, they also ran a watch & win sweepstakes.

In each episode of the show, there were 3 commercials devoted to the watch & win. These directed the viewer to start their second screen experience by visiting a short link, in addition to providing a codeword from the phrase needed to enter the contest. Using the short link brought viewers to a page with a large “Enter Contest” button. To enter the contest, viewers entered their name and email address and the full phrase (which could only be learned by watching the full episode while it aired). The contest prize was the Hyundai Tucson featured on the show in the beginning of the third season, and the car was prominently featured in both app ads and on-air promos. To see even more examples of code word contests, take a look at these ideas from our partners.

The cue to enter the contest doesn’t necessarily need to be text-based either. USA’s quirky detective show, Psych, has a pineapple hidden somewhere in nearly every episode of the show. If a viewer spots the pineapple, they can enter online to win weekly prizes or one of 3 grand prizes, a trip to the home of the pineapple itself – Hawaii. In this example, USA advertised the promotion during commercial breaks, but the key required to enter the contest could only be found within the show itself.

So, as you can see, the watch & win model has a lot of potential for TV shows. The model also works for news or any other programming that your station does. Always remember – the second screen is flexible.

When it comes to the second screen experience, the possibilities are wide open. In fact, there is only one rule:

All of your second screen engagement campaigns MUST be mobile friendly.