The Roanoke Times is one of the best read daily newspapers in the United States, reaching about 200,000 readers on weekdays and 250,000 readers on Sundays. Located in the city of Roanoke, Virginia, we span through 19 counties covering the majority of southwestern Virginia. Since 2009, it has become a priority throughout the organization to create goals around online promotions and hold ourselves accountable.

For the last five years, the sports department had been running a small pick’em contest called Fearless Forecasters. Before, we had never sold advertising spots or offered prizes. Then, the advertising and news teams read Second Street’s “The Football Promotions Playbook.” Here is where we discovered the Marty Carry Pro Football Contest Model, and we were inspired! We began using a few tips in our 2013 pick’em, but were really able to apply it in full force in our 2014 of Fearless Forecasters.

When the pick’em was created, we decided that, players would select the expected outcome of 20 college games each week. To increase the contestant motivation, we chose to not only offer one grand prize at the end of the entire season, but also provide a weekly prize to the top two teams. 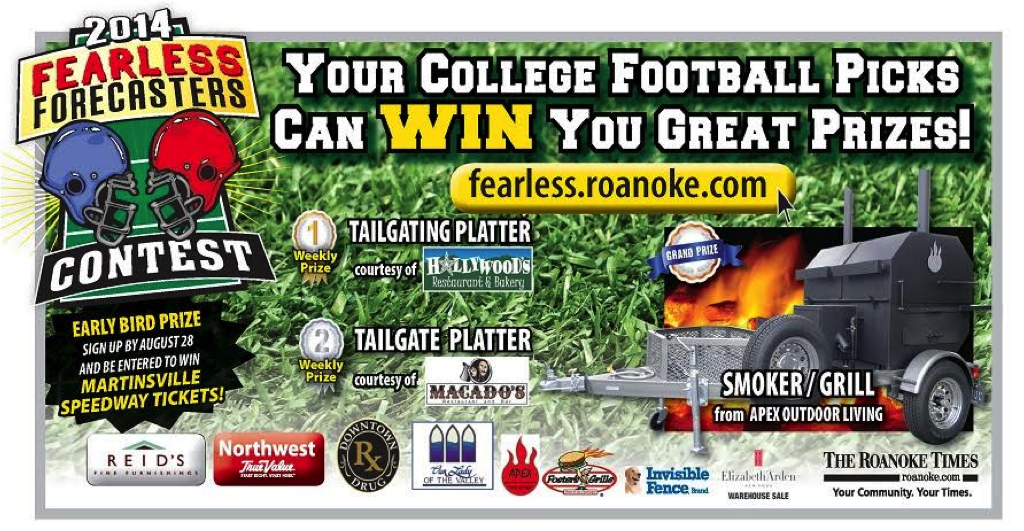 When determining our sponsorship options, we chose to utilize a couple of components we had learned from Marty Carry’s model. First, we integrated print and online promotions together. With each advertiser package, we provided ad-space in the print newspaper as well as web-space promoting digital branding. Second, we wanted to give our sponsors the VIP treatment. If an advertiser was a VIP Featured Fearless Forecaster, their weekly picks were posted in high traffic areas allowing users to view and compare their picks with those of the VIP pickers.

Due to the fact we were only offering a limited number of sponsorships, we decided to run an internal football sales contest for the advertisers. Some account executives decided to target advertisers based on their passion for college football, while others centered their pitch around the overall value of the sponsorship packages.

Each of the advertisers that purchased sponsorships had worked with The Roanoke Times before, but none had placed any ads with us within two years prior to the Fearless Forecaster contest. The sales team brainstormed other ways to provide value to potential advertisers, and shortly agreed upon an advertiser contest alongside the Fearless Forecaster. The VIP Sponsor with the best record at the end of the season was to receive a free full-color full page ad, and the Title Sponsor with the best record was to receive a free full-color quarter-page ad. 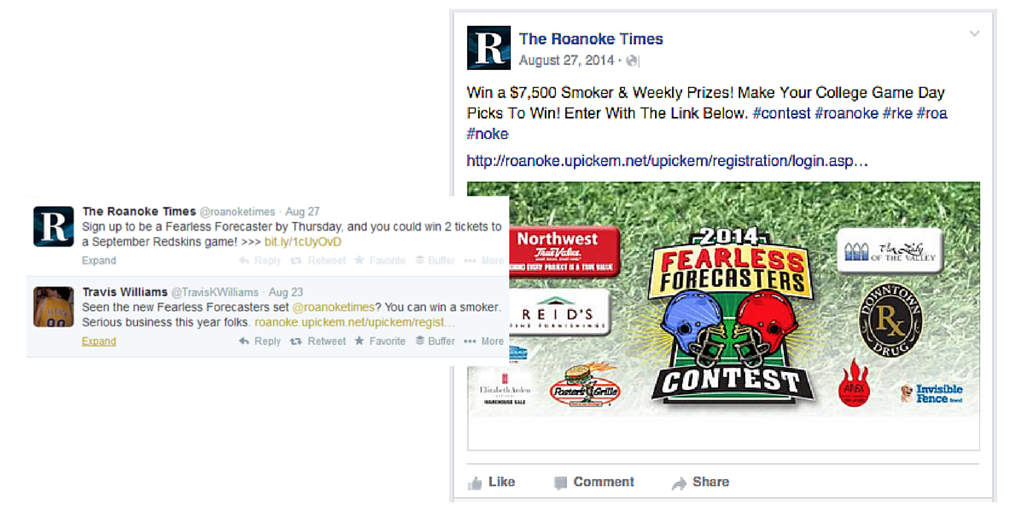 The Roanoke Times kicked off with a promotional campaign attack one week prior to the start of the college football season. We gave away a pair of tickets to Martinsville Speedway to one lucky picker who signed up for Fearless Forecasters by a certain date. The rest of our promotional plan included:

The 2014 contest was just as successful as our first year, while bringing in even more revenue. With only the addition of our internal advertiser competition, we were able to raise our revenue by more than 7% in just one year. While some of our sponsors were returning, we were also able to gain many new advertisers. The success of The Roanoke Times’s promotion has also inspired many other BH Media Group properties to kickstart their promotions strategies. We cannot wait to see the success of our Fearless Forecasters pick’em in 2015. 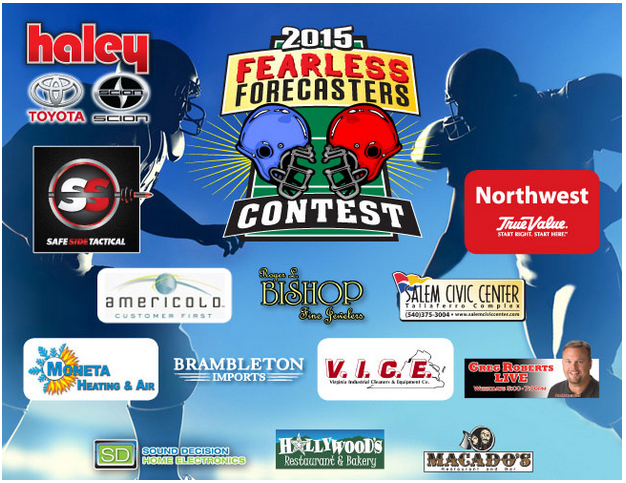 Tammy is the Events and Marketing Manager at The Roanoke Times in Roanoke, Virginia. Having worked in multiple positions across the advertising department, she now applies a 360 degree view on how to reinforce their brand while driving results both for her company and their business partners.