Plus, Royals player, Billy Butler, took the quiz and got himself as the result

WDAF-TV, a part of Tribune Broadcasting, is a DMA 31 television station in Kansas City, Missouri.

In 2014, the Kansas City Royals went to the World Series for the first time in more than 30 years. The station saw an opportunity to capitalize on the excitement and engage a huge audience with a Royals-themed personality quiz.

The station’s “What Royals Player Are You?” quiz was not only timely, it was also beautifully designed and full of strong images. 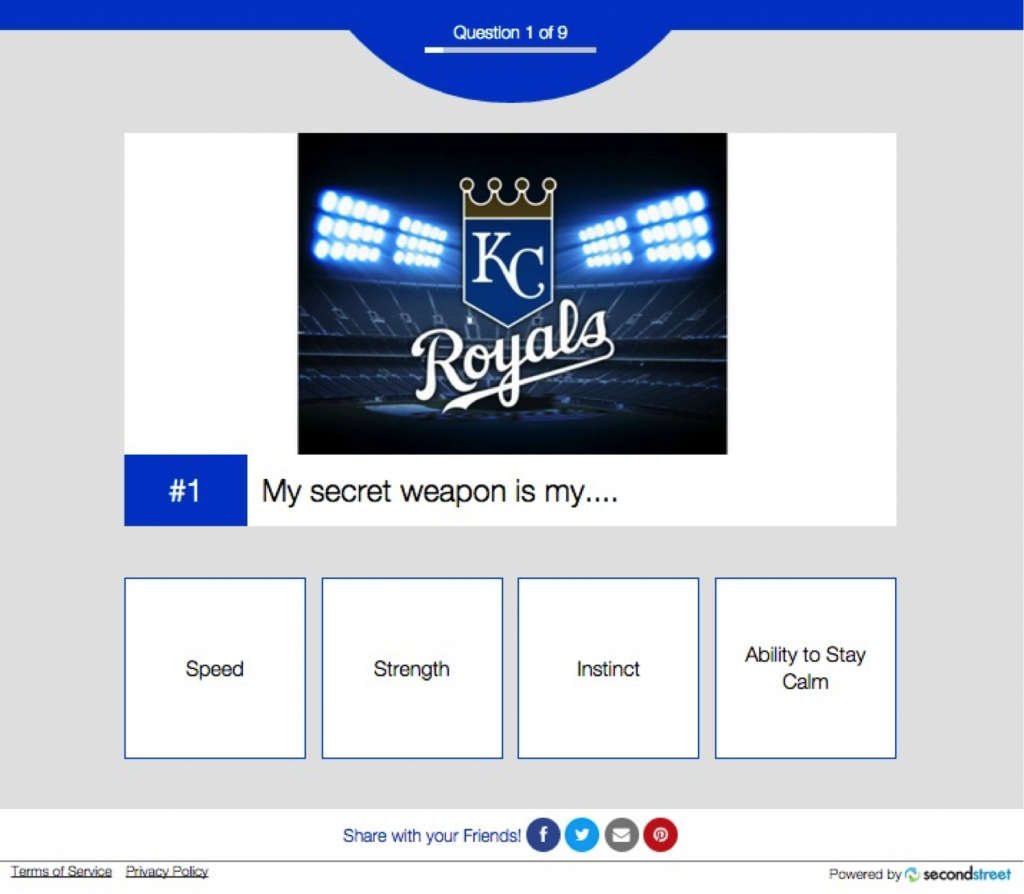 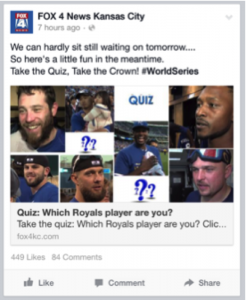 The quiz quickly went viral and created a lot of social chatter as people commented on the Facebook post with their results and shared the quiz on Twitter. 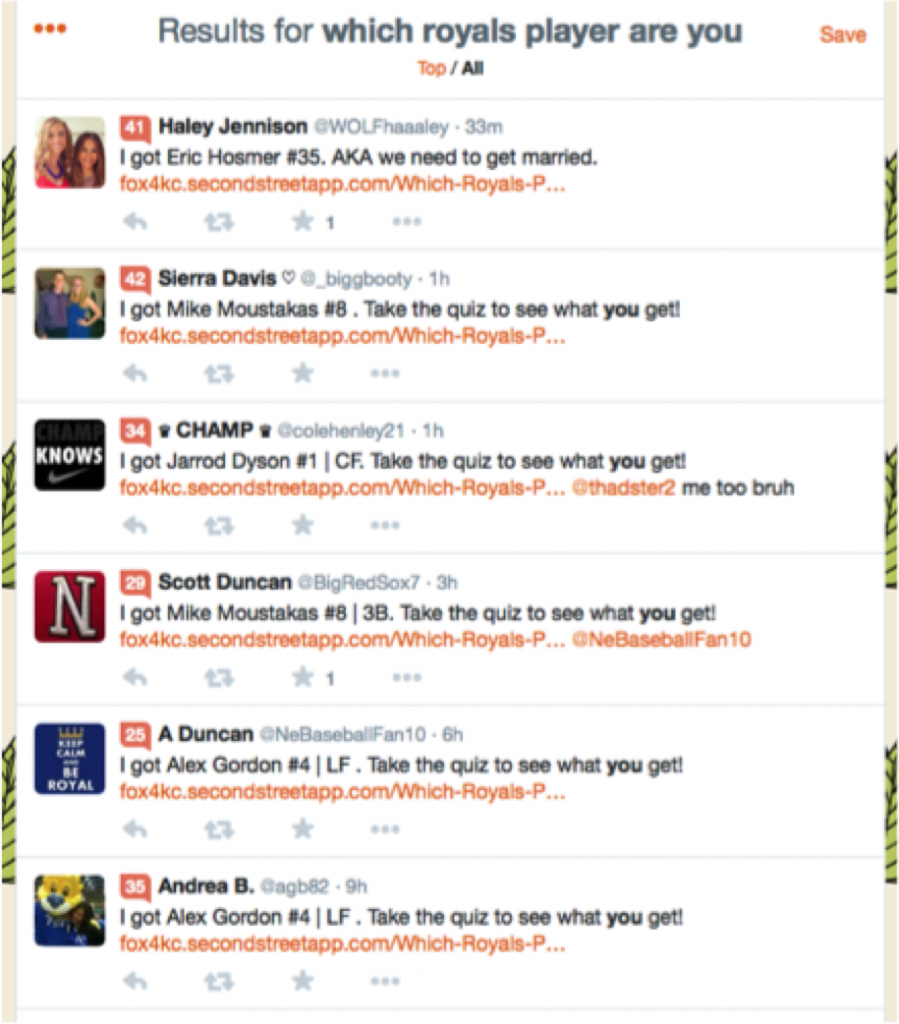 In addition, WDAF promoted the quiz on-air with mentions in the their newscasts.

Their morning anchor team even took the quiz live on-air and chatted about their results, which gave it a huge promotional boost. You can see this fun segment below:

WDAF’s on-air talent also shared their quiz results on their own Facebook Pages in order to reach an even wider audience.

Eventually, the quiz got the attention of Royals player Billy Butler. When he took it and got himself, he tweeted this message out to his nearly 95,000 Twitter followers: 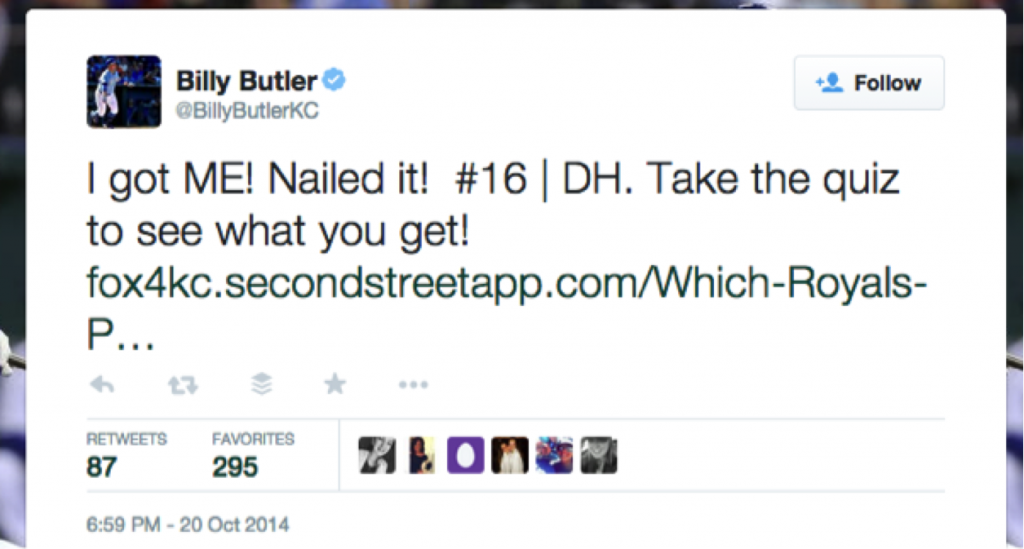 While the quiz had been generating lots of engagement since it launched, Billy’s tweet caused a huge spike in entries. 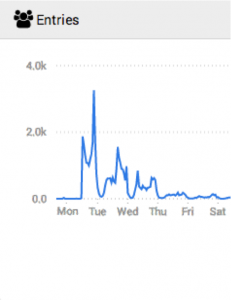 Participation spanned generations, as everyone from children to their grandparents clicked in to find out which player they were. Since the quiz had a subject with great mass appeal and was incredibly timely, everyone was talking about it and sharing their results.

The WDAF sales team was so impressed by how much fun the quiz was to run and how much excitement it generated that they can’t wait to sell more quizzes to advertisers in their market. They even heard from advertisers who were interested in being involved in a quiz in the future!