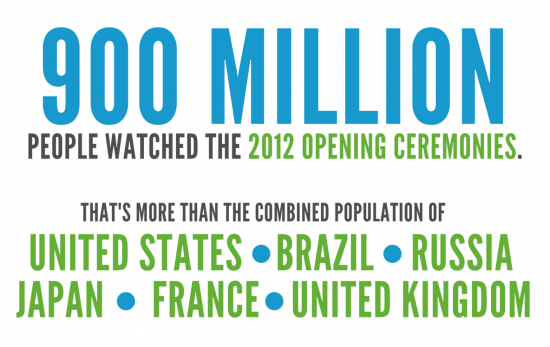 900 million people tuned in for the Opening Ceremonies of the London Summer Games. That’s more than the entire population of the United States, Brazil, Russia, Japan, France, and the United Kingdom combined.

During the two-week span of the Games, this will be one of the most covered topics across television networks, radio shows, and across the pages of newspapers and magazines. Not to mention all the hype and excitement in the weeks leading up to the Opening Ceremonies.

What’s great about the Summer Games is that even people who don’t normally follow sports find themselves drawn in by the thrill of the competition – that means you have a huge target audience.

*Gold Medal Tip – If you’re an NBC station, it’s even more important for you to take advantage of Summer Game promotions since you are airing the events. Ad spots are already filling up, so now’s the time to leverage your digital opportunities. Plus, you’ll have the advantage of using all the content from your network as components of your promotions.

NBC station or not, you need to start planning now for this highly anticipated event. Here are 4 gold medal promotion ideas to run around the Summer Games.

Leverage the competitive aspect of the Summer Games with quizzes. Quizzes are ideal for driving big engagement numbers and are highly shareable on social media. Even non-traditional sports fans are passionate about the Summer Games and will take the time to take a fun quiz and to share it with their friends. 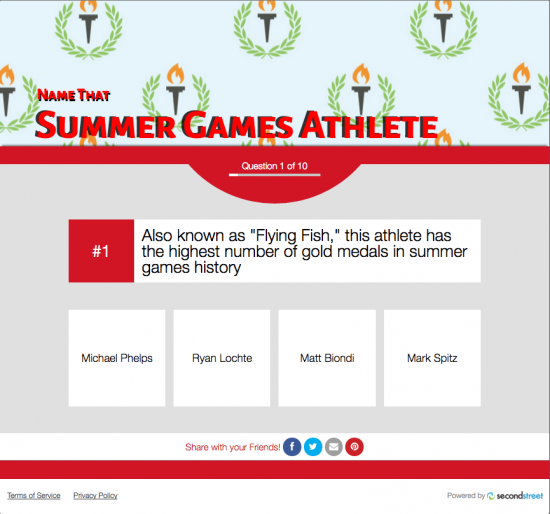 *Gold Medal Tip – The Summer Games sets up a big opportunity for you to leverage a quiz bundle. With many topics to choose from, it’s easy to build a set of 3-5 similar-themed quizzes. Plus, selling your entire quiz bundle to one advertiser can simplify your sales process too.

Across the country, everyone’s going to be gathering with friends to watch the events. A great way to capitalize on this is by running photo sweepstakes asking people to show off their Summer Game fan spirit!

A Summer Games ballot is a fun way to engage your community with a promotion that runs over a long period. Not sure how to begin? Take a look at these examples of categories from a “Best of the Summer Games” ballot you could run in your community.

*Gold Medal Tip – When you create your ballot, incorporate a variety of sponsorship opportunities for advertisers. A combination of sponsorship tiers – like a title sponsorship, category sponsorships, and upgraded listings – can dramatically increase the revenue opportunity for your media company.

A sweepstakes focusing on the Summer Games allows your media company to leverage this big audience. Plus, since these are so easy for you to set-up and run, sweepstakes are a quick way to build your email list and keep your audience engaged.

*Gold Medal Tip – Sweepstakes are one of the quickest ways to grow an email database, so be sure to include an email opt-in on your registration form. With an opt-in, you and your advertiser can harness the big engagement numbers of sweepstakes and leverage them for future marketing campaigns.

Now is the time to start planning your Summer Games promotions and to start securing your sponsorships. This can be a perfect time to reenergize a relationship with an existing partner or a great way to connect with a new advertising opportunity. Make sure you’re ready to go for the gold this summer.