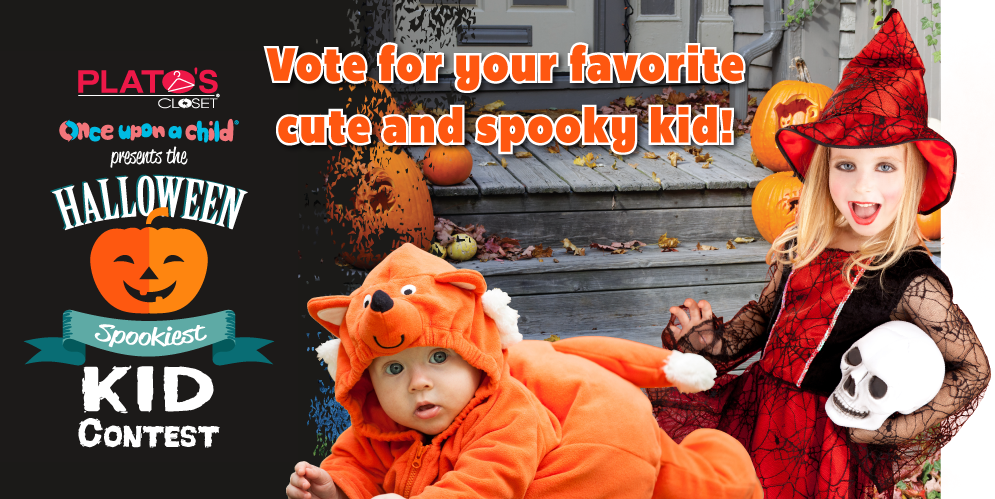 The Roanoke Times is a daily newspaper based out of southwestern Virginia. We’re not new to promotions and interactive content (we made $68K in our college football contest and $70K from our holiday ballot!).

Knowing how popular photo contests are – especially ones featuring kids – we thought that our audience and local advertisers would love Halloween children’s costume contest. We knew this would be a great opportunity to collect email addresses for our database and our sponsors.

Once we decided on our Spookiest Kid photo contest, it was time to secure our sponsors. Plato’s Closet and Once Upon A Child are two local clothing stores that sell gently-used clothing.

Run by the same owner, the two stores were a natural fit as they were looking for an opportunity to promote the Halloween costumes for sale at both stores. While the businesses had previously advertised with us, this was their first digital contest, and we were anxious to show them how valuable a promotion like this could be.

People love taking photos of their children and sharing them. Since you can enter the contest via your mobile device, it’s super easy to take a picture and upload it to the site. And by offering a valuable prize – two $250 gift cards to the sponsors – we knew that would help increase engagement as well.

We wanted to target our audience while costume shopping was top-of-mind. Our submission period lasted from September through the beginning of November – perfect time for users to take photos of their children during trick-or-treating festivities and upload them to the site. The voting period lasted for two weeks during November.

We advertised our Spookiest Kid photo contest in many ways including: 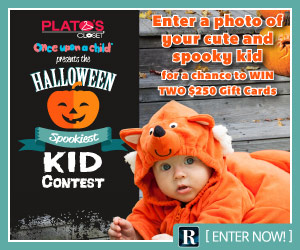 We also posted on social media encouraging people to share their photos of their costumed kids. Knowing that Halloween day would be the biggest one for photos, we were sure to post on that afternoon. 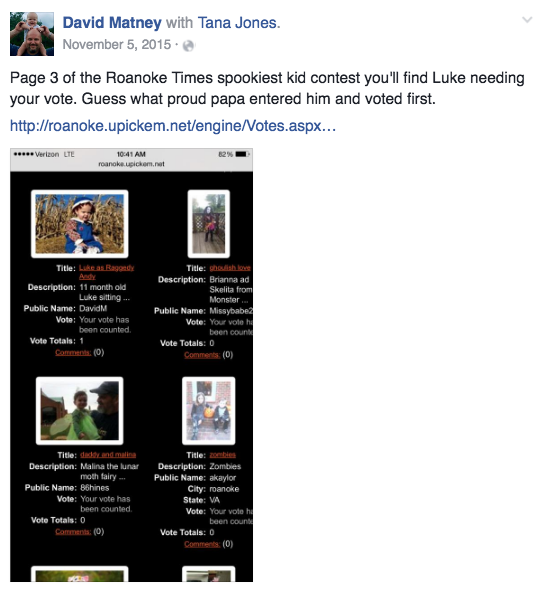 One great bonus about photo contests is that users will help market your contest on their own. Dozens of users were posting and sharing the contest to their own friends and family trying to get additional votes – it’s a win, win combination.

We always send out emails related to our promotions because we definitely see a spike in engagement within 24 hours.

From invitation emails, emails announcing the voting period, and additional emails sent to users after registration and submission of photos, our sponsors can receive a ton of branding from the emails alone.

But our sponsor didn’t just want branding, they wanted people to come in and buy their merchandise (especially their Halloween costumes). To help achieve their goal, we included a bounceback coupon in all our thank-you emails. 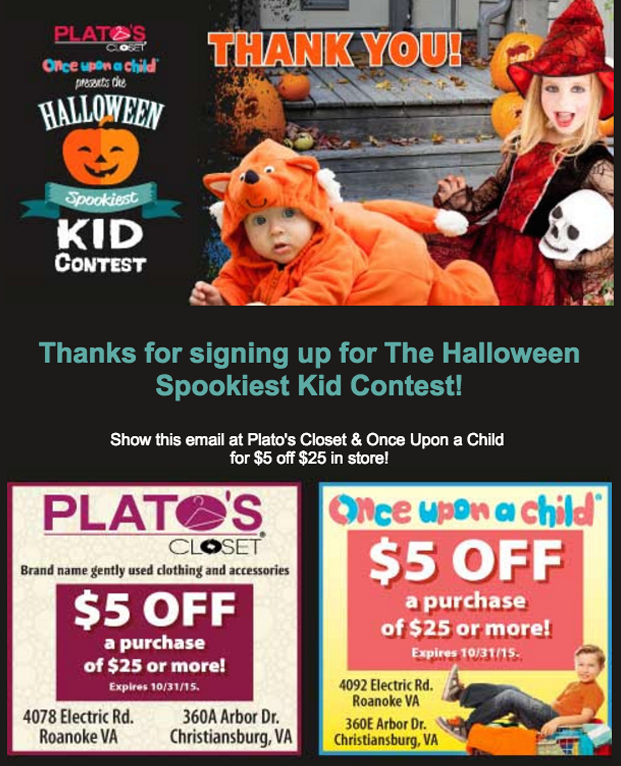 To help Plato’s Closet and Once Upon a Time grow their database for future marketing beyond October, we included an email opt-in for them on our registration page. And, since we’re always looking to increase our own email database, we included an opt-in for The Roanoke Times as well.

We were able to earn $3,000 in sponsorship revenue from the businesses. They also provided the $500 grand prize.

The contest received over 100 photo entries and the two-week voting period generated over 2,000 votes – that’s a ton of exposure for our sponsors. Plus, our opt-ins generated 438 new email addresses for the sponsor and an additional 443 emails for our own contest database (plus nearly 400 emails for our other three databases!)

Our sponsors were very pleased with the results of the first digital contest, and we look forward to partnering with them for more in the future.

Tammy is the Events and Marketing Manager at The Roanoke Times in Roanoke, Virginia. Having worked in multiple positions across the advertising department, she now applies a 360 degree view on how to reinforce their brand while driving results both for her company and their business partners.