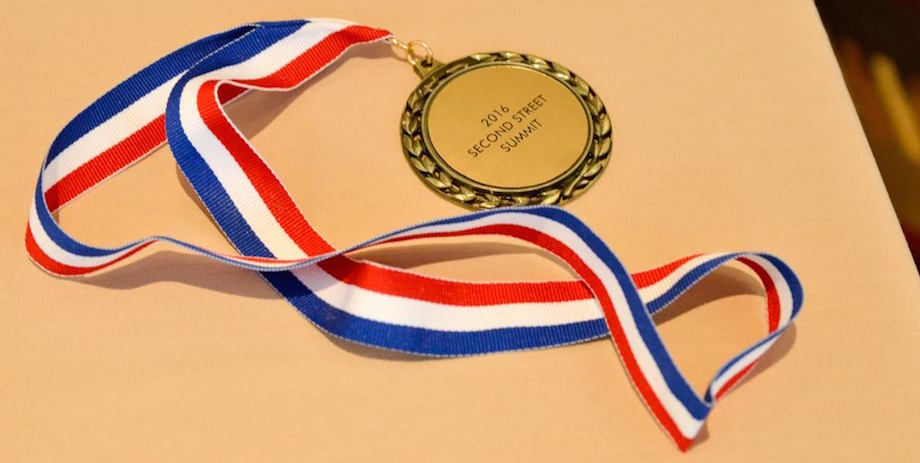 How six media companies have found their gold medal moments

The best athletes make even the most difficult performance seem effortless. But there’s an enormous amount of work that goes into training to be a world-class athlete.

Becoming a world-class athlete and earning a “gold medal” with promotions and interactive content share a similar set of qualities: 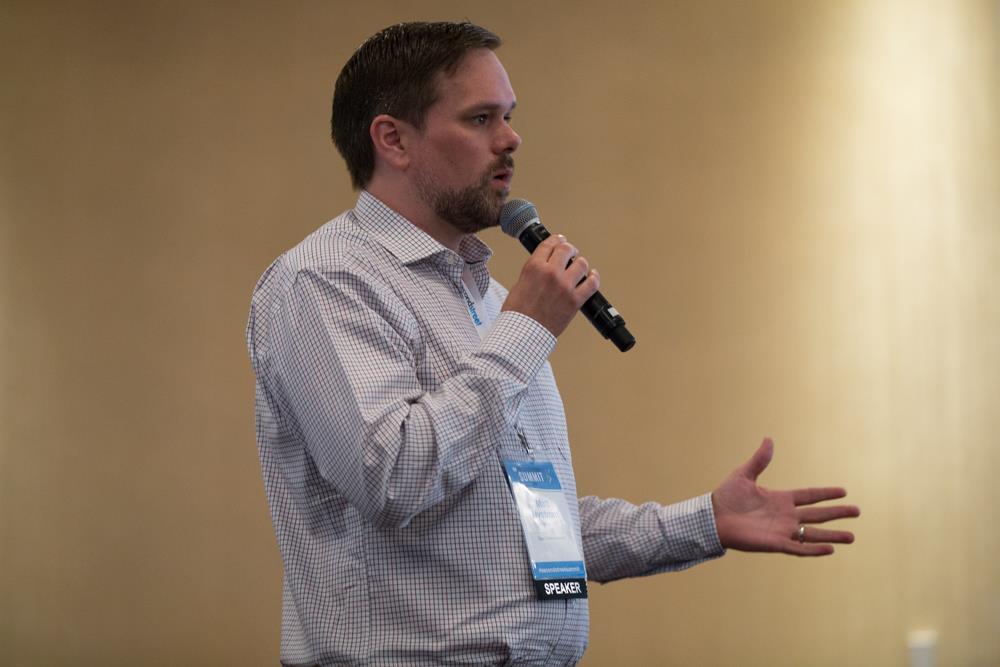 WSNY-FM had a bathroom rehab client who had already bought their spot schedule for the year. But the sales rep felt like there was still more that the station could deliver for them. The station created this Scariest Bathroom photo contest where users entered photos of their outdated bathrooms to win a complete bathroom makeover.

While there was only one winner, the contest generated a long list of hot leads. Each entrant was emailed an offer for a $1,000 off their bathroom remodel which resulted in 5-6 remodels for the advertiser (that’s HUGE for this type of client). WSNY has found that other home service businesses (basements, backyards, garages) are all prime candidates for these lead-generating contests and has already started implementing them. 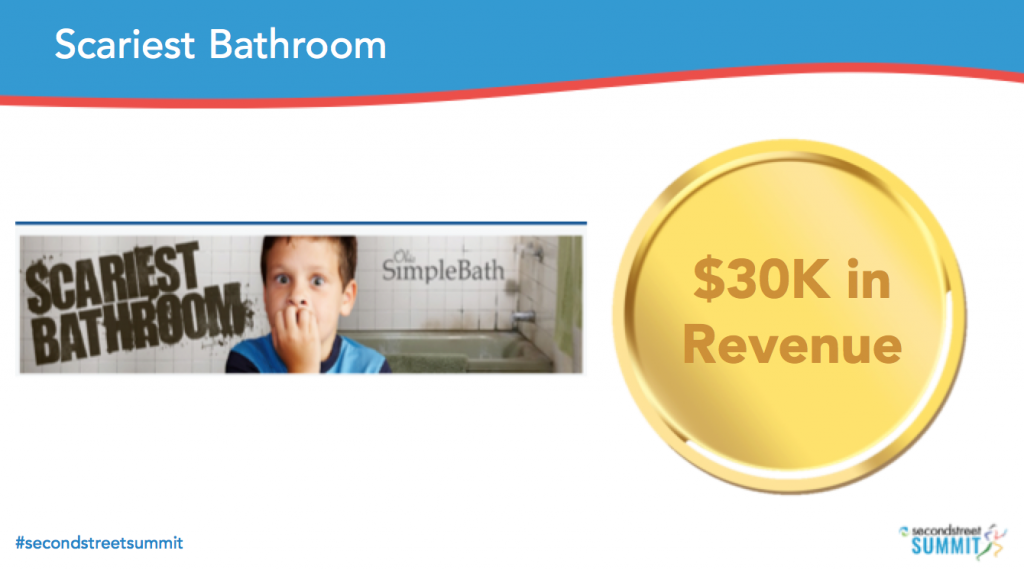 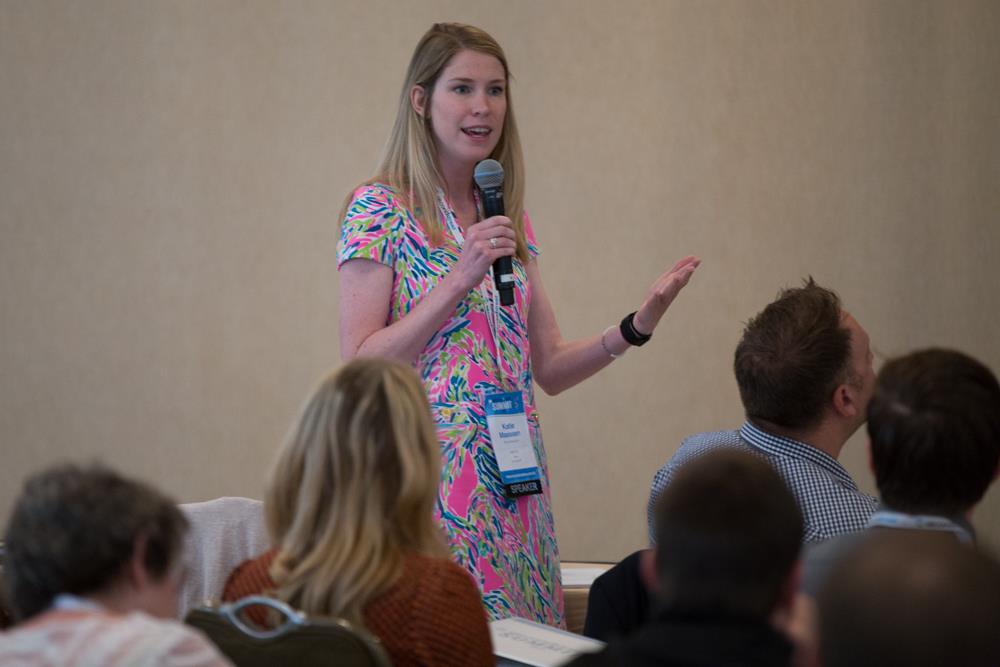 Katie Maassen kicked off her story with the video clip below – it’s a spot ad for their pro football pick’em. Not only did the video tell viewers where to register, but it also incorporated the KSDK sports anchors and the advertiser who would be VIP Pickers during the contest. How smart! 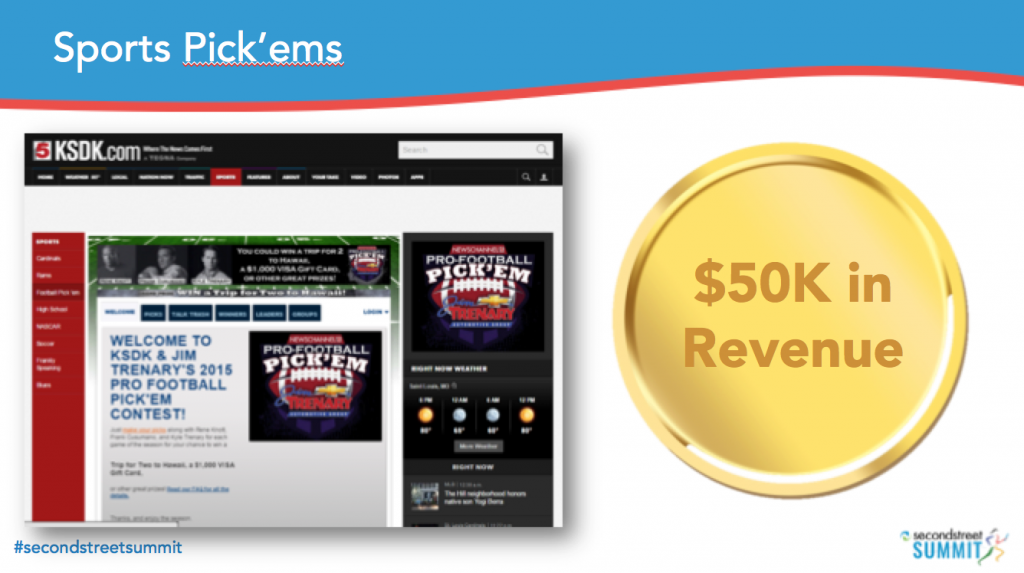 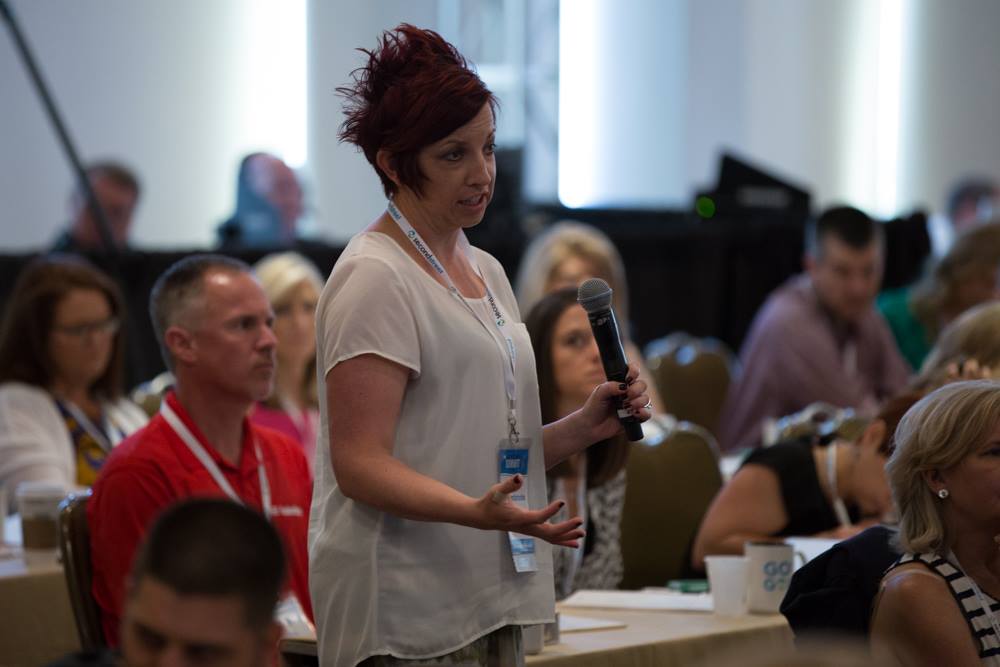 Colorado Community Media is a collection of seventeen weekly newspapers around Denver, CO. Their annual Best of the Best ballot seeks out reader favorites from all of the areas in their community. Running the digital ballot is one of their biggest initiatives, and it’s tied to the publication of a special section featuring all the winners. This special section is the big revenue driver as Colorado Community Media sells ad spots within the programming. This year, they’re on target to make more than $170,000 in revenue – over $10,000 more than last year. 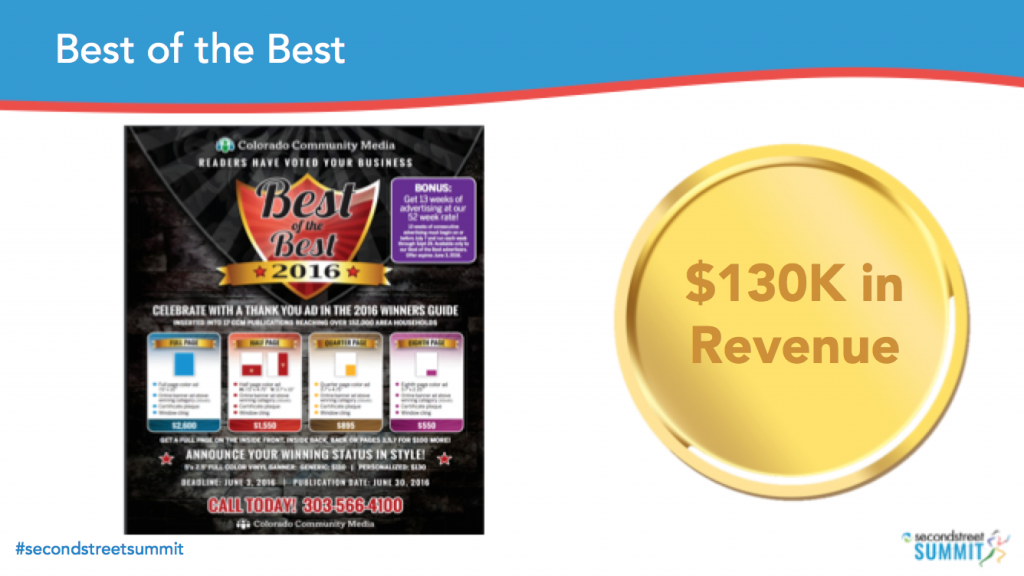 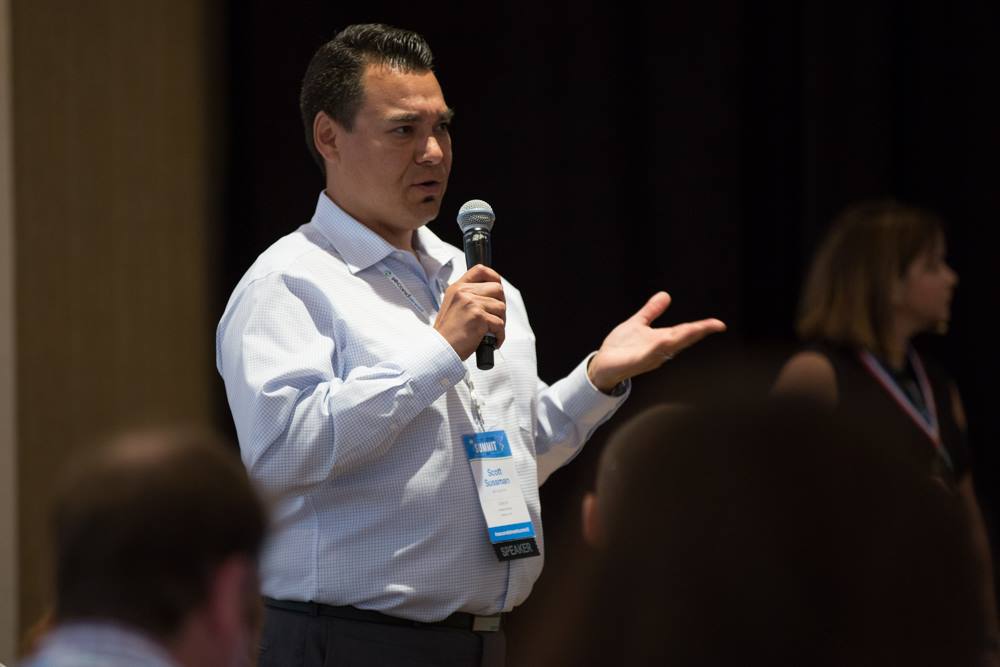 Scott shared two gold medal moments. KDRV had previously done a holiday sweepstakes, but they were looking for a way to rebrand it. With the 12 Days of Christmas Contest, they found 12 sponsors to participate at $1,000 each, plus two $50 prizes. Each sponsor was featured for one day of the contest where they received exclusive on-air spots, social media mentions, and more. Users were entered to win a daily prize or the 13th day grand prize including a prize from each sponsor. 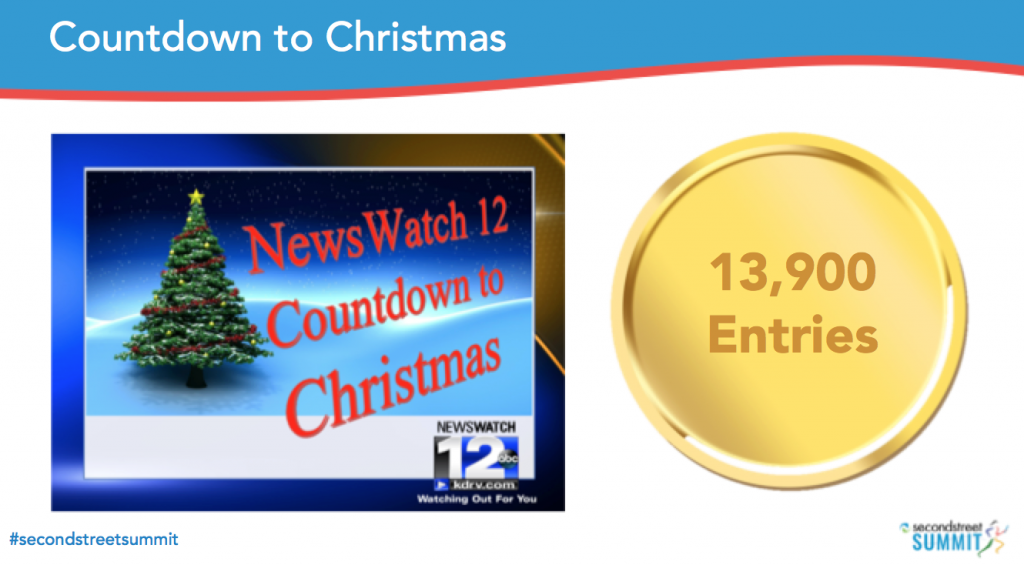 This was the second year of KDRV’s ecommerce golf card, and they were looking to double last year’s results of 300 cards. They decided to break sales up into two waves, one in the spring and one in the fall. The card featured a round of golf at twelve different area locations. Plus, the advertisers provided a Tip of the Week to be featured during sports broadcast. So, did the top the previous year’s results? I’d say so – The first wave of 300 golf cards sold out in 55 minutes; the second wave sold out in less than 48 minutes. 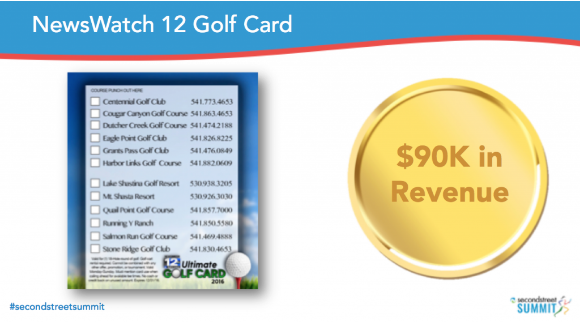 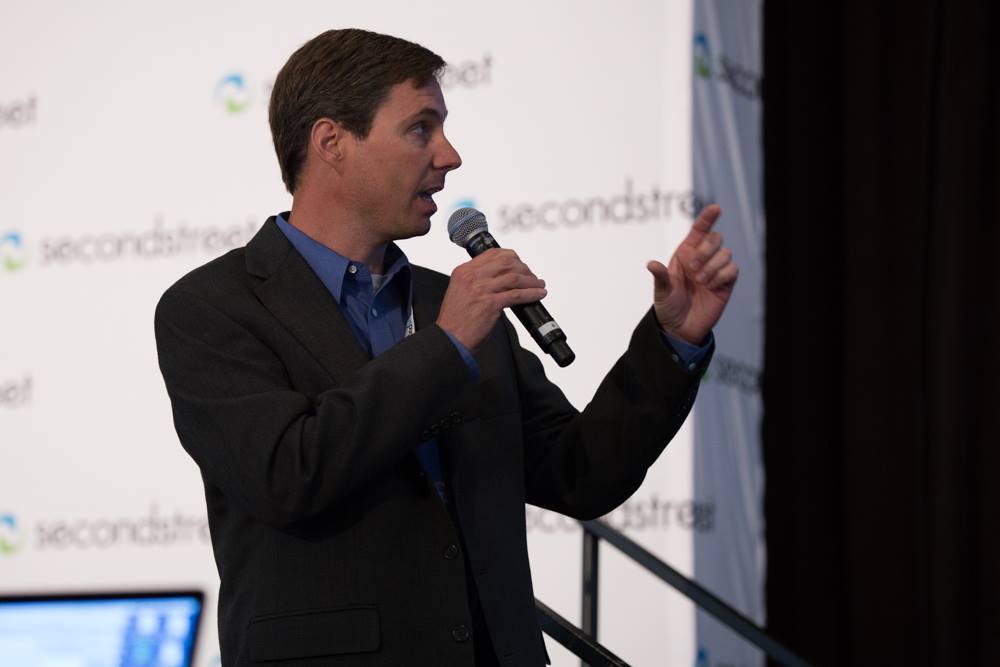 When the Steamboat Pilot was approached by a local yoga festival looking to increase attendance, they weren’t given a whole lot of time to produce results. But even on a limited schedule, the sweepstakes did outstanding.

The client landed 102 direct registrations from a code in the bounceback email, which means more than $23,000 in revenue for the sponsor. The client was so thrilled, they’re tripling their promotions budget with the Steamboat Pilot for this coming year. You can read the entire case study here. 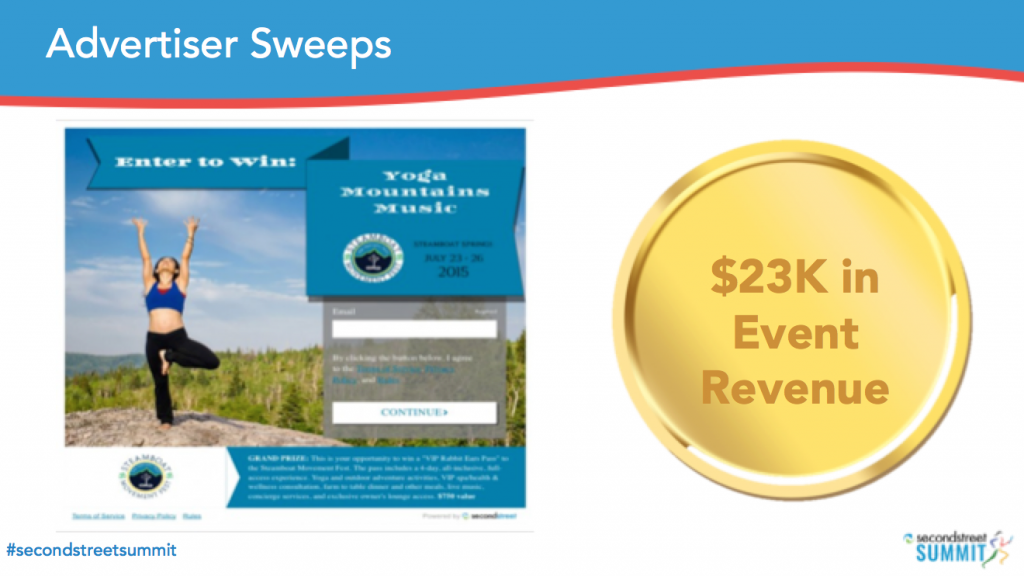 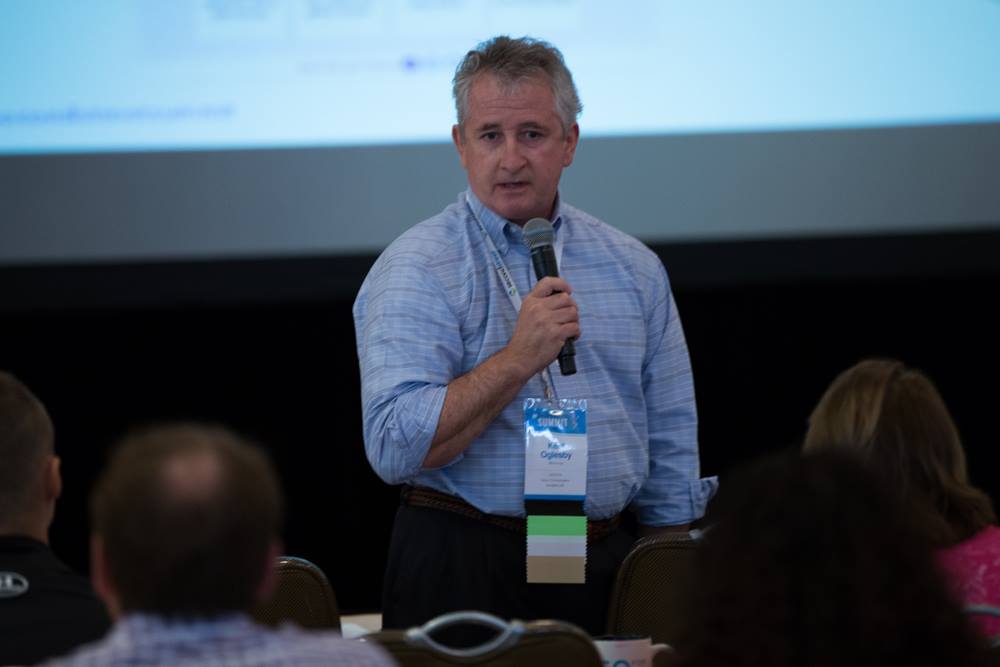 KY3 has found huge success from its partnership with Andy’s Frozen Custard. For years, KY3 has created sweepstakes, quizzes, and photo contests with the local eatery. And what do they claim is the key to this success? The CNA meeting. By figuring out what Andy’s goals were and creating campaigns specifically to achieve these goals, KY3 has been able to provide actionable results time and time again.

Over the years, KY3 has helped Andy’s Frozen Custard grow their database by 20,000 emails and more than 15,000 Facebook Likes. Now, the eatery is opening up locations all around the country, and KY3 is helping them cultivate consumer databases within these new markets.

So far this year, this one advertiser has brought in over $60,000 just this year. 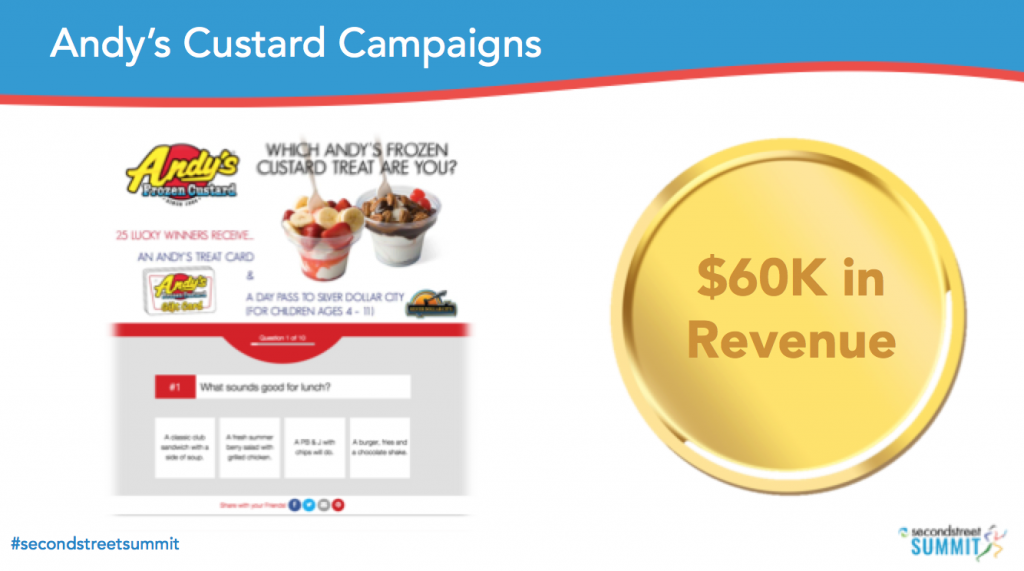 While getting a gold medal at the Summer Games is limited to just a small handful of people, every media company is capable of achieving their own gold medal moment.