Last year, while working at the smallest daily I have ever worked at – the State Journal-Register in Springfield, Illinois – we looked to generate more revenue with football than ever before.

The Marty Carry Pro Football Contest Model has been tested in 3 states for all sizes of weeklies and dailies.

Though we had much success with this contest in the past, we incorporated two new components to last year’s contest. The first new addition was our New Media Panel: we secured local newspaper, radio, and TV sports personalities go head to head each week.

We offered a variety of advertising packages and incentives. Print advertising ran for 23 consecutive weeks with center spread of sports on Sundays. Each advertiser was provided with one pickup each week, and an additional pickup provided to advertiser with the best picks each week. A full-page color ad was awarded to the advertiser with best record for the whole season. The advertiser’s VIP picks listed on Upickem site. 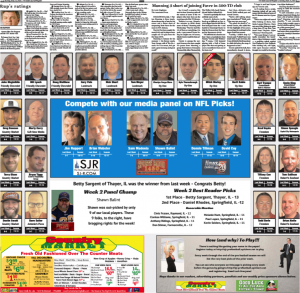 We relied a lot on buy-in from our sales team. First, we split our staff into teams with “coaches”, provide spiffs and competition for the teams to perform. We made sure they were prepared to sell by creating a plan book with in-depth materials for them including: reference sheet, mini spec layout, sales sheet, and customized program agreement.

We had a four-week sales contest, and each week ending with Football Fridays! Furthermore, we create sales incentives. Staff members earned $100 per single box sale, $150 per double box sale. The sales team with highest revenue total won a pizza party plus an additional $100 to each team member with at least one sale. 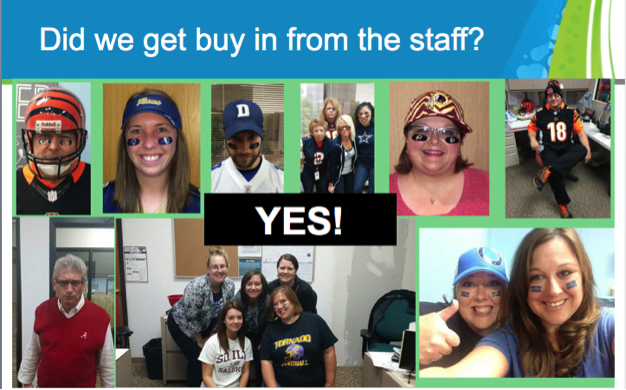 With more than 20 sponsors and advertisers, the promotion brought in $125,000 – our highest revenue total ever!

The key to success last year was to sell sponsorships as an integrated print and online promotion. The weekly recognition of winners was effective and helped keep everyone excited about the contest. We wanted our staff, VIP picks, and community to have a great time with these promotion, and we believe it showed in our overall success!

Marty is the former Vice President of Advertising Sales & Marketing at the Arizona Daily Star, part of Lee Enterprises, in Tucson, Arizona. Prior to joining the Daily Star, Marty worked at the State Journal-Register and The Wichita Eagle. He currently is the Founder of Cherish Local, a company focused on providing digital success for small local businesses.