Engage your audience during election season with interactive content

Don’t miss out on your chance to engage your audience during election season. Invite them to test their knowledge, find candidates they align with, and share their voting experience!

Which Candidate Are You? Personality Quiz | Seattle Weekly

For their mayoral election, Seattle Weekly hosted a personality quiz for readers to find the candidate who aligns with their views. With 21 candidates, the questions had to be well thought out. They included questions like, “Should Seattle divest from big banks?”, “Did you get interested in the mayor’s race before or after allegations were brought against Mayor Murray?” and “What should the city do about the youth jail?” These pointed questions on city-specific issues was a hit with their audience – over 4,200 people took the quiz! 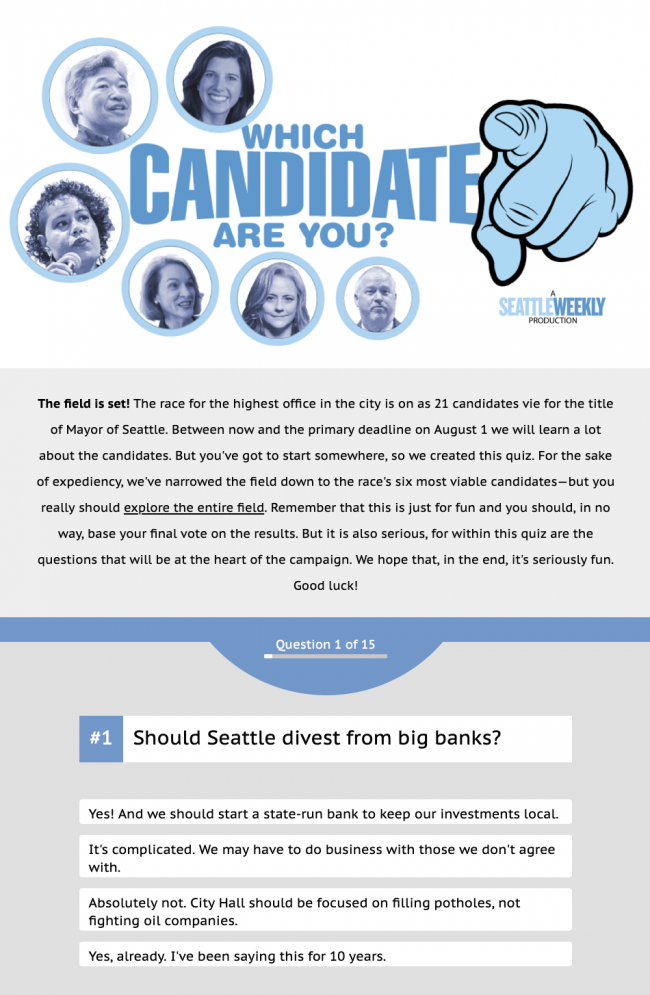 Are You Prepared for Election Day? Trivia Quiz | WAAF-FM

The team at WAAF-FM built this tongue-in-cheek trivia quiz as a fun way to see how their audience prepared for election day. They began by asking if users were registered to vote, and moved on to ask if they have plenty of booze, if they have plans to leave the country, and if they have a mask picked out for The Purge. 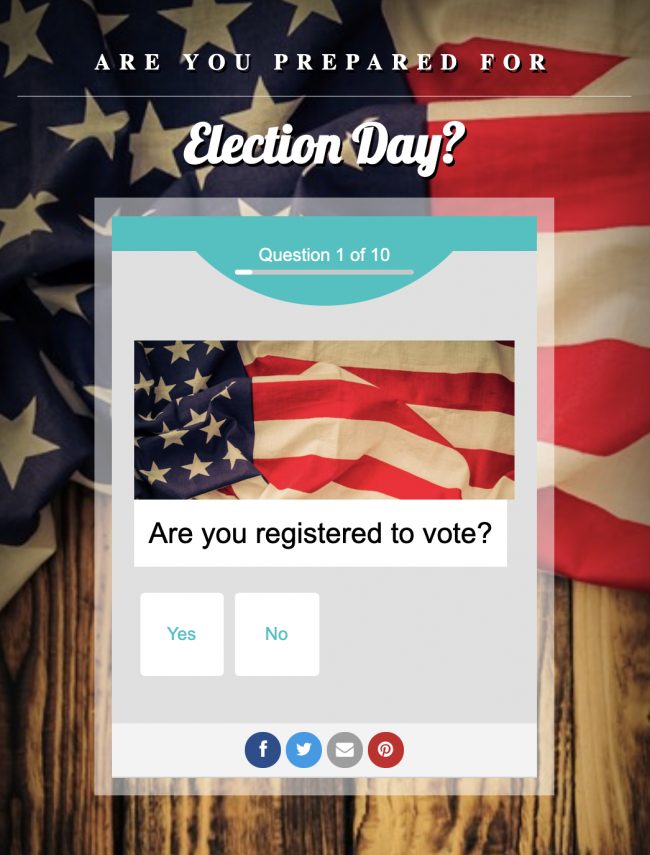 How Much Do You Know About Presidential Elections? Trivia Quiz | Columbus Dispatch

The Columbus Dispatch tested their audience’s knowledge on the intricacies of presidential elections and collected more than 200 entries! To make things even easier, we have this turnkey quiz available, so you can have this up and running on your site in no time. 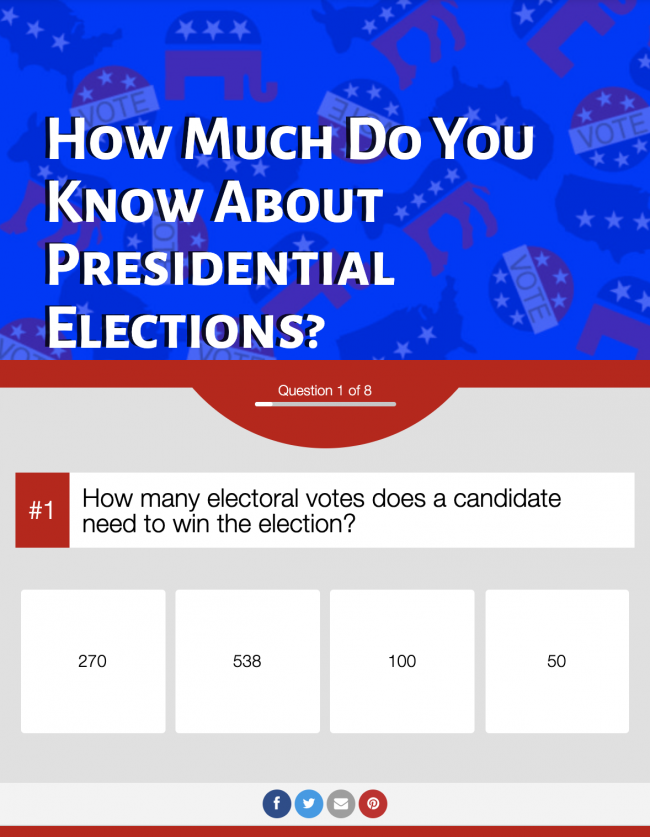 Asbury Park Press held an ‘I Voted’ sticker photos for the presidential election. This quick, two-day photo-contest invited readers to submit their photos to be displayed in a community photo gallery celebrating election day. 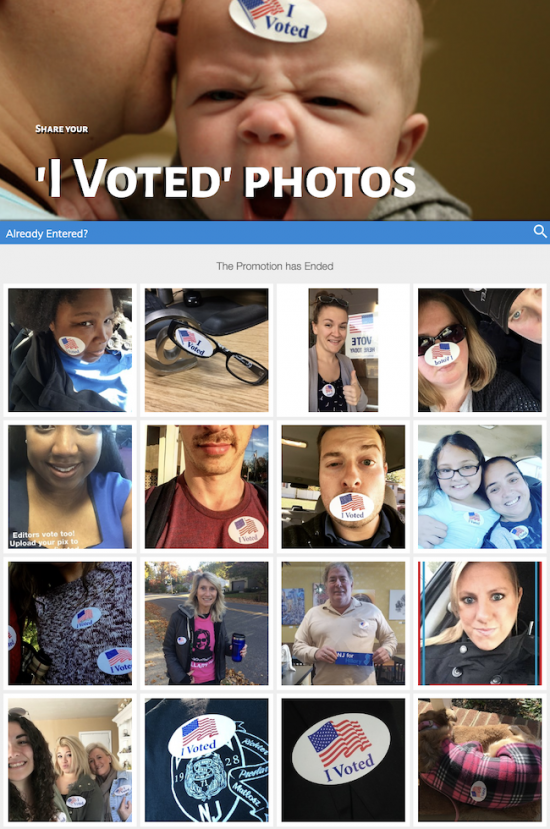 This Election Trivia Contest tested users on their knowledge of U.S. elections for a chance to receive a $100 Visa gift card and a United States flag that was flown over the U.S. Capitol. Nearly 400 people took the quiz, over 300 entered the sweepstakes, and Citrus County Chronicle collected more than 270 opt-ins. 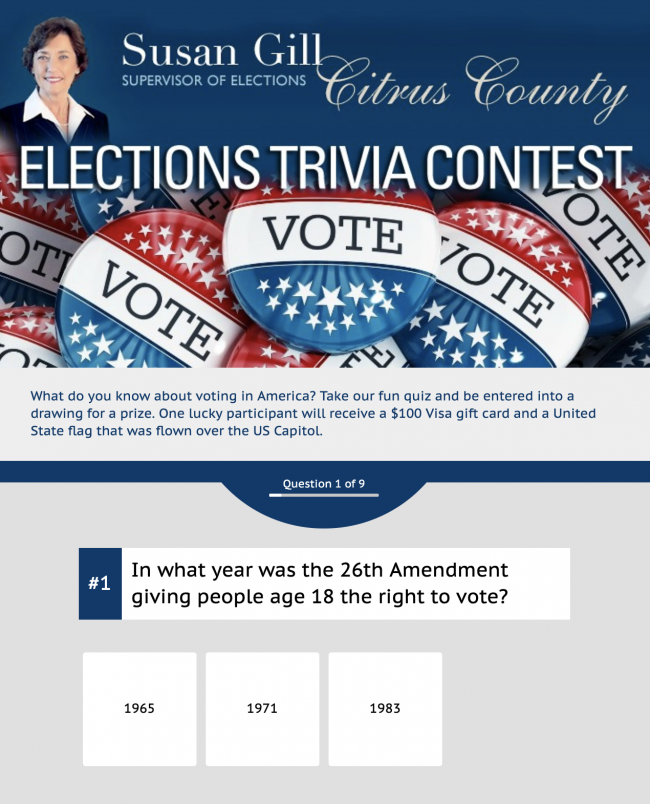 Which U.S. President Are You? Personality Quiz | Wisconsin State Journal

This personality quiz from the Wisconsin State Journal collected more than 5,400 quiz submissions! This simple, turnkey quiz was so engaging many users took the quiz more than once, hoping to get their favorite president as a result. 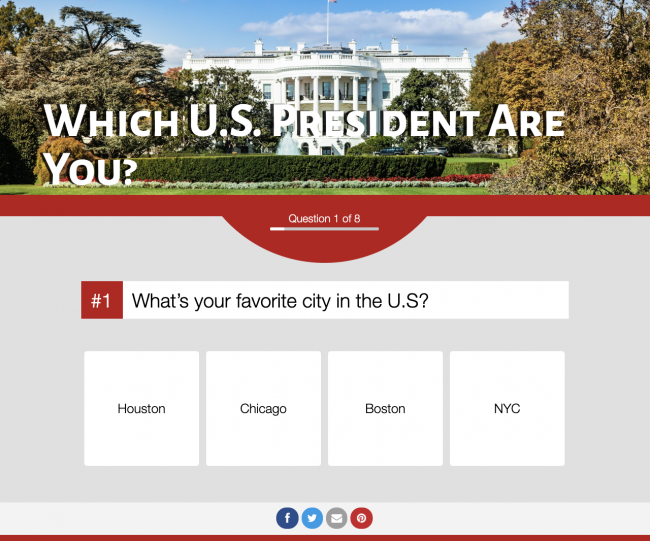 Times-News invited their audience to test their presidential trivia with this turnkey quiz. They secured four sponsors (a local furniture store, local jeweler, and local Christian school) for the promotion and tied in a sweepstakes for six $25 Visa gift cards. The quiz was taken more than 500 times, over 330 users registered for the sweepstakes and about 200 users opt-ed into Times-News emails. 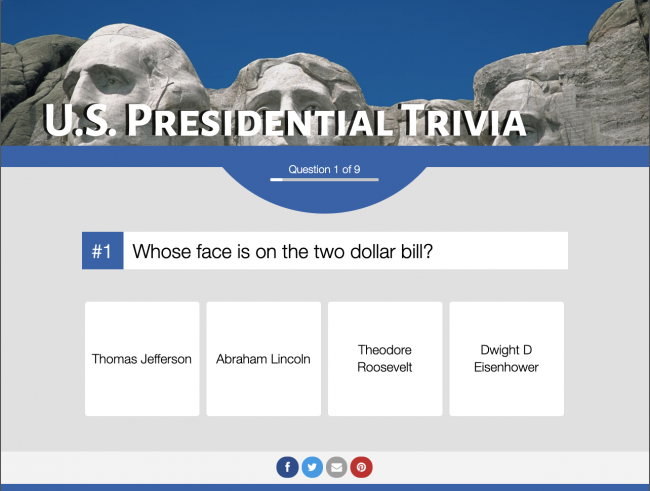 After the GOP gubernatorial debate, WJTV asked viewers who had the strongest performance. They previously used social media polls for such topics but with Second Street they collected over 2,000 responses. 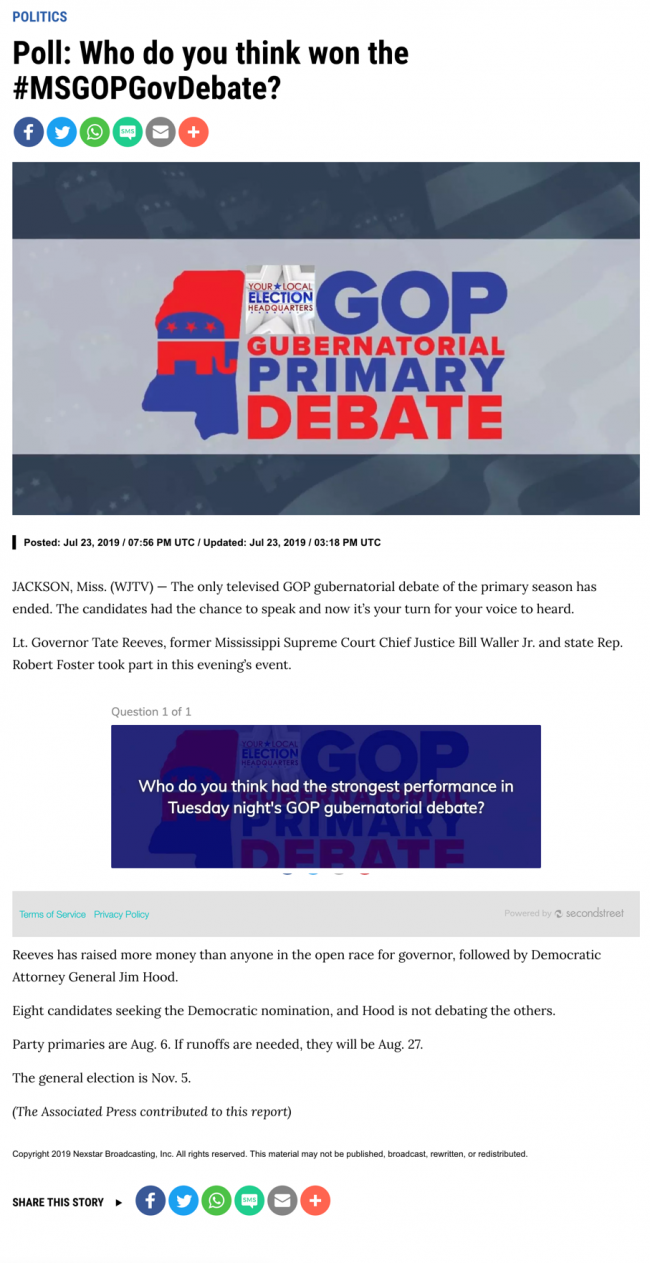 Don’t miss out on your chance to engage your audience this election season.