For newspaper, audience is king. A lot of time is spent on perfecting strategies to increase engagement, expand readership, grow pageviews, and increase time-on-site. Promotions can be the key to achieving these results and complementing your editorial content.

Here are ten examples of newspapers using promotions to produce results for their editorial team:

Looking for a way to engage their readers around the Fourth of July holiday, the Arizona Republic put together a trivia quiz featuring questions from the real U.S. citizenship test to run alongside a video. The quiz has gone viral being taken over 51,000 times. 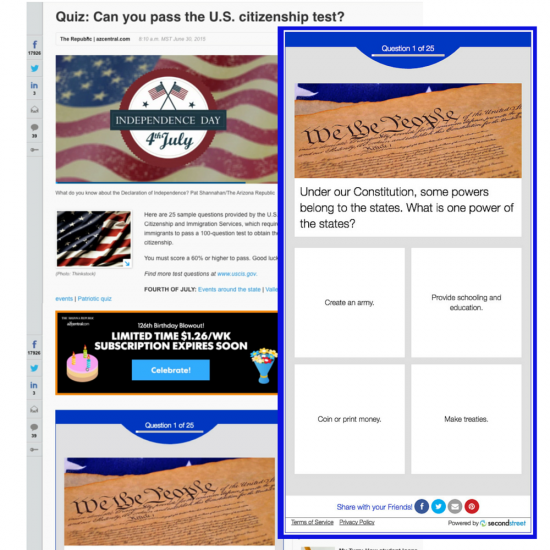 To correspond with the end of the 2015 Austin city council’s term, the paper created an in-depth 15-question survey asking users about their effectiveness – more than 1,500 people weighed in. The paper then published a special digital section looking back at the city council’s 2015 year and featuring the survey results. 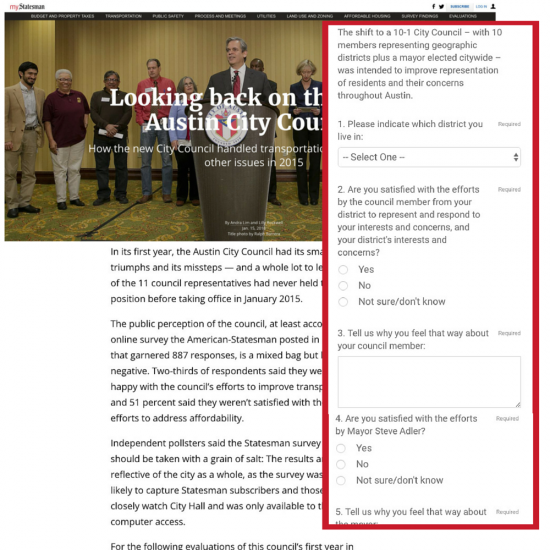 The Northwest Herald is creating quizzes to take their content to the next level. The paper is running monthly quizzes testing user’s knowledge of the news from the previous month. Not only do they include an email opt-in for news updates, but they also direct people to sign-up for breaking news updates via text messages too. 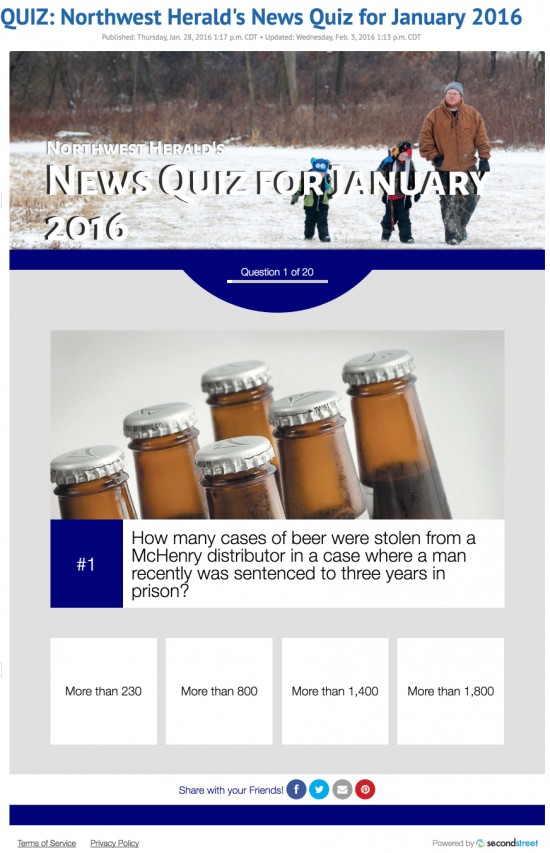 As a fun way to gear up for the NAIA women’s basketball championship games, Sioux City Journal hosts an annual cookie recipe submission contest. The paper requests a recipe from each of the 32 competing teams, coverage of the contest is published in articles in the paper and on the website, and the winning recipe is published in the paper’s food section. While the basketball championship draws a big crowd, this cookie contest is a big deal in its own right – receiving a whopping 181,000 votes.

The Times in Ottawa, IL know just how passionate people can be about about their favorite pizza places. To capitalize on this excitement, they created “The Pizza Games,” a creative voter’s choice ballot. Not only did they slice up nearly 2,500 votes, but they included an email opt-in to grow their database. The results were printed in a special pizza issue of the paper’s food section. 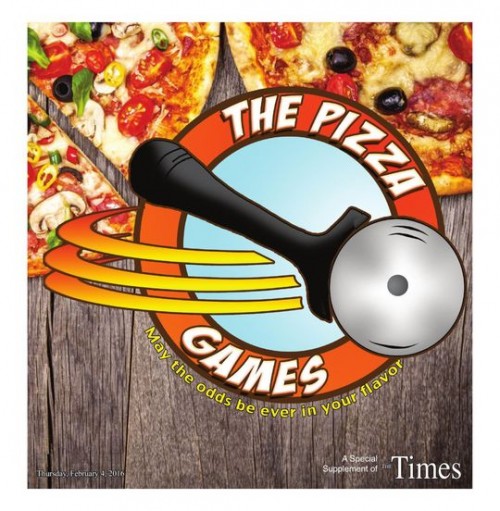 You can’t go wrong with a cutest pets photo contest – these always draw in a big audience and The Times News was no exception, with 371 entries and a massive 311,000 votes. The paper took the contest a step further and turned the winning entries into a calendar sold by the paper.

How Well Do You Think You Know Ireland?

Ireland conducts its countrywide census every five years. The Irish Independent created a quiz to connect with all of their census coverage and test users’ knowledge of information obtained from earlier censuses. This simple trivia quiz has now been taken nearly 19,000 times. 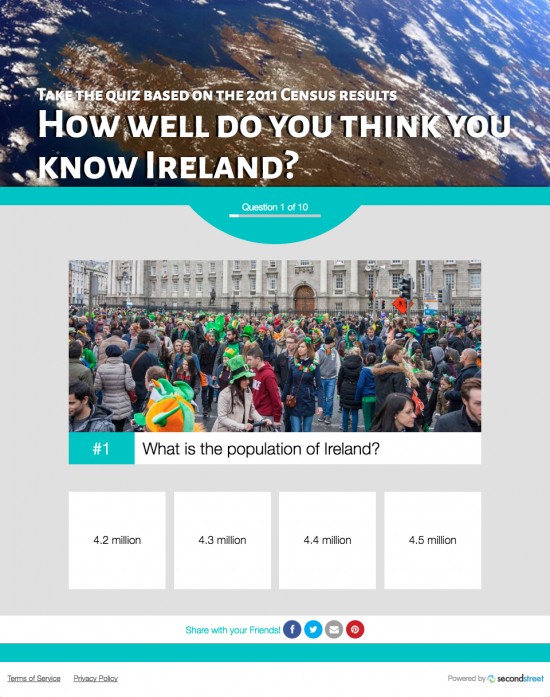 The Arkansas Democrat-Gazette runs a special section in March featuring attorneys and lawyers. To determine who to include, the paper runs a write-in submission contest seeking nominees and votes. 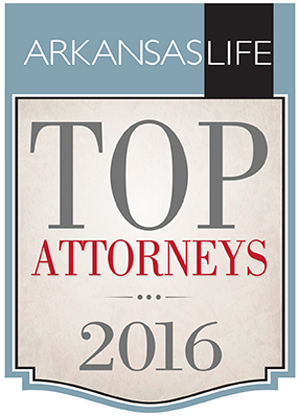 This photo sweepstakes has been a big hit with Miami residents. This year, it drew in over 3,500 entries – nearly 1,000 more than the previous year. The paper prints user photos within one of the paper’s Sunday special sections. 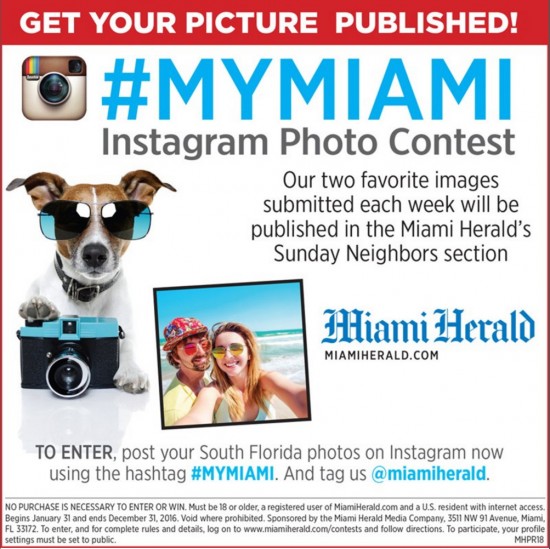 The Chilliwack Progress wanted to celebrate their local hockey team’s 25th anniversary. This contest had users submit their votes for the best players throughout the 25 years. The paper then published the results in their sports section.