You haven’t registered for the Second Street Summit yet? Here’s why you and your team shouldn’t miss it

The Second Street Summit is almost here – it’s taking place on June 12th and 13th in St. Louis, and this year is going to be our biggest yet!

Even if you’ve been to the Summit in the past, we think this year’s event is one you can’t afford to miss. Here are 11 reasons you’re not going to want to miss the Summit:

Lots and Lots of Revenue Ideas

Each year, Summit attendees come away with tons of actionable ideas to generate revenue and engage their audiences with promotions and interactive content. This year, with the addition of new and improved engagement types, such as ballots, we’re prepared to share more ideas to inspire you than ever before.

Back in the office and ready to hit the ground running! #secondstreetsummit pic.twitter.com/zz3FME2gab

Learn How to Monetize Your Database

This year’s Summit features multiple sessions on creating a new revenue stream by utilizing your email database. We believe building a strong database is crucial for the future of media companies. They allow you to engage your audience with newsletters but also make money around direct marketing and lead generation for advertisers.

An Evening of Blues, BBQ, & Beer

St. Louis is known for its soulful blues music, and this year’s Summit will give you a taste into some of our favorites. On Monday night, join us for an evening of music, craft beer, and sampling some of St. Louis’ best barbecue all while getting the chance to network with peers from around the country.

St. Louis is known for its soulful blues music & BBQ. This year’s #secondstreetsummit will give you a taste into some of our favorites. pic.twitter.com/6ZREKeXwcC

Connect with Your Peers

Brand new to the Summit this year is the ability to choose from four different breakout session tracks! These tracks will allow you to interact with peers with similar job roles, as well as take a deep-dive into the content presented.

The tracks for this year include:

Past Attendees Recommend It

Last year 98% of Summit attendees said they’d recommend the event to a colleague. Additionally, most attendees plan to bring more members of their team to this year’s event than they did last year. Watch this testimonial video to hear why they think you should attend.

Are you ready to pack your bags? Click here to register now for the 2017 Second Street Summit! »

Advertisers want to invest in strategies that provide them with measurable results. Join us to learn how to choose the right engagement campaigns to generate leads for each advertiser in your market and provide them with first-party data.

Summer is a great time to visit St. Louis. We suggest you take in the sights and sounds of Cardinal baseball at Busch Stadium or check out the newly renovated grounds at the Gateway Arch. In past years many attendees have flown in a day early to check out what this amazing city has to offer.

Not a bad view for tonight! Ready for the @secondstreet summit tomorrow! #secondstreetsummit #Radio #STL pic.twitter.com/qOF8NWfPAB

The Second Street team has been busy at work developing some awesome new promotions and interactive content types. Join Second Street Co-Founder Doug Villhard to be the first to see what’s coming next and learn how to best utilize the newest additions to the platform – including ballots.

We’re bringing you behind-the-scenes video from three award-winning media companies. Hear testimonials from advertisers that love measurable results, a cross-departmental team that tripled their digital revenue, and a market that made over $100,000 with a single engagement campaign.

We're bringing you behind-the-scenes video from 3 partners at the #secondstreetsummit. Hear from their advertisers, digital teams, & more. pic.twitter.com/AK5eNPfCvs

Wake up early and join your peers for our (optional) morning jog to see the Gateway Arch and the iconic “muddy” Mississippi River. We’ll feature a shorter loop for casual runners/walkers and a longer loop for those looking for a bit more of a challenge.

Morning run to the Arch with a great group from the #secondstreetsummit pic.twitter.com/0P1KSzkeTk

For this year’s keynote we’ll be joined by Kirk Davis, Chief Executive Officer of GateHouse Media. He’ll share how they grew their promotions and interactive content revenue by 5x to over $9 million and email database by 80% over the course of just one year. 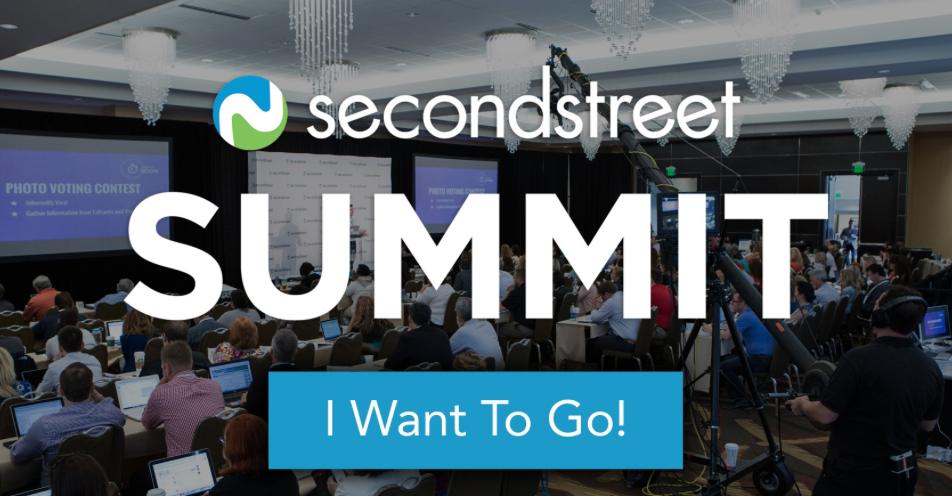 Matt is one of the Co-Founders and Presidents of Second Street. He started his career in media technology at Pulitzer Technologies as Director of New Business and Product Development. When Matt isn't traveling and speaking at media industry events, he's cheering on New England sports teams, reading, and spending time with his family.