When you use a 3rd-party app for Facebook contesting, you’ll be setting yourself up for longterm success

While it’s possible to administer a promotion on Facebook using only Facebook functionality (“comment to win,” Like to win,” and so on), there are many reasons that using a third-party app for Facebook contesting is a good idea. But what does a contest run through a third-party app actually look like? Let’s take a look.

First, you access the contest app through a link in a post or a tab at the top of your Facebook page, as ABC15 chose to do: 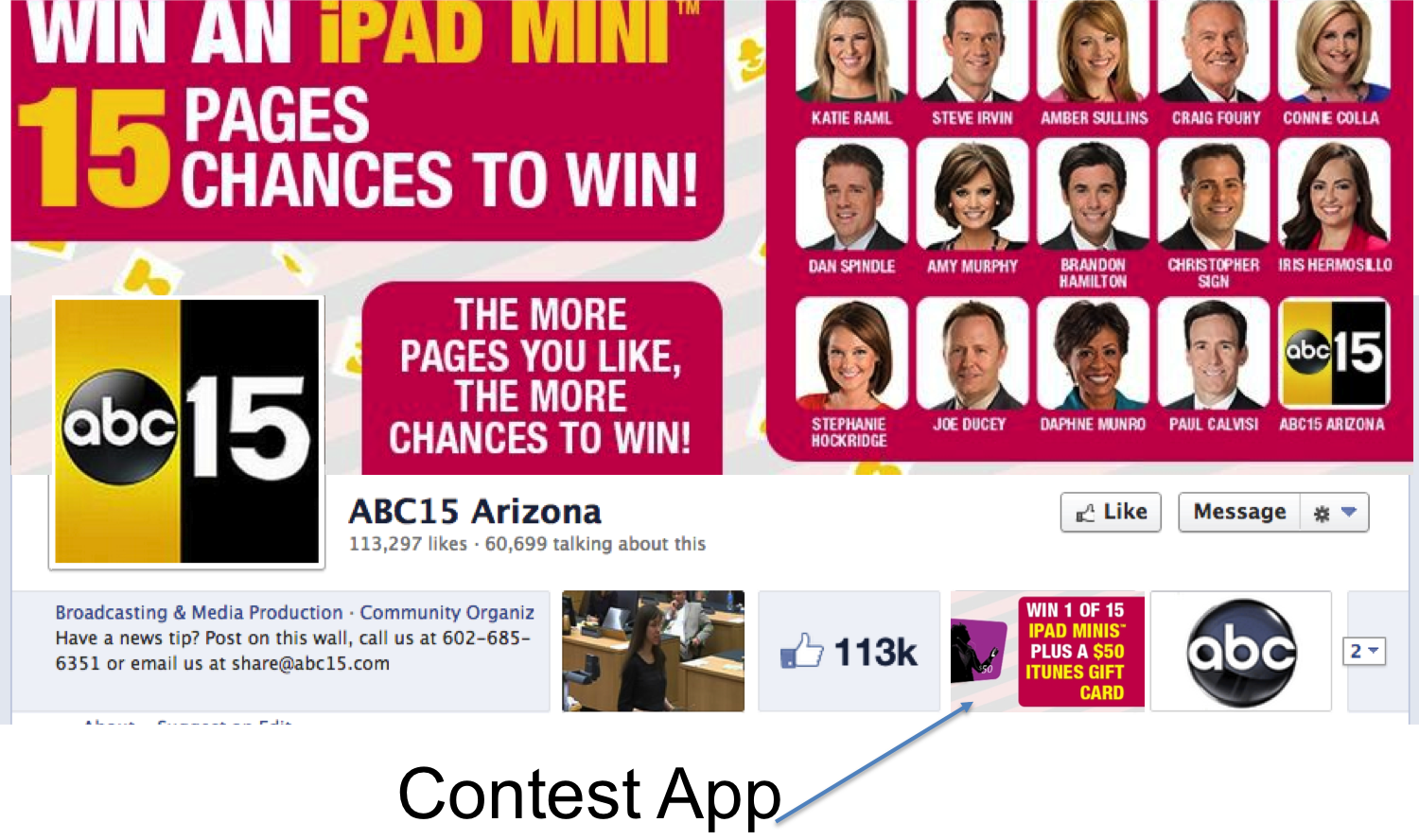 When an interested person clicks the Facebook tab to enter the contest, they will see the entry form. Since the entry form is run through a third-party app and not directly through Facebook, the data is yours to keep.

This is where an app gets really cool. You can leverage the power of referral features – you can see below that folks are encouraged to share it with their friends to get more entires, propelling your contest to go viral and tapping into a whole new universe of potential fans. 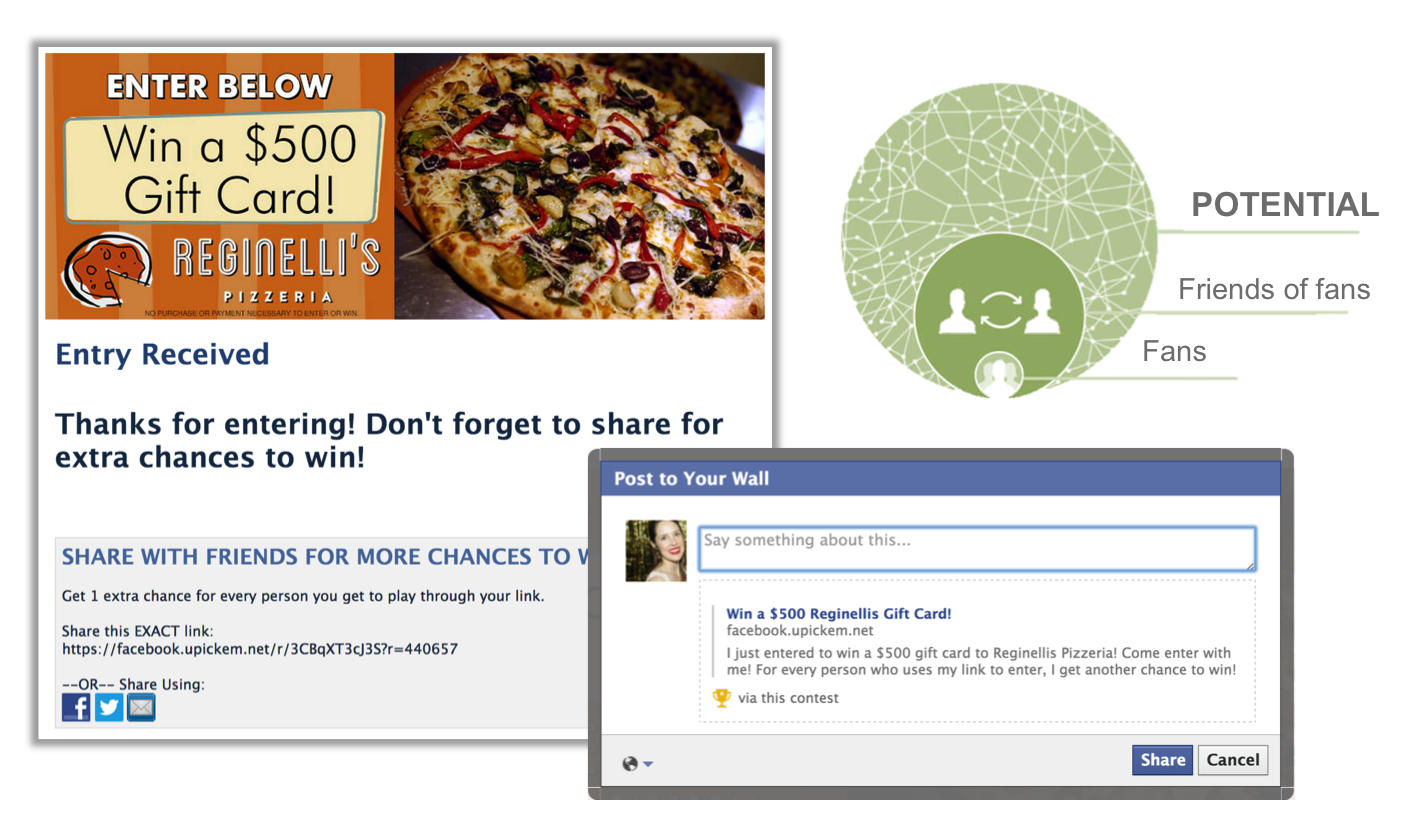